Stay of eviction victory for residents 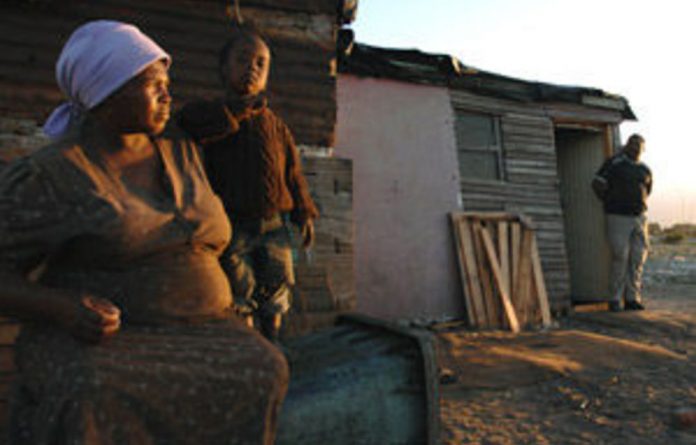 The threat of mass evictions has been lifted from residents of Cape Town’s Joe Slovo informal settlement.

On Thursday the Constitutional Court discharged an earlier supervised eviction order handed down by the same court. The ruling allows residents to continue engaging with the government over an upgrade of the settlement.

The community, which numbers about 20 000 residents, had approached the court to fend off eviction by the state. The Western Cape and national housing departments wanted to develop the area into a public housing project.

In its June 2009 judgment the court handed down an eviction order and a supervisory execution order that insisted the state had to meet several timelines and other requirements. These included “meaningful engagement” between the community and the state over their removal and that it would provide alternative accommodation in temporary residential units of not less than 24 square metres, serviced by pre-paid electricity and with reasonable access to waterborne sewerage systems and communal ablution facilities. It required the state to provide transport for relocated residents to schools, places of work and healthcare facilities.

But the government did not adhere to the timetable regarding community engagement over relocation set out by the court. Instead, it expressed concern, about the project’s financial viability and the “social, financial and legal impact” on Joe Slovo residents of a relocation of “massive proportions” and it placed an in situ upgrading model on the negotiating table, saying that it had been “positively received by [residents] and their legal representatives”.

A full sitting of the court considered whether it was permissible for it to discharge and not vary its original order and, if so, the “circumstances in which this can be done”.

Irrelevant timetable
It found that it was “now common cause that the most likely course for the redevelopment of the Joe Slovo settlement area is in situ development” and that applicants would be asked to relocate only if new houses had been built and allocated to them.

The court found that the timetable had “become irrelevant” — there had been “little or no engagement on the relocation process” — and its stipulation of a 70%-30% split of the housing allocation in favour of residents was no longer applicable, as the government had given an assurance that the entire project would be for residents and former residents of Joe Slovo.

With these aspects of the original order having fallen away, the court found that “it cannot be just and equitable to leave [the eviction] order in place, more particularly because the order has been in suspension for more than a year”.

It discharged its original order with the exception that the developer, Thubelisha Homes, the Western Cape housing department and the national housing minister were still responsible for paying 50% of Joe Slovo residents’ legal costs.

Meanwhile, the Supreme Court of Appeal in Bloemfontein this week ordered the city of Johannesburg to provide temporary emergency accommodation by no later than June 1 this year to occupants of derelict buildings facing eviction.

The city had appealed against an earlier High Court judgment ordering it to provide alternative accommodation for about 100 people facing eviction from a privately owned former carpet factory in Saratoga Avenue, Berea. The owner is private property company Blue Moonlight Properties 39.

In the judgment, by Appeal Court Judge Mohamed Navsa and Acting Judge of Appeal Clive Plasket, the city’s housing policy was declared irrational, discriminatory and unconstitutional because, among other things, it drew a distinction between people it evicted from unsafe or “bad” buildings owned by private landowners and persons evicted by private landlords for other reasons. Furthermore, it was deemed “inflexible” in not allowing for the provision of temporary accommodation for persons evicted from privately owned land, even if they were desperately poor.

The court found the city had been vague about the affordability of meeting demands for housing as it had mostly addressed the costs involved in providing permanent housing as opposed to temporary emergency housing for occupants.