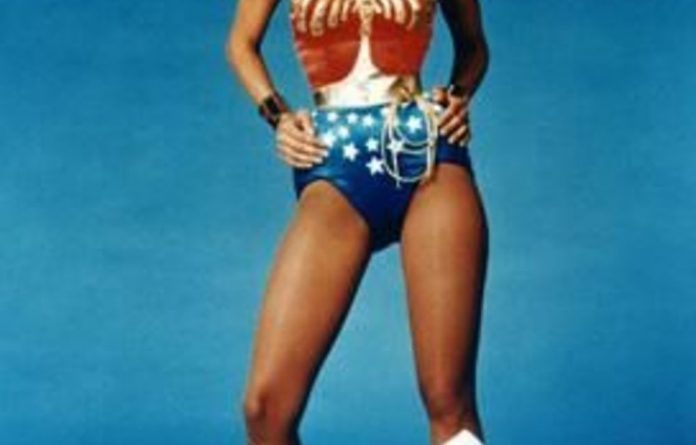 The main thing wrong with the new Wonder Woman is not that she is wearing too many clothes, or too few; or that her costume is too shiny.

It is not that her breasts and hips are too large or too small; it is not that she is too sexualised for the sort of television audience watching a David E Kelley remake of Wonder Woman in 2011. The problem with Adrianne Palicki, the new Wonder Woman, is that she is not Lynda Carter and it is not 1979 and I am not four years old.

I loved Wonder Woman. Saturday teatime we watched Wonder Woman on a black and white TV and the rest of the week we dressed up as Wonder Woman, pretended to be Wonder Woman in the playground, imagined that when we grew up we would be Wonder Woman and generally were so heavily influenced by her whips and hotpants that the idea of a woman having a secret identity in which she was a powerful, flying, crime-fighting machine became internalised into something like empowerment.

I know a lot of men say that Lynda Carter was their first crush and I imagine they look back on Saturday afternoons as a time of sexual awakening, but I fell in love with her too, the way I loved my nursery teachers, cousins, aunts and all the other sensible, infallible women who were the infrastructure of my childhood.

When I see photos or footage of Carter, I feel happy and comforted. I remember her as a calm, strong, safe presence. Her voice was deep and soothing, her hair was sensibly cut, her work clothes were on the side of frumpy.

Even her glam rags were practical, in their way. Every part of the outfit had a purpose — the headband, the belt — and years of experience have since taught me that it’s easier to run after villains in flat boots and knickers than in a knee-length skirt and a pair of court shoes.

Suitable role model
There was no nonsense about her Wonder Woman. She was the kind of straightforward, unflappable hero that was all the rage at the time. She didn’t have demons or moral confusion. She just got the job done and then went on to be charming on the Muppet Show.

There is much talk about what sort of woman makes a suitable role model for girls. Generally, I’m not a fan of this argument. The insistence that all grown women conduct themselves as though they were permanently and personally in charge of the moral development of children is restrictive and infantilising.

If Carter’s Wonder Woman was a role model for me, it was probably an inadvertent outcome. Comic books and superheroes are a largely male preserve. Foremost in the astonishing achievements of most women superheroes is the ability to run without blacking an eye on one of their enormous breasts — their superior corsetry is as unheard of in the real world as shape-shifting or X-ray vision. I drew strength from Wonder Woman because she seemed utterly feasible to me. The women I knew were invincible. They made things better and I trusted them absolutely.

As I grew up, other fictional women entered my consciousness and their flaws and complications increased, as did the flaws and complications of the real women I knew. Some things could not be mended. Sometimes I was right and they were wrong. Wonder Woman became as kitsch and comforting a memory as that of eating marshmallows with my sister in front of the TV on a Saturday.

Adrianne Palicki will never be part of my childhood, but she might well become a part of my daughter’s adolescence, or my nieces’ formative years. It doesn’t matter if she wears wet-look leggings rather than shiny tights – what is important is how these girls will accommodate her into their reality. Will a strong woman seem to be a fiction? Will an attractive woman be perceived as incompetent or assumed to be stupid? I have to do my best to make sure Wonder Woman seems possible. And if I ever choose to do that in costume, I’m keeping it to myself. — Guardian News & Media 2011