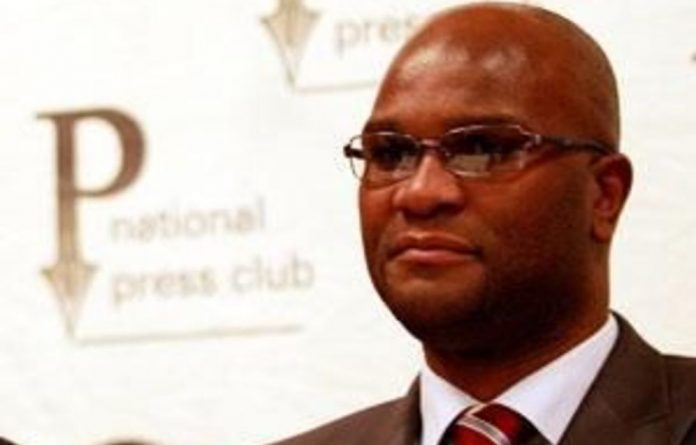 It is “inappropriate” to draw conclusions at this stage on what led to the death of a protester in a scuffle with the police in Ficksburg, Police Minister Nathi Mthethwa said on Thursday.

He expressed confidence that the Independent Complaints Directorate (ICD) would investigate the incident without delay and “without fear or favour”.

Mthethwa urged the public to allow the investigative process to run its course.

“From where we are, it will be improper to draw conclusions on the incident, but [we] remain confident that an impartial investigation will inform us what transpired, who was in the wrong, and so forth,” Mthethwa said in a statement.

Andries Tatane (33) was allegedly beaten to death by the police during a service delivery protest in the eastern Free State town.

Police allegedly fired rubber bullets into Tatane’s chest and then beat him with batons.

Attacked
The Times reported that Tatane was allegedly attacked by at least six policemen “simultaneously”. He was seen holding his hand against his chest after the assault and collapsed about 20 minutes later. He died before the ambulance arrived.

In a statement issued nearly two months ago, the police ministry said strikes were “democratic” and that citizens had the right to express themselves.

However, the Constitution did not allow for “violent, barbaric, destruction of property and intolerant conducts, including provoking … police”.

The ministry said the majority of strikers were tolerant and law-abiding, but that a “minority” had “criminal mindsets”.

On Thursday, Mthethwa called on those involved in marches to remain disciplined and to refrain from provoking or insulting the police.

It was the police’s role to maintain public order and protect law-abiding and disciplined citizens, he said.

‘Apartheid-era tactics’
The ANC earlier called on Mthethwa to probe the alleged beating of Tatane.

“The ANC strongly condemns the brutal beating of the man to death — a chilling and sad scene which was later shown to millions on national television news by the SABC.

“It was totally unbelievable, shocking and disgusting to see images on our television screens of such extreme police brutality and murderous activity.

“No amount of wrongdoing by the protesters necessitated such brutality and killing on the part of our law enforcement officers,” he said. — Sapa