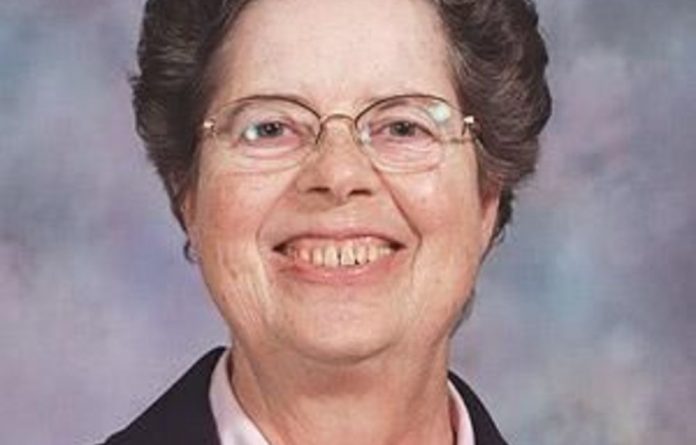 Lloyd Blankfein, the head of Goldman Sachs, may believe he is “doing God’s work” but Sister Nora Nash has other ideas. A nun and one of the Sisters of St Francis of Philadelphia, Nash says her founding saint would be “spinning in his grave” if he knew what the Goldman elite were paying themselves. Next month she will join an interfaith group of investors at the bank’s annual general meeting, who plan to make sure that Blankfein and his associates know exactly how they feel.

Goldman is paying its top five directors just shy of $70-million for all their hard work in 2010. It’s a sum Nash, a twinkly eyed, soft-spoken woman, describes as “sinful”. As the director of corporate social responsibility for her community, she has put her name to a resolution that calls on the bank to review “excessive” pay deals, give shareholders more detail and justify its remuneration policy. It has no chance of being passed but Nash believes she has a higher calling – to hold up a mirror to corporate United States in the hope it might see its true face and mend its ways.

“There is a culture of greed and this culture tells me there is a philosophical and ethical divide between these corporations and the ordinary person on the street,” she says. “The middle class is disappearing. We are really concerned about the person who owns a home, does their job, lives as best they can. There is an awful lot of goodness in the American culture that is being swamped by greed, by selfishness. Everybody wants to be on top.” And that culture is exacerbated by a corporate elite that thinks its outsize pay packets are justified, she says.

“I know Goldman think they have been singled out but they haven’t,” she says. Two years ago Goldman was memorably described as a “giant vampire squid” in a venomous Rolling Stone article that has become one of the signature credit crunch polemics. However, Nash is more emollient. “At this point Goldman is not too bad,” she adds, smiling.

‘Social justice criteria’
Ford is paying its chief executive, Alan Mulally, $26-million; Viacom’s Philippe Dauman got $84-million last year. Nash says: “The median pay of the top 200 managers of companies in the US is more than $9-million. Isn’t that sinful? How can anybody rationalise that?”

What does she mean by sinful? “It meets no social justice criteria,” she says. “What we are saying to people like Goldman Sachs is that this is excessive, excessive, excessive. Lloyd Blankfein could make in three hours what the average American makes in a year.”

The Sisters of St Francis and other members of the Interfaith Centre on Corporate Responsibility (ICCR) will be out in full force at Goldman’s annual meeting on May 6. The protest is part of a wider set of campaigns aimed at issues including work safety, human trafficking and environmental protection. They have been verbally attacked by shareholders at other meetings but Nash now believes that there are many out there who agree with her message.

Founded in 1855 by Maria Anna Boll Bachmann, a Bavarian immigrant who saw it as her mission to help the poor, Nash’s convent is part of Neumann University in Aston, Pennsylvania. Bachmann’s advice to her sisters in the order was “no risk, no gain” — a slogan that would sit comfortably on an oak desk at Goldman Sachs. And therein lies the difficulty for the nuns and Goldman — both may use the same words but they speak different languages. Goldman has called the resolution “a distraction” that “would not provide shareholders with any meaningful information”.

The nuns have an investment portfolio for their retirement and it’s Nash’s job to make sure it generates social as well as financial gains. To that end she and other members of the ICCR were recently invited to a meeting in New York. Little was accomplished. “I just don’t think that they get it,” she says.

Like other corporations, Goldman claims it has to pay top wages to keep the best staff. But Nash disagrees. “That didn’t work for BP,” she says.

“A year ago the securities and exchange commission [the US financial regulator] charged Goldman Sachs with fraud.” All this money doesn’t prevent major disasters, she says. In fact, she argues, it may encourage it. Excessive risk-taking and excessive wages go hand in hand.

Charitable works and jokey asides about “doing God’s work” are all well and good, Nash says, but Goldman and its peers must answer to a higher power — society at large. “My feeling is we are dealing with a corporate world that is almost at the brink of collapse. It can’t go on this way. How many houses do we need? How many boats? We are going to reach a level where we have to be satisfied with what we have.” —