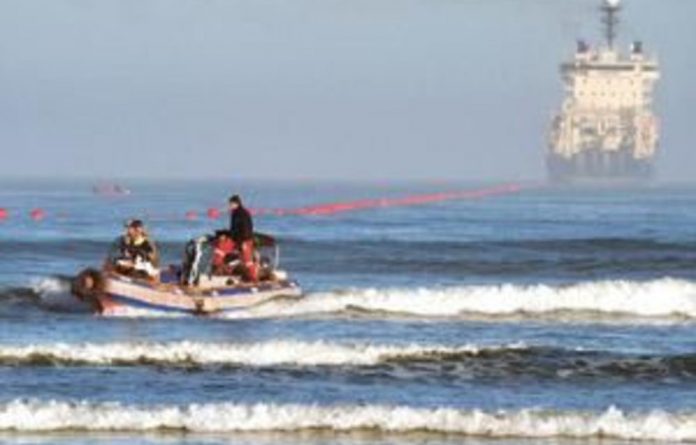 The arrival of the Western African Cable System — or WACs — that landed in the west coast town of Yzerfontein on Tuesday will accelerate competition in the local market. But, according to experts, the impact on broadband prices may not be immediate — bottlenecks in the country’s terrestrial fibre-optic network still remain a perennial impediment to lowering the costs for end-users.

The undersea cable, stretching 14 500km along the west coast of Africa to London, is an armoured shell of wire, tar and copper, housing eight slim strands of fibre-optic cable.

These tiny, light filled filaments have the potential to double South Africa’s broadband capacity in coming months. With a design capability of five terabits/second, it equates to the ability to download 8 000 DVDs a second.

According to the ICT expert and the founder of community-based telephone network Village Telco, Stephen Song, the arrival of a fourth entrant into the market will have a significant impact on the competitiveness of the local market. “This is where it will get interesting,” said Song. “It will work as a trigger for greater competition.”

The Seacom cable which landed in 2009 had a significant impact on broadband prices in the country. Song estimates that it may have resulted in as much as a 70% reduction, with large discounts being offered by internet service providers (ISPs) and “previously unheard of” options such as uncapped access becoming available.

Another broadband analyst, who asked not to be named, suggested that WACs could force the hand of the Eastern African Submarine Cable System (EASSy) and Seacom from a pricing perspective.

“The big operators invested in the cable, such as MTN, Vodacom and Telkom, may choose to begin scaling back their access to Seacom and EASSy. This, in turn, could see Seacom considering how to improve its offering. It will work as a trigger for greater competition.” WACs complements the availability of international broadband already provided through cables such as Seacom and EASSy.

Reliability increasing
It is the fourth large cable to land in South Africa, while it will be the first to arrive in countries such as the Democratic Republic of Congo, Togo and Namibia. It will increase the diversity of options for ISPs across sub-Saharan Africa, improving competition and putting downward pressure on prices.

Where once Africans were grateful for any connectivity, regardless of quality or reliability, as businesses and other organisations have become increasingly reliant on internet access, an undersea cable break or failure is “real problem”, Song said.

A number of back-ups are needed to ensure reliable and relatively constant connection to the web. With the arrival of WACS a high capacity cable, ISPs can purchase cheaper backup broadband.

The fact that WACs travels along Africa’s western shoreline while many of the other cables are located on the eastern coast, diversifies the risk should any number of the eastern cables be damaged, said Song. The 12 members of the consortium of investors in the cable hail from a number of African countries and include companies such as Togo Telecom and Congo Telecom. State-owned Broadband Infraco is a member, as are South Africa’s largest telecoms companies: MTN, Vodacom, Telkom and Neotel.

The cable is seen as “open access” in that any ISP can buy bandwidth from any of the companies who own a portion of the cable. But, warned Song, “open access” is a “vague term”. “If you want to buy access, you still have to buy through the owners, none of whom is famous for discounting,” he said.

One wild card amid the pack, however, is state-owned Broadband Infraco.

“It is mandated to bring down the price of broadband and while I don’t expect innovative moves from the likes of Vodacom or Telkom it will be interesting to see what Broadband Infraco does with its share of the bandwidth.”

Injecting competition
The company could take steps such as offering low-cost broadband to targeted entities like universities or other educational institutions.

A large portion of the cable capacity is intended for projects such as South Africa’s bid for the Square Kilometre Array telescope (SKA). “This is part of the infrastructure needed to boost the bid,” said Maharaj at the launch in Yzerfontein.

The rest of the capacity is intended to inject competition into the international market at wholesale level, he said, “to give people in the market who don’t have it access to international bandwidth”. This will mean presales to larger companies, followed by sales to smaller ones. “It’s really simple. The guys [the larger telcos] leave out, we’ll grab.”

Other national initiatives, such as SKA, have been identified, he said, but more details about the company’s plans will be announced when the cable becomes operational in the first quarter of 2012. Song said the impact on price might take some time to filter down, as was the case with the Seacom cable.

This opinion was echoed by Angus Hay, the chief technology officer at Neotel and chairperson of the consortium’s management committee. Speaking prior to the event he said that international broadband costs made up only about 20% of the total costs, with other elements such as the national infrastructure making up the rest.

Nevertheless, the wholesale cost of bandwidth directly to ISPs could be halved through the introduction of WACS. But terrestrial infrastructure remains a bottleneck, said Song, with the costs of laying national fibre remaining high. “Sometimes people pay as much to get terrestrial fibre to the shore as they do to get the fibre from London,” he said.

The cost of investment in the cable is hefty, sitting at between $600-million and $650-million and the cost of accessing the local loop, the physical lines into homes and businesses, currently monopolised by Telkom, remains high. “Other ISPs remain limited in what they can offer customers because of what they must pay Telkom,” said Song.

Given, however, that Wacs is not the only cable in the market, there are enough players now to make “your chances of a more reasonable deal much higher than before”, he said.