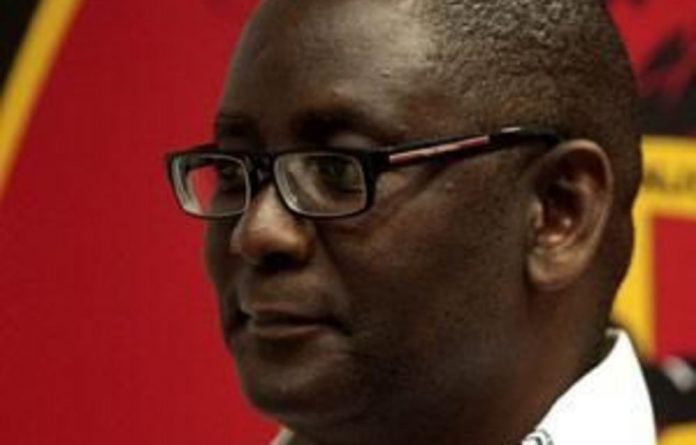 Aurora mine encapsulates capitalism at its worst and greed at its best, Cosatu general secretary Zwelinzima Vavi said on Thursday.

He criticised the life of luxury that both directors of the mine — President Jacob Zuma’s nephew Khulubuse Zuma, and former president Nelson Mandela’s grandson Zondwa Mandela — were living when hundreds of workers had been waiting in hostels at the two mines for two years for outstanding wages, surviving on handouts and without electricity.

“Bosses still have a life of luxury … selling the mining equipment and searching for companies to sell the mine to, while workers of Aurora in both Grootvlei and Orkney struggle.”

Vavi was speaking at the memorial service of former Cosatu deputy president George Nkadimeng, who died in a car accident near Mpumalanga last week. At the time of his death he was executive manager of employment relations at the South African Revenue Service (Sars), a post he held since 1994.

Describing Nkadimeng as a “loyal servant and a key figure to the trade union”, Vavi said the Aurora debacle was an illustration that unions still had a long way to go in fighting for the rights of workers.

“To free workers from the chains of exploitation was the kind of struggle Nkadimeng associated with.”

Vavi told mourners at the Choose Life Church in Moretele Park, east of Pretoria, to think of the hundreds of workers currently in hostels with no electricity, after it was cut off at the Orkney mine when Aurora and the liquidators of Pamodzi Gold, the mines’ previous owner, failed to pay the bills.

“Tonight when you sit closer to your warm heaters think of them.”

Of serious concern was the acid mine water that would start to rise as a result of discontinued pumping.

Vavi reflected on Nkadimeng’s life in the mining industry and as member of the National Union of Mineworkers.

He indicated there has been improved working conditions and better wages in this sector, which he said was the result of the union’s hard work. The monthly average wage in the country was R2 700, compared to the R3 750 minimum wage for miners.

They described Nkadimeng as a having had a no-nonsense approach to corruption or unethical behaviour, “forever smiling, a skilled negotiator” and “a glue connecting workers and employer”.

Nkadimeng leaves behind a wife and four children. — Sapa