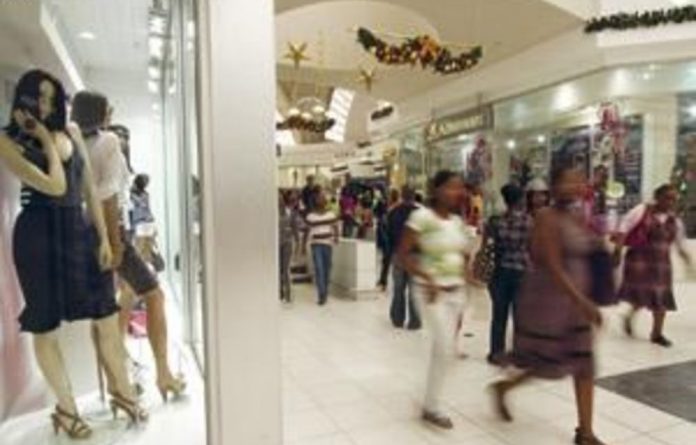 In a nanny society, more or less entirely mired in litigious possibility, the warning “Caution: contents may be hot” displayed on the lid of a takeaway cup of coffee might not induce undue cause for concern. Better safe than sorry, the reasoning might go, despite how obviously slight the perils might be.

Any sensible person is more in danger of a scalding blowback from the snort of derision into the contents of the cup, having spotted the patronising disclaimer with a justifiably enhanced measure of incredulity.

Weighing up the rights of consumers versus those of the businesses and organisations that provide them with goods and services is a delicate balancing act.
It came into sharp focus for South Africans when the Consumer Protection Act (CPA) came into effect on April 1. Under its provisions, local consumers are among the most protected in the world, but it has brought with it some challenges for businesses and consumers alike.

Anecdotal evidence has it that until now South African consumers have been a docile lot, complacent, if not resignedly mute in tolerating a litany of alleged abuse foisted upon them by, let’s give it a name: Organised Selling.

The suspects are not difficult to unearth — mostly companies that use complicated methods and contracts to entice and lock customers into their services. These range from gyms and cellphone companies to insurance providers and rental firms. Nicholas Hall, candidate attorney at Michalsons Attorneys, says the CPA came into effect in two parts. “The administrative sections came into effect in 2010 but the substantive law became effective on 1 April, 2011.”

He says for consumers the new law provides better protection in contracts, improved return and cancellation rights and, more generally, protection from poor-quality goods. Businesses will need to redraft contracts, reassess their returns policies, monitor their advertising more carefully and indemnify themselves from their entire supply chain of goods they sell.

“As an example of how the CPA’s provisions can be applied in the real world, let’s look at fixed-term contracts. When read with the CPA regulations it gives the consumer the right to cancel a fixed term contract with 20 days notice, so for example, gym memberships and cellphone contracts can be cancelled on 20 days’ notice. The suppliers are allowed to charge a ‘reasonable’ cancellation fee, but they can’t ask consumers to pay the full outstanding amount,” says Hall.

“We should also start to see contracts being drafted in much simpler language so that people can actually understand what they mean. Also all the seriously one-sided clauses need to be pointed out to them, and few ‘standard’ clauses are now deemed automatically unfair.” The CPA is enforced by the National Consumer Commission and it’s here that disputes can be heard.

Says Hall: “The first port of call will be the National Consumer Commissioner, and the relevant provisional branches of this office. People can go to court as well, but this needs to be as a measure of last resort. Consumer Courts have also been created, and the Act makes provision for more ombudsmen to be established for various industries.”

Confusion
While the CPA has generally been well-received, there are concerns, particularly around some loopholes, logistics and contradictions. “Its intention is certainly very good,” says Hall, “and as a whole I think it is needed in South Africa. However, it has been rather poorly drafted and this has led to some confusion. One of the biggest problems to my mind is the way the Act deals with property transactions. If someone buys from a developer they have all the cancellation rights and return rights under the Act. This can lead to some absurd cases where people can return a house they bought to the developer six months after the deed is transferred into their name.

“The Act isn’t very well suited to dealing with immovable property. The problem also extends to dealing with digital goods (intangibles) like software or music purchased online. The parallel imports sector has also been affected quite substantially,” he says.

“The Act was deemed necessary because we really didn’t have any consumer protection laws in South Africa before now, and a lot of the time consumers were powerless in the face of businesses that dictated the terms of contracts — generally consumers got a very raw deal. Also we don’t really have a culture of customer service in this country, and the CPA will probably go some way to change this.”

Hall says the CPA has teeth and that its provisions are enforceable. Penalties can be ruinous, particularly for small businesses that don’t comply. “If you don’t comply with the Act you will be given a compliance notice. If you continue to infringe the sections of the Act you could face a fine of R1-million or 10% of your turnover, whichever is higher.

“Ultimately I think consumers will be better off, but as with any law, it will only be as good as its enforcement, so we really will be relying on the National Consumer Commissioner to do a good job. The other thing that consumers must bear in mind, is that while they will probably be getting better service, it is also very likely that goods and services are going to increase in price as companies try to limit their risk,” he says.

One of the main components of the CPA relates to marketing and advertising, until now particularly murky waters, especially in the online world. Retailers and marketers are going to have to review their strategies and processes to bring them into line with the provisions of the CPA.

Direct marketing, long the bugbear of consumers, faces particularly severe restrictions, among them the right for consumers to refuse unwanted advances and contact from marketers. For instance some websites use an opt-out model for consumers to choose “services” like unwanted promotional material — newsletters and special offers, for example.

Right now these options are pre-ticked in electronic communications and unwary consumers often gloss over this only to be bombarded with marketing material they don’t necessarily wish to receive. That’s now illegal — consumers have to actively request contact from a company’s website.

Another safeguard is a cooling-off period. Where a transaction is the result of direct marketing, consumers have the option of rescinding the agreement within five working days without reason or penalty.

The Consumer Protection Act is heavily weighted in favour of consumers, particularly those who are easily misled or confused by elaborate marketing ploys. It is by no means watertight and its effective implementation will be a work in progress for some time to come.

But it is a worthy step in the right direction, in helping to eliminate confusion, fraud and bad business in general. Businesses owe it to themselves to become familiar with the terms of the Act as do consumers who are the intended beneficiaries. The CPA significantly alters South Africa’s business landscape and forms the foundation for transactions going forward.