Behind all the monkey business 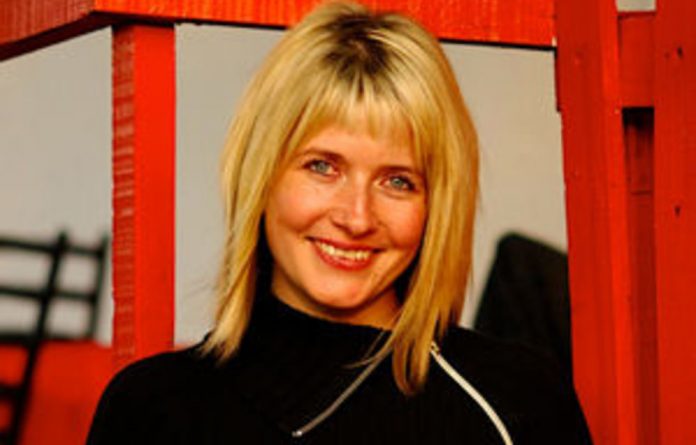 Stories about the developing world are fast becoming flavour of the month for speculative fiction but it has been 14 years since a writer from a developing country won any of the genre’s prizes.

In 1997, it was Amitav Ghosh, winning the Arthur C Clarke Award for The Calcutta Chromosome.

Acclaimed South African author Lauren Beukes takes us inside Zoo City, her latest novel which has won her the prestigious Arthur C Clarke award, giving insight to the characters and themes in the book, as well as answering the inevitable question — what’s next?

Genre definitions and boundaries are becoming increasingly contentious in the field — the Guardian‘s report of Beukes’s prize was followed by an extended, three-handed, online debate about whether the work was “really” science fiction. It’s a debate for which Beukes has little patience.

“I find the whole genre war thing as tedious as atheists versus Christians. I think it’s a battle largely fabricated by loud fundamentalist voices on either side — or conservative booksellers who just need to know where to shelve things.”

She says she didn’t set out to write within a narrow genre: “I wrote the story that was nagging at the back of my head. It turned out to be Zoo City, which turned out to be SF. Or speculative fiction. Or New Weird. Or urban fantasy. Or whatever the hell you want to call it. No-one’s picking up on my muti noir tag, dammit!”

The dispossessed and the animalled
So, Zoo City is a muti noir novel that sets its chief protagonist, magically possessed Zinzi December, on a trek through Johannesburg to find the missing female half of a teenage twin pop duo. In Beukes’s world, being magically possessed means literally having a monkey on your back — animal familiars attach themselves to anyone convicted of a crime, totems embodying the essence of the individual’s gift (or curse).

Zinzi’s an ex-addict, ex-journalist down on her luck. The monkey — in her case, a sloth — on her back means she can find a home only in Hillbrow (Zoo City), a suburb equally fallen, crammed with refugees, the dispossessed and the animalled.

Beukes describes the idea of the book as literally growing under her fingers. “For me, a story starts with an idea that develops like a Polaroid. It might be an image, as in Zoo City, or a voice, as in Moxyland (her first published novel, also Jacana) — It evolves from there. I always know exactly what the story will be and usually work from a two-page outline — although the book I end up with is never entirely the book I imagined and it’s usually better for it. Zoo City was supposed to have spells crafted from pop culture to summon uncanny valley demons, for example, both ideas I still love and might still use somewhere, but just didn’t fit the novel Zoo City became —

“What I was really interested in here was the power of celebrity, even — or perhaps especially — the manufactured kind. It was the time of Michael Jackson’s death and I was thinking about how incredible it would be if you could find a way to channel that energy, that manna. That would be powerful magic.”

Interesting detours
But an equally powerful magic in the book is the presence of the city itself: a Jo’burg only slightly off kilter from the one we know today. Beukes researched the city extensively.

“I write lots of notes in notebooks, collect images that resonate, watch documentaries and movies, read books and talk to people. I — just spent days walking around Hillbrow and visited Mai Mai, the Rand Club, the Central Methodist Church and clubs in Brixton. The research often takes me on interesting detours and it’s important to be open to those.”

Overseas critics have made much of Beukes’s use of a fixer to help with contacts during the Hillbrow research — but her sense of the city, which makes her setting and characters so viscerally recognisable, goes deeper than that.

“First and foremost, it’s home. Even though I’ve lived in Cape Town for 14 years now, the idea of Jo’burg is fused into my vertebrae. It’s a ghost I’m haunted by.

“As a setting, Jo’burg is the New York of Africa (but Eighties New York, when it was dangerous and edgy). It’s the most condensed focus of First and Third World I’ve ever experienced — though I haven’t been to Lagos or Delhi. It’s everything in one city, a multicultural mash-up of people and ambitions and desires and it has incredible energy and a quite nasty edge.”

Yet “I love the friendliness. It’s a very accessible city and I love spending time in people’s homes, just hanging out. I haven’t experienced that anywhere else in the world.” But it’s the inner city and the closer, older suburbs where she finds that vibe. “I hate Rivonia — it’s irredeemable. And Midrand. And Randburg. And the sprawl of cookie-cutter townhouses in Tuscan or Bali style.”

Collisions of technology and culture
The compelling contrasts of the city reflect those of the developing world — one reason why so many speculative writers are homing in on such settings. Ian McDonald, another Clarke award finalist, told journalist Jonathan Wright: “The moment we get some bit of tech in the West, people will be using it in India, Ghana, South Africa — and will be finding their own uses for it as well. Every culture brings its own values, its own world view, its own insights and in a sense its own fears as well to any technology.”

That’s a view Beukes would agree with: she’s spoken before about the piquant collisions of technology and culture (what musician Manu Dibangu called “the Electric Africa”) and “science fiction is at its most interesting when it’s a way of channelling the real world; to jolt us from ambivalence with a fresh perspective.

“It’s great to be telling stories from our perspective and particularly using contemporary urban settings. Many people have embarrassing preconceptions of what Africa is. I’m thinking of the Masai downing the alien craft with spears in [the Hollywood film] Independence Day, for example. It’s either — gross generalisations here — portrayed as a gorgeous safari-land theme park, or as a hellhole of poverty and Aids and starving children sporting kwashiorkor bellies, or some Conrad-style savage land of exotica with starving children sporting AK-47s, and human femurs and dark juju.”

Beukes believes (following Ben Williams of BookSA) that, although South African literary fiction is still wedded to “one white man’s lonely journey into his own interior through the country’s interior”, it’s in genre fiction that readers will find fast, gritty stories “densely populated with a cross-section of South African society. That’s very exciting. And very new.”

Her earliest exposure to the genre was traditional. “I read an illustrated version of The Hobbit when I was five because I got tired of waiting for my parents to read it to my brother and me at bedtime. I didn’t understand the words but I got most of the plot. Giant spiders! Elves! Trolls! Dragons! It was brilliant.”

Formative influences
Her mother was an eclectic reader; her father later introduced her to Phillip K Dick, Larry Niven and Ursula le Guin. And “I think one of my most formative influences was 2000 AD monthly, which explored dystopias and the human condition with kick-ass adventures featuring mutants or psi-ops, alien inquisitions and repressive police states.” That interest in multimedia and graphic storytelling has stayed with her.

“I’ve just directed a documentary called Glitterboys and Ganglands, which will make its world debut at Encounters [festival] in June. And my first (short) comic, called All the Pretty Ponies, is out in Vertigo’s Strange Adventures an­thol­ogy. I’m really hoping to do more comics work and maybe screenplays.”

Although Zoo City travelled the stranger frontiers of the music in­dus­try, and even has a soundtrack compilation (on the African Dope label), Beukes says she “can’t see myself doing a more musicky book than this one. Of course, now you’ve got ideas sparking in my brain. Hmmm —”