In need of a makeover 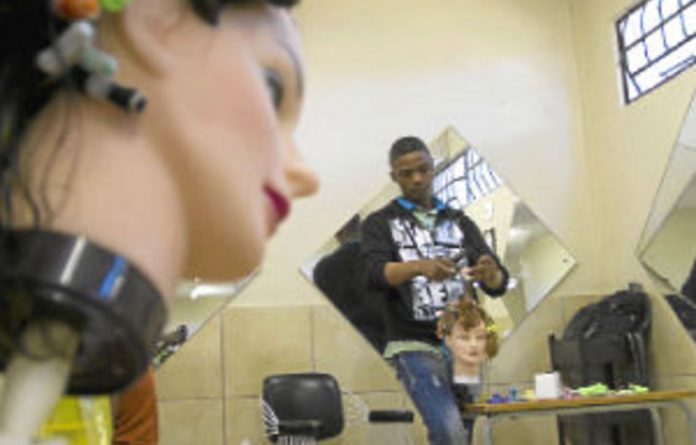 It is not only in South Africa that vocational education is regarded as inferior to its academic counterpart.

Everyone believes that a vibrant vocational education and training (VET) sector is crucial for a country’s economic wellbeing, yet few parents are prepared to send their children to institutions where they will get their hands dirty, said David Hoey, chief executive of World Skills International. “VET’s the best thing that can happen for my neighbours’ kids — mine are going to university!” he said.

Hoey was speaking at a seminar and conference programme held during the EuropeSkills 2010 contest that took place in Lisbon, Portugal, in December. Its theme was the role of skills competitions in improving the attractiveness of vocational education and training.

EuropeSkills is a regional competition that complements World Skills, which is held every two years. During the competition’s three days, more than 50 000 young people from schools and vocational centres throughout Portugal streamed in to watch the multinational event billed as the Commonwealth Games of skills development.

“Our team slogan is ‘maak sport van werk‘ [make work your game],” said the managing director of Skills Netherlands, Jos de Goey. “We have the same approach in skills competitions as we do in sport as far as things like clothing, training and mental conditioning are concerned.

“We treat competitors as the heroes of their trades. In fact during the competition in Japan in 2007 we printed individual cards with the ­pictures of the team members. During their visits to schools, Japanese children would collect these cards and, believing they were heroes back at home, chased them for their autographs.”

Twenty-seven European countries, featuring about 500 youngsters, showcased their skills in 50 professions. Another 14 countries — including South Africa — sent observer or technical delegations. The event featured 9000 hours of competition held in 50 000m².

The professions were clustered in six categories:

“In most European countries vocational education and training suffers from an image problem,” the conference programme said. “While the factors that feed negative perceptions are well known, for example, poor information, advice and guidance, quality of provision and a lack of progression routes from VET to higher education, little progress has been made in effectively challenging and changing these perceptions.”

South Africa faces similar image problems in attracting the youth to its version of this education option, delivered here by further education and training (FET) colleges. Bheki Mahlobo of the department of higher education and training told Parliament earlier this year that it would take time to change perceptions because university degrees and diplomas were still considered to be superior.

The government has developed a long-term strategy to encourage South Africans to study at FET colleges and to elevate their status, Mahlobo said. And the department was developing partnerships with industry to provide work streams to support the colleges.

But South Africa, like Europe and most of the rest of the world, will have to think out of the box to attract learners in sufficient numbers into the VET/FET system.

“As the need for skilled workers grows,” said Hoey in Portugal, “many countries recognise the importance of promoting the positive aspects of a career in the skilled trades — and the need to overcome long-held ­stereotypes that a university education is the only route to financial, personal and social success.

“Accordingly, most countries are now experiencing a shortage of skilled workers. Ensuring that a country has skilled workers is vital to future prosperity and is essential to the country’s ability to develop and maintain a strong economy within the global market.” Hoey said that competitions served as an inspiration to the youth, encouraging them to consider an exciting and rewarding career in skills, trades and technologies. Membership of World Skills International has doubled to 52 member countries and regions in the past 15 years.

“At the core of the WorldSkills competition is the ability to benchmark VET systems,” he said. “Competitors benefit by being able to prove themselves on the world stage and pit their skills against the best in the world.

“Experts benefit by collaboratively running and managing the skill competitions and sharing best practice with one another. Industry sectors benefit by showcasing and sharing ideas and member countries and regions benefit by benchmarking.”

Joao Delgado of the directorate general for education and culture at the European Commission agreed that VET was considered “a second-chance learning option” in most European countries. “The best achievers in compulsory schooling are systematically directed to general education with a view to continue later on at a university,” he said.

“This, on its own, is not a problem and we can only support a trend to higher qualification levels. But the problem is that countries that put heavy emphasis on general education and high rates of tertiary graduates in academic streams face significant labour market mismatches.

“In fact, according to different labour market surveys, the most demanded professions on the labour market are skilled workers and traditional craft trades such as carpenters, welders and plumbers.”
The perception problems start early, Delgado said. “We should address individuals — young people and their parents — when they decide about their careers,” he said.

“Often the preference for general education is anchored at the compulsory education level, where schools and their guidance counsellors might have the tendency to favour an academic track. “Young people must be shown that VET can create a rewarding career with good pay and job prospects. As the evidence suggests, vocational graduates, particularly from work-based systems, have easy transitions to the labour market.”