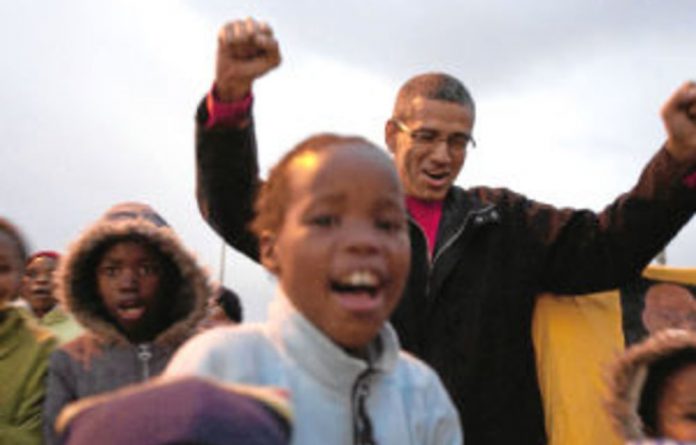 Tony Ehrenreich, the ANC’s mayoral candidate for the City of Cape Town, says he is willing to sacrifice the mayor’s seat in an effort to ensure that the city’s municipality sets social justice as an overriding priority.

Arguing that the race between the ANC and the Democratic Alliance for control of the city is an increasingly close one, Ehrenreich says he believes that the likely outcome of next week’s election will be a coalition government in Cape Town.

In an interview on Wednesday he said that if the ANC formed a coalition with other parties that agreed to build a more inclusive city, there would be “no holy cows”. He might make sacrifices to promote that objective, including handing over the mayor’s position, should he win it.

According to Ehrenreich, the most recent ANC research gives the party 42,5% in Cape Town and the DA just more than 43% of the vote. The ANC has been striving to maintain good relations with smaller parties such as the African Christian Democratic Party during this election campaign, in an obvious effort to prepare coalition partners in case it needs a few more percentage points to tip the balance of power its way.

“Even the position of mayor would be up for negotiation. If that means we could be a governing party ­putting our agenda of building an inclusive city forward, then I would have no qualms with that,” Ehrenreich said.

The proposal is consistent with Ehrenreich’s public persona. In the past he has lodged financially desperate families in his Uitsig home in Cape Town as well as his holiday home in Kleinmond and he continues to pay the school fees of one of the families’ children.

He is also on record saying that if he became mayor, he would refuse the R1-million annual salary that comes with the job. His spartan office in Salt River Road, which does not have so much as a carpet to soften the stark white tiles, seems to confirm his reputed abhorrence of bling.

Ehrenreich, who cut his teeth in the trade union movement before rising to his present post as the head of Cosatu in the Western Cape, said he did not want to be the mayoral candidate for the city. He said he was determined to shake up the city’s delivery record, particularly in the poor areas, which he insisted had been neglected under DA rule.

“Identity and race still define the elections in the Western Cape,” he said. “In part, that is because we have not dealt with the big fault lines in Cape Town and the Western Cape. The city has become more divided and the contest for resources has become more intense.” But these divisions — and the laager mentality they had created among voters — would not provide lasting solutions in Cape Town, he argued.

Intent on hastening integration, which, he believes, has been hopelessly insufficient, Ehrenreich wants municipal land in affluent areas such as Constantia to be developed for low-cost housing. He also wants public transport infrastructure that services poor areas to be treated as a priority.

He wants to achieve this by building partnerships with richer communities instead of making outright demands on ratepayers. The goal is support from the city’s wealthy for greater social justice spending “so that they feel part of doing the right thing”.

Ehrenreich said the DA had struggled to win credibility in Cape Town’s black and coloured areas. As a result its engagement efforts with these communities, an essential element of good governance, were not well received.

It is the DA’s problematic relationship with poor areas that was ­narrowing the increasingly close electoral race for the city, he said. But he agreed that the ANC had made a late start.

Ehrenreich said his aim was to unify the bitterly divided ANC in the Western Cape. Because he was not associated with the party’s factions, his selection as mayoral candidate was related to the fact that he is a unifying figure, he said.