All schools are not equal 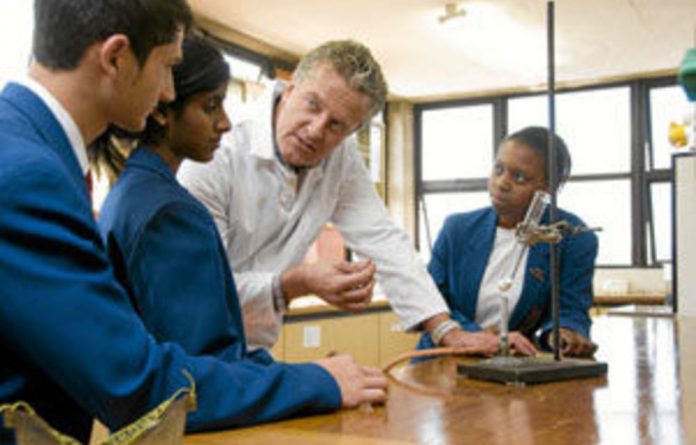 Private schools come in many guises: the old, established and generally expensive schools that are world-renowned for the quality of their education; the medium-sized school catering for parents with more modest means; schools for children with special talents or special needs; or even tiny schools with only a handful of pupils and a small teacher complement.

What sets them apart from government schools? They can decide their own curriculum within the broader guidelines set by government, can choose which exams their learners write, and generally control their own coffers. More than that, in the minds of many parents, is the fact that they are not bound to what is increasingly considered a government education system which is failing, not only learners, but the country as a whole.

Inequalities?
But, do these schools really serve the national interest of South Africa? Do they not merely perpetuate societal inequalities we’ve been trying to counter as South Africans? Anastasia Krystallides, executive head of Saheti School, says that if private schools fulfil their roles properly, that is not how it will play out. “Our role [as private schools] should not be to look after ourselves only, but to contribute to the community as a whole. We have a duty, not only to be inclusive, but to embrace rather than simply tolerate diversity.

We know that government schooling is in a challenging position currently. What are we as private schools doing in the meantime if the government schools aren’t there yet? You can’t abolish private schools — where would it leave the country? “Deanne King, executive head of St Mary’s Girls School in Waverley, says: “The challenge is to maintain the education, ideals and goals we have for our own learners, while contributing to schools who don’t have the resources we have. For instance, we partner with a number of schools who are located close to us, and also have various social responsibility programmes to teach particularly maths, science and English.”

Free society
Mary Williams, executive head of Roedean School says independent schooling doesn’t so much perpetuate societal inequalities, but rather provide one aspect of the choices available within a free society. “It’s about how you align yourself with the national imperative, how you partner, how you transform. There remains, to some extent, the sense that independent schooling is about the larger, more well-known private schools. Yet, it’s telling that if you look at the schools who are members of Independent Schools Association of Southern Africa (Isasa) the vast majority are lower-fee schools servicing their local — often previously disadvantaged — communities.

Shawn Thomson, rector of Curro Aurora Private School, agrees: “The fact that [private schooling] is not affordable to all is as a result of society’s inherent societal inequalities. ”However, we certainly do not subscribe to maintaining social inequalities as Curro Aurora espouses unequivocally a values-based offering which is underpinned by the conscious practice of servant-leadership and uBuntu.”

Pockets of excellence
Mark Loon, head teacher at Kairos School of Inquiry, says: “The reality is that universal equality is unrealistic.” He believes that it is far more beneficial to society to ensure a country enjoys pockets of educational excellence (as many as possible). “We should celebrate that the most successful educational outreach projects come from the nation’s elite schools. In addition to supporting outreach initiatives, elite schools should emphasise social and local relevance in their curriculum, so that we produce socially- conscious citizens who also have the competence to find solutions to these problems.”

Challenges
What, then, are the challenges independent schools face? Ironically, pretty much what government schools face: finding good teachers. But more than that, finding teachers who can help them embrace transformation. “I can trot out our wonderful 47% diversity statistics among learners,” says Roedean’s Williams, “but the real crux lies in the staff room. Without a diverse teaching body, you cannot say you have transformed. And diversity itself doesn’t mean transformation either.

Transformation is about true integration, not merely having a diverse learner and staff complement.” Lisa Kaplan, head mistress of Kingsmead College, alludes to this when she says: “The ongoing inflationary pressures are challenging our fee payers and those we are supporting with bursaries. Also, the number of young people who are going into the teaching profession is worrying for the future of education generally.”

Tension
Kairos’s Loon expands on this: “Firstly, there is fierce tension between championing genuine educational values with commercial viability. Educational innovations are difficult because of normative expectations from parents and teachers.” Aside from this, he says there is a wide variety of important challenges facing our schools. “They sometimes seem socially problematic, at other times they compel us to look for exciting educational responses.” Problems with attention and motivation from children are critical,” says Loon.

“Addictive behaviour is emerging in younger children than when we, as teachers, were kids: not merely the recreational abuse of narcotics and alcohol, but the over-use of computers, TV and cell phones too. The absence of healthy recreational options for children is connected to this problem of addictive tendencies.” He believes the loss of community in “our high-crime urban metropolises is a major challenge for the country, and schools are a vital resource for families to lean on in reclaiming a sense of community”.

Growth
Thomson identifies affordability and sustainability, and the need for expansion of buildings, facilities and amenities to cater for growing demand as additional challenges. In Kingsmead’s case, Kaplan says: “We have major urban developments on our doorstep, particularly the construction of the Gautrain. However, this will be coming to an end in June and then, when the Rosebank station opens, we believe that to be on a major transport system will be a most positive asset for the school, where we can attract girls from further afield to Kingsmead.” Williams says that while parents are desperate to get their children into Roedean, some can’t necessarily afford the fees.

“Finding ways to support them and allow them to enjoy a good education, without the parents being in danger of overreaching themselves can be a challenge.” King says one of the biggest challenges teachers across the board face is the way in which children learn today. “They use technology to learn and as teachers we have to adapt. Teachers have to continuously upscale their own technology skills, which can be challenging across a range of ages in teaching staff. Also through technology, children are exposed to so much information that it is critical to teach them problem solving, creativity and thinking skills.”