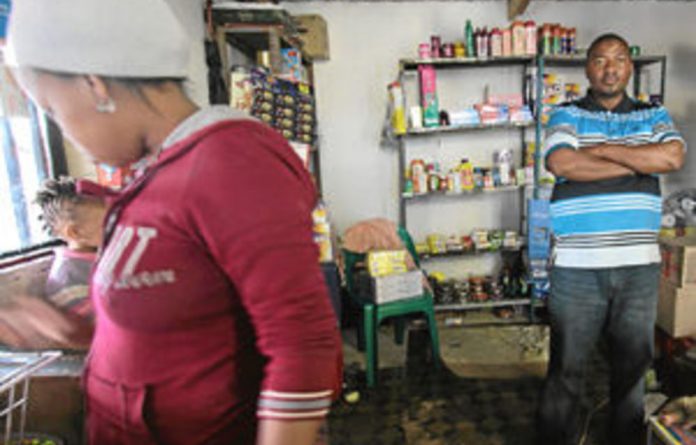 The Freedom Park housing settlement on the outskirts of Eldorado Park has become the centre of xenophobic mobilisation in Gauteng.

In recent weeks an organisation calling itself the Greater Gauteng Business Forum, which was formed in Freedom Park in February this year, has threatened foreigner-owned shops throughout the province with forced closure and warned of “drastic measures” if its demands are not met.

Foreigner-owned retail outlets have closed in areas that include Kathlehong and Soweto. More than 80 members of the forum have been arrested and nine were charged with holding an illegal gathering.

The primary targets are Asian, Somali and Ethiopian traders. Paradoxically, some Mozambican and Zimbabwean shop owners are involved in the forum. But in a hopeful departure from the anti-immigrant upsurge of 2008 many Freedom Park residents have rallied behind foreign traders.

Following the closure of foreigner-owned shops in Freedom Park in December, they reopened after almost three months when the community expressed strong support for them at a meeting on February 19, attended by Gauteng housing MEC Humphrey Mmemezi.

The forum was created a week later by local traders angered that businesses which they considered illegal — and which were undercutting them on prices — were allowed to continue operating. It led to Freedom Park traders forging alliances with business forums throughout Gauteng.

Mandla Yende, shop owner and organiser for the forum in Freedom Park, said this week: “We want them to leave. Before, we said let them remain here because they are also human beings and they’re supposed to stay somewhere. Now we’re saying: ‘Just close your shops and leave the area.’

“We don’t like them, we don’t want them to be around our townships any more. The government is supposed to take them to a camp somewhere, not allow them to come inside our townships.”

Confirming that the forum had Mozambican and Zimbabwean members, Yende said: “We never had that problem with Mozambicans and Zimbabweans, that they are killing our business, only with the ones that are coming in now — the Somalis, the Bangladeshis, the Kenyans, the Ethiopians.”

Yende claimed that migrants with asylum-seeker permits were not allowed to open shops in communities and that their businesses were illegal. But Lawyers for Human Rights contradicted him this week, saying the asylum seekers and refugees had the right to work and move freely, including opening stores. They said only the state could investigate the legality of retail operations and foreigners’ residency rights.

However, forum spokesperson Lufuno Gogoro said: “It’s simple: we want them out of our communities and we are not going to compromise on that.”

Gogoro said the forum had become exasperated with formal negotiations with the government and the police. “We’re saying we’re ready to go on a violent protest — a violent attack — if there is no one able and ready to come and sit down with us so that we can talk and resolve this issue adequately. But violence will be the last resort that we take.” Gogoro, a former member of the ANC Youth League, said he had become alienated from it because of his views.

Immigrant traders in Freedom Park confirmed that many community members sympathised with them. A representative of local Bangladeshi businesses, Mazharul Alam Khan, said: “Of the local people, 99.9% want us. They say foreign businesses are selling good stuff and we don’t want them to move. When we closed for three months the local people said: ‘Just open, we’ll protect you.'”

Abdul Hakim Mohamed, national chairperson of the Somali Community Board of South Africa, said: “Somali shopkeepers in Freedom Park are keeping their shops open. They feel [they are] under the protection of the community.”

A migrant from the Eastern Cape, who asked not to be identified, said: “We don’t want foreigner business owners to go, because we all came here to work. Everyone comes here to do business.” Since the threats, the UN Refugee Agency has used a vehicle with loudspeakers to generate awareness of immigrants’ rights. It has also provided legal support for foreign residents.

Despite the community support, the traders remain fearful. “We’re feeling very bad. Actually, if I’m coming from my home to my business, my wife is scared,” said Khan.

Jean Pierre Misago and Matthew Wilhelm-Solomon are researchers at the African Centre for Migration and Society. Its website is www.migration.org.za