‘No future without science’ 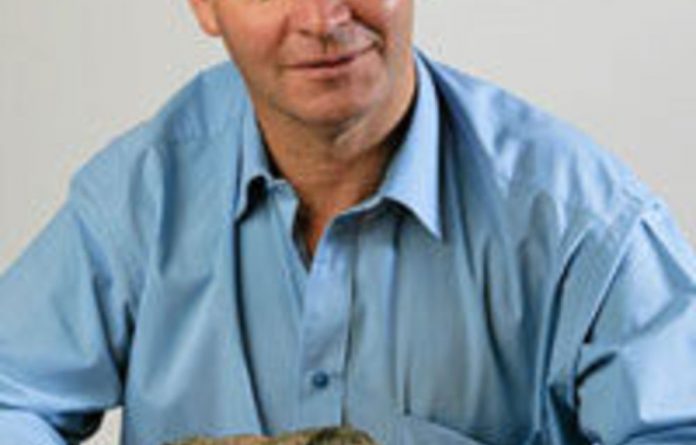 In the Teacher‘s ongoing series we meet a palaentologist:
Dr Bruce Rubidge
Age: 54

Bruce Rubidge is the director of Wits University’s Bernard Price Institute for Palaeontological Research. He grew up on a farm in the Karoo, where he developed a keen interest in natural history at a very young age and he always wanted to learn more about how the Earth came about and how life developed on it.

His parents and especially his grandfather, Sidney Rubidge, influenced him to become a palaeontologist and drew his attention to a wide range of animals, plants and insects, highlighting elements of these creatures’ behaviour. He shared his grandfather’s passion for fossils to the extent that, from an early age, he would venture out on his own to look for fossils on the farm.

At the age of five, Rubidge discovered his first “worthwhile” fossil — the skull of a gorgonopsian, an ancient reptile that lived in the Karoo about 255-million years ago. Rubidge read a lot about fossils and contributed several articles to his school’s natural history publication, Redwing.

He used to regularly visit museums during his holidays and would speak to the palaeontologist at the National Museum in Bloemfontein, who encouraged him in his interest. At the completion of his schooling, Rubidge studied for a bachelor of science degree in zoology and geology, and proceeded to complete honours, master’s and a doctorate in palaeontology.

Rubidge praises the Karoo as a place with so many exciting fossils that almost every field trip leads to the discovery of new and exciting specimens. His research on the 250-million-year-old fossils of the Karoo led him to travel extensively and work closely with scientists from around the world where similar fossils have been found.

Why did you choose to study palaeontology?
The science of palaeontology and geology is great because it affords the opportunity to study what has happened in the past and to discover long-forgotten worlds. It is hugely stimulating and we are only just beginning to understand how the Earth works and how interdependent the Earth and life are.

Who do you admire?
I admire my grandfather and parents, who stimulated me to become an independent thinker from an early age. Two great South African scientists who undertake scientific research because they are passionate about understanding how the Earth and life function, Dr Bob Brain (previously director of the Transvaal Museum) and Professor Terence McCarthy, previous head of the Geology Department at Wits University, taught me to practise science for the fun of it.

What sparked your interest in science?
When I was growing up on a farm in the Karoo, I always had a fascination for natural history, how the Earth came into being and how life developed on Earth.

Was there a particular event or person that persuaded you to pursue a career in your specific field?
Yes, my parents, and particularly my grandfather, who used to draw my attention to the animals, plants and insects around us and used to point out elements of the behaviour of these creatures. My grandfather was particularly interested in fossils, and I shared his passion. From an early age I used to look for fossils on the farm and, apart from fragments of bone I had found earlier, I discovered my first worthwhile fossil at the age of five.

What is your field of science all about?
Palaeontology is the science of understanding prehistoric life. My job as a Karoo palaeontologist is to undertake research to understand the environment and life, and what the Earth was like more than 200-million years ago.

How can young people get involved in your area of specialisation?
The Bernard Price Institute for Palaeontology at the University of the Witwatersrand runs a very active outreach programme for schools. This is run by Dr Ian McKay and Vuiswe Ngesman, who offer programmes in palaeontology.

Can you tell us a bit about the recently launched “Treasures of our past” fossil display at Maropeng?
Wits University put several fossil treasures on display for the public to view. These include some wonderful fossils from the Karoo and include the world’s oldest dinosaur eggs, which were discovered near Golden Gate in the Free State.

What value does palaeontology add to our lives?
Palaeontology provides an understanding of how life developed. We have been able to recognise that, in the past 500-million years, Earth has suffered five major extinction events when anything from 60% to 90% of species became extinct. The science of palaeontology enables us to understand what caused these extinction events and how they affected life on Earth. This is particularly relevant to us today as we are currently in the midst of the sixth extinction and species are becoming extinct at an extraordinary rate. In addition, palaeontologists are employed in industry to assist with the correlation and dating of rock layers, skills that are important for mineral exploration.

What is your message to science teachers and learners?
Science is a fascinating field and the world is desperately short of scientists. We are in a technology-driven world and the future of humanity is dependent on the technology we have created. We need more scientists who can assist us to create and use technology that is environmentally friendly, as without the natural environment there is no future for humanity on Earth.