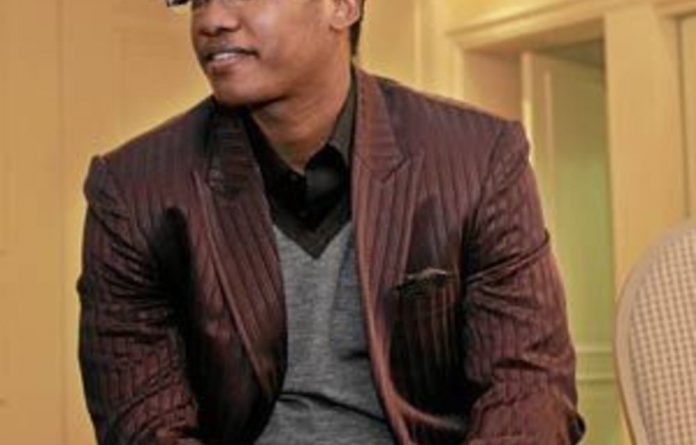 Duduzane Zuma's first billion may be slipping from his grasp as steelmaker ArcelorMittal, whom he partners in a controversial BEE deal, and Imperial Crown Trading 289 (ICT), their key partner in the deal, square up for legal battle.

ICT is the politically connected company that controversially won rights to 21.4% of the Sishen iron ore deposits in 2009, pipping ArcelorMittal, which originally had the rights, and miner Kumba Resources.

ArcelorMittal announced a two-part deal last August to try to reclaim the 21.4%. It involved buying out ICT, with its mineral rights, and in a nominally separate transaction taking on the Ayigobi Consortium as BEE partners.

The face value of the BEE deal exceeded R9-billion with a stake approaching R1-billion allocated to the young Zuma's company.

Now those riches are under threat as the cold churn of justice exposes cynical corporate calculation and rifts between ArcelorMittal and its new-found partners.

This week in court

On Thursday, ICT was in the North Gauteng High Court to oppose ArcelorMittal's attempt to have itself joined as co-applicant with Kumba subsidiary, the Sishen Iron Ore Company (SIOC), in the latter's legal battle to overturn the department of mineral resources' award of the 21.4% rights to ICT.

ArcelorMittal's joinder application, as it is called, is to allow it to argue for relief different to that sought by the original applicant, Kumba.

More surprising than the bare fact that ArcelorMittal and ICT, supposed partners for the past 10 months, were now facing each other across the courtroom, is what emerges from ArcelorMittal's legal argument.

In an exercise of high cynicism — "or riding two horses" as a lawyer involved in the proceedings put it this week — ArcelorMittal's lawyers finalised this argument as the ink was drying on ArcelorMittal's deals with ICT and Ayigobi on August 10 last year.

Just 10 days later, on August 20, ArcelorMittal served papers containing this argument on the SIOC in a related arbitration matter. The papers were attached to ArcelorMittal's joinder application this week, making them public for the first time.

Two ICT insiders, asking not to be named, confirmed this week that relations might be strained. One said that ICT "may well feel betrayed — this does strike at the heart of the acquisition [of ICT] agreement".

The underlying issue to the joinder application, as well as the arbitration between the SIOC and ArcelorMittal, goes back to 2001 when the state broke up parastatal Iscor into what became steelmaker ArcelorMittal and Kumba, the SIOC's parent company.

As part of the separation, the SIOC got the bulk of the mining rights at Sishen — 78.6% — while ArcelorMittal hung on to the minority 21.4% to underpin a life-of-mine agreement under which the SIOC would supply it with ore at cost plus 3%.

When the new Mineral and Petroleum Resources Development Act came into force in 2004, all existing mineral rights had to be converted to "new order rights".

Adding insult to injury, the SIOC then cancelled the cost-plus-3% deal — worth billions to ArcelorMittal over the lifetime of the mine — arguing that the cheap supply had been premised solely on the steelmaker's ownership of the 21.4% share.

This gave rise to the arbitration between these two former partners, which is to be adjudicated next year only.

The story spun by ArcelorMittal to date was that the latter had relied on the SIOC to convert its 21.4% to new order rights and that it was a breach of faith for the SIOC not to have done so.

But ArcelorMittal argued differently in the arbitration and the joinder papers: The new Act, it said, did not allow for rights to be co-owned in "undivided shares", the technical term for the old arrangement.

When the SIOC converted its 78.6%, it in fact converted 100%. As evidence, it cited the wording of the new order right the department awarded to the SIOC — 100%.

This moved ArcelorMittal to argue that the SIOC had converted the right for both their benefits.

Though the SIOC was now the 100% owner, it was not relieved of the duty to give effect to their 2001 agreement, which guaranteed ArcelorMittal the cost-plus-3% supply.

The joinder application was postponed to next Thursday to give ICT and the mineral resources department more time to respond. But if ArcelorMittal is successful there, it will be free to try to pull the rug from under the entire tug-of-war between the SIOC on the one hand and the department and ICT on the other.

If the court accepts that neither the SIOC nor ICT own the 21.4% but that the SIOC owns 100%, the SIOC may have to accept that it has to restart the cheap supply to ArcelorMittal.

For ICT, the implications may be more dire: ArcelorMittal will not complete its R800-million purchase of ICT, an insider at the steelmaker confirmed.

Also if ICT failed to hang on to the 21.4%, the nominally separate Ayigobi consortium might have to be 'reconstituted” too to excise ICT's owners.

From there, it is a short step to the collapse of the entire deal, or at least the removal of the Guptas and the young Zuma, both of whom entered the deal hitched to ICT.

The M&G Centre for Investigative Journalism, supported by M&G Media and the Open Society Foundation for South Africa, produced this story. All views are the centre's. www.amabhungane.co.za.