Car makers cash in on subsidies 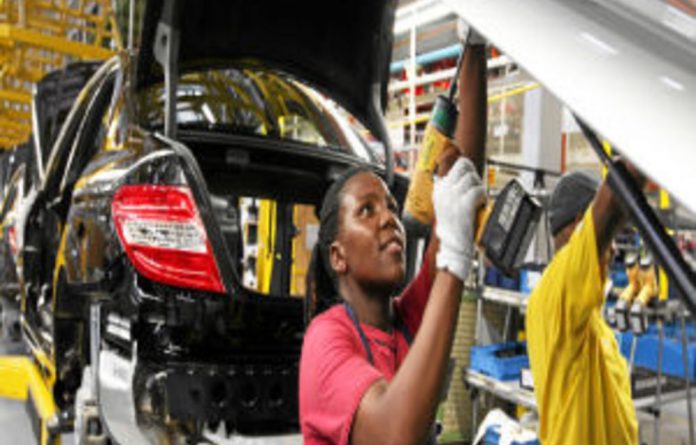 Industrial incentives are costing taxpayers billions, with vehicle subsidies — the largest expense — totalling more than R51-billion in the past three years, according to figures in the Budget Review.

In determining the value of industrial incentives, the treasury calculated the value of tax allowances associated with industrial policies, cash grants for sectors, preferential financing by the Industrial Development Corporation and the costs of import tariffs to consumers.

In the Budget Review it was noted that vehicles, parts and accessories received about 65% of all incentives in 2010-2011. Based on the total number of vehicles produced locally, this amounted to roughly R36 000 a vehicle.

Nimrod Zalk, the deputy director general of the department’s industrial development division, disputed the figures, saying the real value of the subsidies was far lower. Zalk said that the support provided to local vehicle manufacturers was moderate when compared with that in other developing countries in East and South Asia, Latin America and Eastern Europe.

Imports from the European Union received a further 7% duty preference over vehicles from elsewhere, Zalk said.

Under the Motor Industry Development Programme there was another benefit — import rebated credit certificates based on exported local content. This entitled manufacturers who exported locally assembled vehicles to offset the costs of imported vehicles and components with the certificates.

Zalk said that the import rebated credit certificates issued in 2009-2010 and 2010-2011 represented R4.75-billion and R6.38-billion respectively in foregone duty, which meant the real tariff on vehicles was substantially lower than the nominal tariff.

“The Competition Commission, in its investigation into vehicle pricing, has estimated that the real import tariff on vehicles was around 14% in 2008,” he said.

This was likely to drop to about 10% when the new Automotive Production and Development Programme came into effect in 2013. A component of the programme, the automotive investment scheme, would provide a basic 20% cash rebate payable over a three-year period, with an additional 5% or 10% dependent on satisfying additional criteria related to volume, local content, value chain enhancement and employment.

Zalk said that the value of these incentives couldn’t be measured purely in terms of their impact on consumers. “[The automotive sector] has a strong multiplier effect on the
economy because it draws a range of inputs from various sectors, which includes components, metal products, machinery and equipment, steel, aluminium, platinum, plastics, rubber, leather and textiles,” he said.

The department, in line with its industrial policy action plan, was working on a policy relating to local electric vehicle production.

Unlike other parts of the globe, where rebates were granted directly to consumers who bought imported electric vehicles, Zalk said, the local emphasis was likely to be “on building the industry up from the production side rather than subsidising the importation [of electric vehicles]”.

The Joule, an electric vehicle developed locally by Optimal Energy, has already received R280-million from the department of science and technology and the Industrial Development Corporation.

Kobus Meiring, the chief executive of Optimal Energy, said it concurred with the department of trade and industry’s approach.

“We think it is much more beneficial for South Africa to have a meaningful stake in the global EV [electric vehicle] industry and market, in terms of local development and production, sustainable jobs, skills development and export earnings, than to have subsidised imported EVs on our roads,” Meiring said.

The department will present a position paper on electric vehicles to the Cabinet later this year, which will cover, among other issues, the creation of a legislative and regulatory environment to allow the operation of electric vehicles and a testing and charging infrastructure.