Zuma to take Gaddafi to task over Hammerl’s death 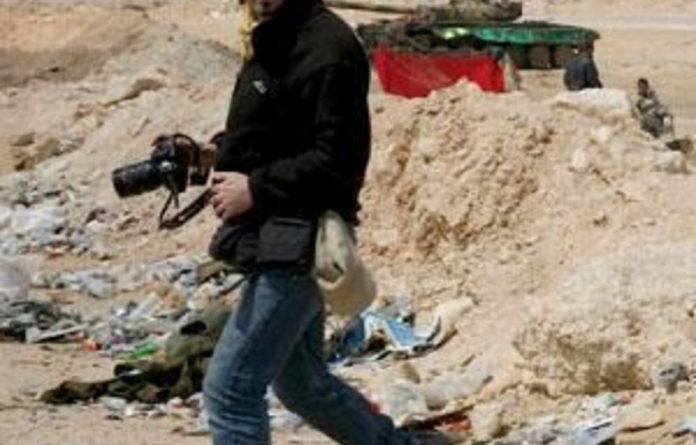 “[The issue] is going to arise. Firstly, because we hear that the journalist in fact died and was never arrested. That brings the question why we were told information which was not accurate,” Zuma said.

He said it appeared that Hammerl did not have a proper burial.

“We are hoping we will be able to discover something for the family.”

In a statement released by Hammerl’s family on Thursday, it urged Zuma “as a family man and father” to help locate the photographer’s remains and have them returned home so he could be put to rest.

‘We cannot rest’
“We ask you to please be our hearts and to be our voices in appealing to Libya for the whereabouts of Anton’s remains. It is imperative for us that he is not failed on this level,” the family said in its statement, which was e-mailed directly to the presidency.

“We ourselves cannot rest until Anton is given a proper burial in South Africa at a site that will become a place where his children, Aurora, 11, Neo, seven and 15-week old Hiro can come to pay tribute to their father.”

The South African government and the African National Congress publicly slammed the Libyan government last week following confirmation of Hammerl’s death by three journalists who were with him in the desert.

Hammerl, a freelance photographer with citizenship of both countries, disappeared near Brega, Libya, on April 5.

For the following 45 days, it was thought he was being held captive with the three other journalists. The Libyan government went as far as to assure South Africa that he was safe. It was only when the journalists were released across the border that it emerged that Hammerl had been shot and left for dead.

The department of international relations and cooperation’s spokesperson Clayson Monyela last week underscored the difficulties any recovery effort faced, saying: “Libya is at war and this happened about 50 days ago in a remote and difficult area now under rebel control.”

That Hammerl’s body is probably behind rebel lines is a particular obstacle, because South Africa does not have formal diplomatic relations with the rebel leadership in Benghazi, he said.

It is unclear whether Zuma will use his rapport with Gaddafi to ask him to leave Libya. Even a personal appeal seems unlikely to succeed, since Gaddafi has told confidantes that it would betray the memory of his son to surrender power, and instead wants to assume a background role while civil institutions are allowed to emerge from his four-decade rule.

However, Britain and France, which are spearheading the strikes on Libya, have insisted Gaddafi leave, paving the way for the Benghazi-based Transitional National Council to hold elections. The other members of the G8, Canada, Germany, Italy, Japan, Russia and the US, also called on Friday for Gaddafi to step down. – Sapa, staff reporter, guardian.co.uk