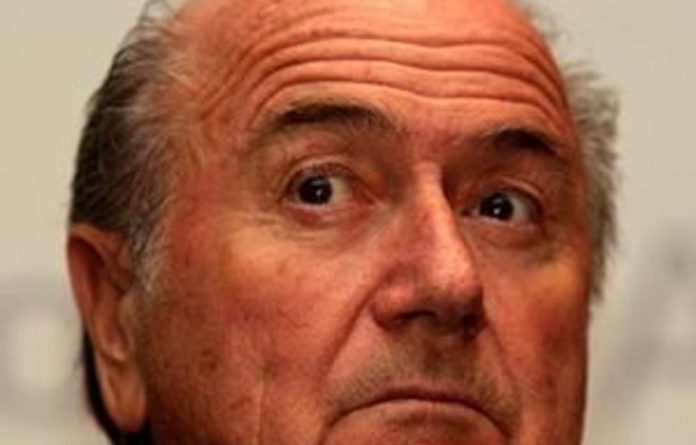 The turmoil surrounding Fifa escalated on Tuesday, with calls for the presidential election to be postponed and leading global sponsors expressing concern that the corruption scandal is damaging the image of the game.

And Fifa vice-president Jack Warner, suspended on Sunday for his alleged involvement in a bribery scandal that rocked the football governing body, has been accused of violating the terms of his ban from football over corruption allegations.

Warner, the influential head of the Caribbean, North and Central American federation (Concacaf) has been reported to Fifa after allegedly continuing to lobby delegates ahead of the football body’s congress.

“He has also been meeting with the members which is against the rules of the suspension,” Blazer told insideworldfootball. “He had sent people to tell them that he would be looking to meet with them.

“He was suspended exactly so he cannot to the things he is doing right now,” Blazer added.

One-horse race
With incumbent Sepp Blatter the only candidate for president after Qatari challenger Mohamed bin Hammam withdrew from the race on Sunday amid bribery allegations, the English and Scottish Football Associations said Wednesday’s election would lack the credibility Fifa needed to counter the flood of allegations rocking the sport’s global body.

Although the call for a postponement was unlikely to affect Blatter’s coronation to a fourth term at the helm of Fifa, he did acknowledge the scandals had hurt Fifa.

“I thought we were in a world of fair play, respect and discipline and unfortunately I have to see it no longer is the case,” Blatter said at the ceremonial opening of Fifa’s congress. “There is danger.”

The English FA called for more time to allow “any alternative reforming candidate” to come forward to challenge Blatter, who has been president for 13 years and is seeking a final fourth-year term.

Election likely to go ahead
But Blatter’s election itself appeared in no danger. A threatened walkout of Asian members seemed unlikely to develop, as some supporters of Asian Football Confederation President Bin Hammams said they would not walk out in protest.

Maldives voter Ali Azim said: “We have to be more civilised than that.”

“My sense is that everyone will be there,” said Australian Chief Executive Ben Buckley.

And despite being suspended along with Bin Hammam, Fifa vice-president Jack Warner called on Caribbean football officials to continue backing Blatter.

On the eve of the election, Blatter also had to deal with two more leading sponsors criticising Fifa’s inability to deal with pervasive corruption claims, and with his second-in-command under fire for saying Qatar had “bought” the 2022 World Cup.

Surprise
England’s intervention took European football body Uefa by surprise, with its president Michel Platini saying the FA did not bring it up at a meeting on Monday.

“They did not ask” for support to postpone the election, Platini said. Uefa is expected to largely back Blatter in Wednesday’s election.

Any postponement of Wednesday’s election would need the backing of three-quarters of the 208 federations attending the Congress, which was scheduled to be opened by Blatter on Tuesday evening.

The English FA had already said it was abstaining before the allegations emerged that led to Bin Hammam and fellow Fifa executive committee member Jack Warner being suspended.

The two were suspended by an ethics committee pending a full probe into allegations that Caribbean football leaders were paid $40 000 each to back Bin Hammam’s presidential bid.
Bin Hammam, the head of Asia’s regional body, withdrew his presidential candidacy before the ethics hearing.

‘Unworkable
“The events of the past two days, in particular, have made any election unworkable,” said Scottish FA chief executive Stewart Regan.

“The integrity and reputation of the game across the world is paramount and the Scottish FA urges Fifa to reconsider its intentions, and calls on other member associations to consider the long-term implications for the game’s image.”

Transparency International, a German-based anti-corruption watchdog, also called for the election to be postponed.

“Free and fair elections cannot take place when there is a suspicion that voters may have been swayed,” spokesperson Sylvia Schenk said. “Fifa should be setting a better example to its billions of supporters and especially to young fans who look to the sport for inspiration and role models.”

The interventions are unlikely to have an impact on Blatter, who is convinced the scandal remains manageable.

“The current situation is clearly not good for the game and we ask that Fifa take all necessary steps to resolve the concerns that have been raised,” Visa said in a statement.

Emirates was “disappointed with the issues that are currently surrounding the administration of this sport,” Boutros Boutros, Emirates’ senior vice-president for corporate communications, said.

“We hope that these issues will be resolved as soon as possible and the outcome will be in the interest of the game and sport in general.”

The sponsor dissatisfaction piled more pressure on Blatter, who has downplayed the chaos in Fifa’s ranks.

“Crisis? What is a crisis?” Blatter said at a news conference on Monday. “Football is not in a crisis.”

Valcke faux pas
Fifa secretary general Jerome Valcke admitted he wrote an email to Warner saying Bin Hammam might have been thinking in his now-abandoned campaign that “you can buy FIFA as they bought the WC”.

Blatter turned down an opportunity to defend Valcke. When asked for a reaction, the president said: “I don’t answer this question.” He added: “We will come back inside the Fifa on that.”

Qatar’s World Cup organisers “categorically” denied Valcke’s claim. Qatar 2022 said it was “urgently seeking clarification from Fifa about the statement from their general secretary. In the meantime, we are taking legal advice.”

Valcke tried to clarify his remarks on Monday, saying he used the word “bought” in reference to Qatar’s “financial strength” which allows large sums to be spent on legitimate lobbying, and did not mean to suggest any bribery.

“I have at no time made, or was intending to make, any reference to any purchase of votes,” Valcke said. — Sapa-AP