FarmVille gets its global game on 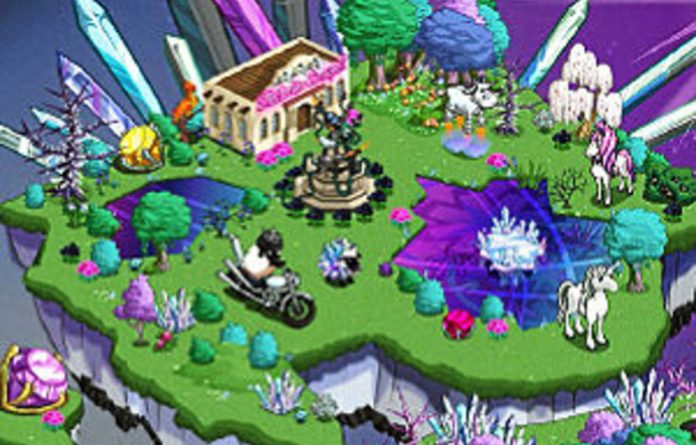 Lady Gaga, pop supremo, wearer of meat dresses, the star who has sold more than 15-million albums worldwide, announced earlier this month that she had partnered with games company Zynga to release exclusive songs through its Facebook game, FarmVille.

The singer’s fans will be able to visit GagaVille, a specially designed farm inside the virtual farming simulation game, which will contain unicorns and crystals. It’s hard to think of a clearer sign that games are now entirely mainstream.

Lady Gaga’s choice of FarmVille makes sense: it’s an enormous market. The game has about 60-million players worldwide. And FarmVille’s demographic appeal is broad. The game is inoffensive to the point of being anodyne and unchallenging to the point that some commentators say it barely deserves the title “game” at all.

But the lack of challenge is part of what’s made it successful: it can be played on any internet-connected computer, doesn’t need special equipment or particular skill, or an expensive phone or data-download plan.

In FarmVille players plant virtual crops — strawberries, bell peppers and leeks are just some of the choices — wait a few hours and then harvest them to receive coins that allow them to buy more farming supplies.

Of course, the best farming goods can’t be bought with in-game coins, but need real money. As the New York Times pointed out in a profile of FarmVille’s founder, Mark Pincus, last year, “the sums are small, but add up quickly when multiplied by millions of users”.

The illustrations are uniformly aimed at lovers of cuteness: the game features big-eyed farmer avatars, pastel-coloured trees and turkeys that are harvested not with a swift hatchet blow to the neck but by plucking their feathers. One doubts whether their “English farm” is ever going to suffer an outbreak of foot-and-mouth ­disease or scrapie.

But the genius of the game is that players advance much more quickly if they rope in their friends. My Facebook account is littered with requests such as: “I’m trying to nourish my baby lamb! Could you send me a bottle?” Yours probably is too. Some find these requests hard to turn down and by exerting this social pressure, FarmVille has consolidated a solid user-base. Lady Gaga’s not the first to spot the business potential of a tie-in with such a popular brand: the last time I entered FarmVille’s virtual space, I was offered a “free windmill from American Express”.

It has also partnered with McDonald’s in the past, as well as raising money for earthquake victims in Haiti.

The growth of FarmVille is just the latest and most obvious expression of a change in gaming demographics in recent years. The media’s image of a “gamer” might still be of a man in his teens or 20s sitting in front of Call of Duty for six-hour stretches, but that stereotype is now more inaccurate than ever.

‘Casual games’
Games companies are increasingly creating products aimed at older women, a demographic that tends to be more interested in “casual” games that can be played in short bursts throughout the day and don’t require too much attention. Big Fish Games, which makes “hidden object” games, designed to appeal to mystery lovers, surpassed $100-million in annual revenue in 2009 and recently announced a partnership with middle-American magazine Woman’s Day.

PopCap Games, whose child-friendly game, Plants vs Zombies, was nominated for a Bafta last year, features “player profiles” on its website, including: “Barbara Simpson (36), Connecticut mom, plays Bejewelled Blitz with a baby on her lap” and “Ann Hough (48), mother, daughter bond over Plants vs Zombies”.

These games are being sold as a way to relax, to indulge in “me-time”, to entertain children and, above all, to connect with others. FarmVille, with its extremely simple game play and emphasis on social connection, has tapped into this market.

Andrea Phillips, the creator of many online games including the social-change-driven Facebook game, America 2049, says: “Games, especially Facebook games, are increasingly targeting older and more female demographics. This is because that is where the money is. Older women spend more time gaming, measured in minutes per day, than any other category of player. Ignoring the audience who wants your project the most is just bad business sense.”

James Wallis, a game designer whose new life-simulator game, Hyperlife, will be based in Facebook, agrees. “Facebook works for us because our intended audience is very broad. We want the fortysomething soccer moms, but we also want teens and twentysomethings to play it.”

And FarmVille’s success with the female demographic?

“As a friend of mine once put it, ‘Girls don’t like to die’. In FarmVille, you only ever succeed, though sometimes you succeed more than other times. This makes a lot of industry people dismiss social games. And these people are fools who have been designing the wrong sort of games. If the success of Facebook games proves anything it’s that there has always been a massive market for games, they’ve just been waiting for the right game to come along.”

Interestingly, this new group of players tend not to describe themselves as gamers. Partly as a response to that image of strung-out adolescent boys, products aimed more at women and at an older market have tended not to call themselves games at all.

What are they?
The Wii console has been marketed as “Wii Fit”, its adverts portraying it as a piece of exercise equipment, not a games console. Nintendo DS games have been marketed as “brain training”, focusing on purpose rather than play.

Although research has shown that the Wii Fit isn’t as effective as going to the gym and there’s little evidence that brain training can help slow mental decline, the “training” packaging helps to sell these games to a demographic that might be unwilling to buy something purely for fun. It’s easy now to find people who say “I’m not a gamer, I don’t play computer games” but, when challenged, will admit that they play Angry Birds on their iPhone, or MafiaWars on Facebook, or solitaire on their PC during quiet times at work. If those aren’t computer games, what are they?

FarmVille, of course, is unashamed about being a game. It’s partly that playful style that makes it a good partner for Lady Gaga, an artist famed for antics and experimentation. Gaga has also used social media to develop a deep connection with her fans. She surpassed Britney Spears last year as the most-followed user on Twitter and topped a survey of the most popular musical artists in online social media.

But Gaga isn’t the only musician tapping into the increasing reach of games. Adrian Hon, the chief communications officer of Six to Start, a games company that made an online game, Ununited Eurasia, for rock band Muse and has just created one for indie band Death Cab for Cutie, says: “Games are a good way for bands to connect to their younger fans, to engage with the sort of people who buy music and go to concerts. Labels and publishers have seen the internet primarily as a place to advertise and a source of worrying piracy, but artists tend to be much more interested in the creative possibilities.”

In all this enthusiasm one should remember that FarmVille has not been without its detractors. In a now-notorious speech, Pincus, talking about the early days of his company, Zynga, said: “I did every horrible thing in the book to get revenue right away. I mean, we gave our users poker chips if they downloaded this Zwinky toolbar which was like, I don’t know, I downloaded it once and couldn’t get rid of it … We did anything possible just to get revenue.”

The social element of the game means that non-players get deluged by FarmVille spam. And game theorist Ian Bogost has suggested that social games are more destructive of personal time than other kinds of gaming, saying that they “abuse us while we are away from them, through obligation, worry and dread about missed opportunities”.

When I shut down a console game, it pauses the action and allows me to resume it at a later time. If I try to step away from FarmVille, it will continue without me and I’ll miss opportunities to grow crops or receive special items, making games such as this potentially more compulsive and harder to quit.

But these misgivings don’t have much effect on the bottom line. The games industry is growing somewhere between 10% and 20% a year, a figure that the film and the music industry could only dream of. We might not all be wearing meat dresses in 10 years’ time, but in hooking up with FarmVille, Lady Gaga is a forerunner of things to come. —