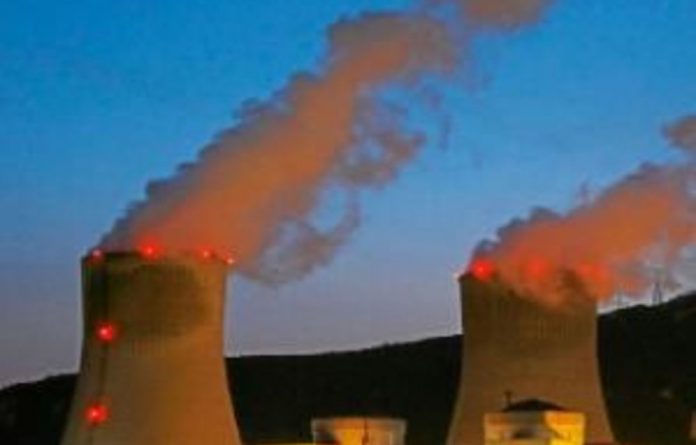 Evidence that greenhouse gas emissions last year were the highest in history has put pressure on South African negotiators to deliver a binding settlement at global climate-change talks in Durban in December.

The International Energy Agency (IEA) estimates this week showed that 30.6 gigatons of CO² were released into the atmosphere in 2010, a rise of 1.6 gigatons compared to 2009, caused mainly by burning fossil fuels.

Fatih Birol, the IEA’s chief economist, said the startling figures meant the goal of preventing a temperature rise of more than 2°C — which scientists say is the threshold for potentially “dangerous climate change” — was likely to be just “a nice utopia”.

“I’m very worried. This is the worst news on emissions,” Birol was quoted in the Guardian as saying. “It is becoming extremely challenging to remain below two degrees. The prospect is getting bleaker — that’s what the numbers say.”

Local specialists said the figures highlighted the urgency of meaningful commitments at the COP17 (Conference of Parties) negotiations in Durban. “The carbon tipping-point is very nearly upon us. The world’s heavy dependence on fossil fuels has brought us to the brink of runaway climate change,” said Fiona Musana, the Greenpeace Africa spokesperson. “Now, more than ever, action and leadership through the international negotiations is critical.”

According to the IEA, CO² emissions were growing faster than predicted. After they fell slightly from 29.3 gigatons to 29 gigatons between 2008 and 2009 due to the financial crisis, a small rise was predicted for 2010 as economies recovered.

“I was expecting a rebound, but not such a strong one,” said Birol, widely regarded as one of the world’s foremost emissions experts. About three-quarters of the rise came from developing countries.

If emissions in 2011 rose at the same pace, the agency said, they would exceed 32 gigatons, the level it had expected them to reach by 2020. South African negotiators have come under pressure from the European Union in recent months to deliver a second term of the 1992 Kyoto Protocol, through which more than 150 countries signed up to a reduction of greenhouse emissions. The protocol ends in 2012.

Richard Worthington of the World Wildlife Fund for Nature South Africa said the IEA research highlighted the need for “far greater urgency”. “It is imperative that the rest of the world be prepared to move forward — without the United States for now — particularly with extending the Kyoto Protocol.” But Alf Wills, leader of the South African negotiating team, warned against unrealistic expectations of the COP17 talks.

The IEA figures showed that the world was running out of time to curb emissions, he said, but COP17 was unlikely to deliver a legally binding global treaty. Obstacles included Japan’s refusal to undertake emissions reductions post-Fukushima, political opposition in the US, the global recession and differences between developed and developing countries. “We face real difficulties in delivering a big bang in Durban. Rather, we expect an ambitious but realistic outcome,” he said.

Foundations would be put in place for a post-Kyoto regulatory system, with an expected collective ambition to keep global temperature rises to between 3°C and 4°C. Financial commitments from rich to poor countries would be firmed up and a review process put in place.

Wills’s team and other global negotiators convene in Bonn next week to put in place final operational steps before COP17. Little is expected of the meeting but the IEA data should shock even the most jaded negotiators. “I hope these estimates provide a wake-up call to governments,” said Lord Stern, a London School of Economics professor and author of the influential Stern Report on the economics of climate change in 2006.

“These figures indicate that emissions are now close to being back on a ‘business as usual’ path. According to the [Intergovernmental Panel on Climate Change’s] projections, such a path … would mean about a 50% chance of a rise in the global average temperature of more than 4°C by 2100,” he said.

“Such warming would disrupt the lives and livelihoods of hundreds of millions of people across the planet, leading to widespread mass migration and conflict. That is a risk any sane person would seek to drastically reduce.” — Additional reporting by Fiona Harvey.

The country is among the G20 countries who have invested in electricity produced from coal, oil and gas at the cost of addressing climate change
Read more
National

Powering Africa up: A low-carbon energy future is needed

The Mail & Guardian will celebrate a Decade of Greening in 2013.
Read more
Advertising
Continue to the category
Africa