Albertina Sisulu ‘was a leader in her own right’ 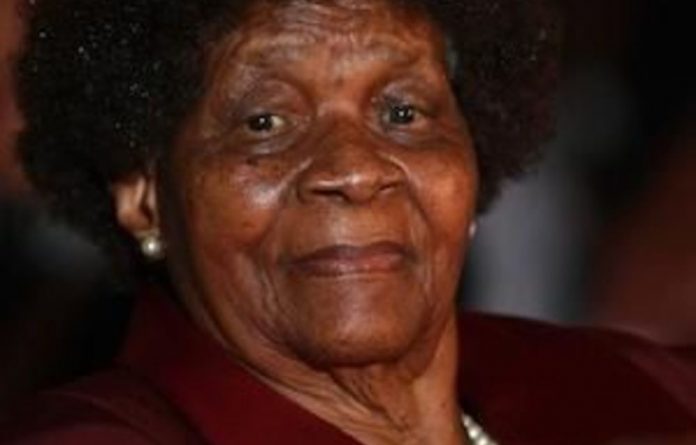 Late African National Congress (ANC) stalwart Albertina Sisulu was a leader in her own right and was not just the wife of Walter Sisulu, ANC secretary general Gwede Mantashe said on Tuesday.

“In the minds of many people Mama Sisulu was Walter Sisulu’s wife … in her own right she was leader and an activist, therefore she is not just an extension of Walter Sisulu,” he told journalists at Luthuli House in Johannesburg.

Albertina Sisulu, who died at the age of 92 in her Linden home on June 2, was one of the last of a generation of leaders venerated as struggle heroes. Watch our slideshow of key moments in her life.

“Patriarchy … tends to relegate women into objects, when they are married to men they get described as so-and-so’s wife.”

Mantashe was briefing the media on activities planned to pay tribute to Sisulu (92), who died in her Linden home last Thursday.

Her husband was once ANC leader.

Memorial services
Mantashe said there was a host of information available on struggle icons but it was “doubtful” whether this was enough to ensure that South Africans were properly educated about their history.

“Whether we do enough about that is doubtful … you need something bigger than the ANC,” he said.

He expressed concern about being “negative” about the country’s history instead of “telling it”.

Mantashe said the media were not contributing to educating society about its history and were overly concerned with “current affairs”.

Memorial services would be held across the country in the run-up to Sisulu’s national special funeral on June 11.

A memorial service would be held in Johannesburg at the City Hall on Wednesday June 8, where ANC treasurer general Mathews Phosa would speak.

Services would also be held in the North West, KwaZulu-Natal and Mpumalanga on June 8, and in the Eastern Cape and Limpopo on June 9. — Sapa