Federer pulls out of Halle tennis 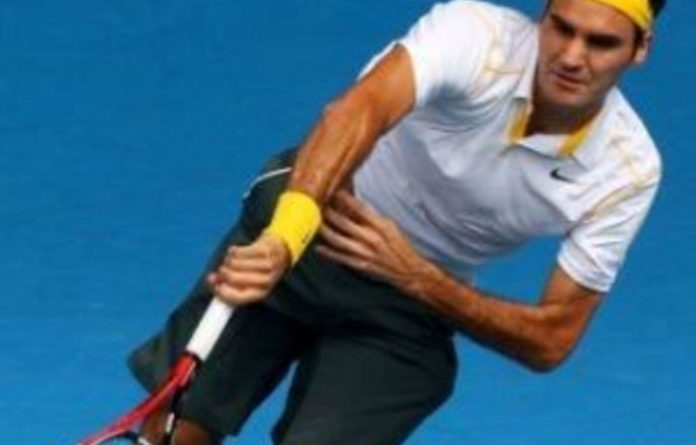 Taiwan’s Yen-Hsun Lu booked his place in the second round of Halle’s ATP tournament with a 7-6 (7/2), 6-3 win over Finland’s Jarkko Nieminen on Monday.

Lu, who reached the quarterfinals at Wimbledon last year, finally got into his stride in the second set but admitted the transition from clay to grass is no easy task.

“It was a tough match to start the grass-court season, I know Jarkko is very good on grass,” said Lu, who upset Andy Roddick to reach the last eight at Wimbledon last year.

“We were both trying to find a rhythm and get a feel for the grass. It was a high quality match and I am glad I won, there are lots of positives to take.

“It’s not easy to switch from clay to grass, there is a lot of difference. You are using different muscles, the ball is a lot lower.

“I have had two days practice, I still have two more weeks [until Wimbledon], so there is plenty of time to get ready.”

Lu will play a German in the second round and faces either wild-card Dustin Brown or sixth-seed Florian Mayer.

“For sure, they will want to do well at home and they will have the crowd behind them,” said Lu.

“It will help them, but I can’t care about that, I have to focus on my game and not lose my concentration.”

Resting
However, the tournament suffered a huge blow when later on Monday when they lost their main draw card as top seed and six-time Wimbledon champion Roger Federer pulled out.

The 30-year-old Swiss — who had been scheduled to face Australia’s former world number one Lleyton Hewitt in a rematch of last year’s final which the Aussie won — announced he did not want to risk aggravating his delicate groin ahead of Wimbledon later this month.

The 30-year-old — who was due to meet Australia’s former world number one and defending champion Lleyton Hewitt in the second round — said he needed to rest after a gruelling campaign at the French Open, where he lost to Rafael Nadal in four sets in the final.

“My body and especially my groin need a rest after Roland-Garros,” he wrote on the tournament’s website.

Seventh-seed Alexandr Dolgopolov of the Ukraine is into the second round after he recovered from losing the first set tie-breaker to beat Holland’s Robin Haase 6-7 (4/7), 6-4, 6-4.

Local favourite Philipp Kohlschreiber is also through after grinding out a 6-4, 3-6, 6-1 win over Cedrik-Marcel Stebe in just over two hours.

In the days other results, Germany’s Tobias Kamke progressed to the second round after compatriot Julian Reister retired injured in the first set.

Russia’s Igor Andreev enjoyed a straight sets win over Potito Starace of Italy, while qualifier Jan Hernych of the Czech Republic made the second round with a hard-fought win in three sets against Sergiy Stakhovsky of the Ukraine.

Fourth-seed Mikhail Youzhny of Russia, who had been due to face Philipp Petzschner of Germany, has pulled out after suffering a foot injury and has been replaced in the draw by lucky loser Dominik Meffert of Germany. — AFP

When will I be famous? Another Grand Slam flop for Nextgen