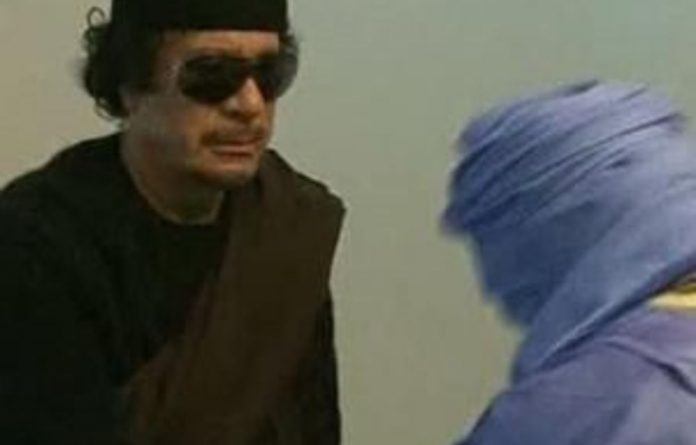 Diplomats from the United Nations and from Spain on Wednesday joined a growing number of envoys beating a path to the Libyan rebel capital Benghazi, an Agence France-Presse correspondent said.

UN special envoy for the North African country, Abdul Ilah al-Khatib, arrived in the eastern city from Tripoli, where he had the day before held talks with officials of defiant Libyan leader Muammar Gaddafi’s embattled regime.

His visit to the country’s second city coincided with one by Spanish Prime Minister Trinidad Jimenez, who was also to have talks with the top echelon of the National Transitional Council (NTC), the rebels’ main political body.

On Tuesday, Mikhail Margelov became the first Russian envoy to visit Benghazi for talks which centered on Moscow playing a potential mediating role between the rebels and Gaddafi’s regime.

Margelov, President Dmitry Medvedev’s African envoy, said Russia was prepared to provide financial support to the rebels but opposed any escalation of the conflict.

“Air strikes don’t solve problems. We are in favour of a political solution, not a military escalation,” he said.

‘We will never submit’
The rebels said they were ready to receive Russian aid “tomorrow”, but stressed that they would not enter any negotiations until Gaddafi stepped down.

Also on Tuesday, the rebels hosted diplomats from China.

China’s foreign ministry said in a statement that the visit of its diplomats was “to gain an understanding of the humanitarian situation and the situation for Chinese investing entities”.

Russia and China, both permanent Security Council members, abstained from the UN Security Council vote in March that gave the go-ahead for international military action against Gaddafi’s regime.

Spain denied last month that it had recognised the rebels’ political leadership, the NTC, describing it as a “valuable” talks intermediary.

Several countries, however, including France, Italy, Britain, Jordan, Qatar, Malta and Gambia, have already recognised the body as the legitimate representative of the Libyan people.

On Tuesday, the diplomatic pressure had also focused on the Libyan capital, where Khatib, a Jordanian, had held talks — described as “positive” by Mussa Ibrahim, spokesperson for the Gaddafi government — with officials.

“He has come here to examine the situation on the ground, because the United Nations suspects it is misled by the reports given by the rebels,” Ibrahim told a news conference on Tuesday evening.

He added: “We want the UN to work with the African Union (AU). We want to give an international dimension to the AU road map” which envisages a ceasefire and national dialogue about a democratic transition.

The rebels have already rejected this idea as it does not include the departure of Gaddafi.

Tripoli, during the visit of the UN envoy, came under heavy bombing raids by Nato-led warplanes, with about 60 strikes, which Ibrahim said killed 31 people. The main target was Gaddafi’s compound.

In an audio message broadcast late on Tuesday, Gaddafi said: “Despite the bombings, we will never submit.” – AFP