A slow rise to the top for SA soccer 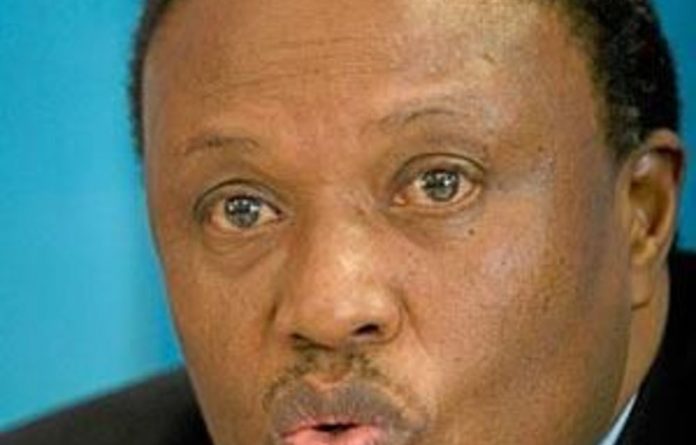 How has hosting the World Cup impacted on the local game?
What it brought was a compliance with time — respecting deadlines — because with a World Cup you cannot do anything without adhering to a deadline. I guess the World Cup brought with it a semblance of discipline regarding how we do things. The stadiums as well helped to improve our domestic product. When you broadcast a match live from those impressive architectural structures it qualifies us to be one of the top leagues in the world.

How do we get local clubs to make better use of the World Cup stadiums?
The challenge we are facing in South Africa is that, unlike in the United Kingdom, Spain, Italy, Germany or The Netherlands, for instance, most teams in those countries are community based. But what we have done is that we encourage clubs to register their common and alternative venues for home matches. Wits registered Milpark as their home ground but also used Mbombela for at least seven matches. The same applied to Mamelodi Sundowns, Orlando Pirates, Kaizer Chiefs and even Black Leopards. We are engaging the government because our clubs have no fixed contracts or agreements in place with the owners of these new stadiums. And, fortunately, we have a minister of sport as well as the chairperson of the portfolio committee who are very proactive and sympathetic.

We have heard that plans are afoot to stage a double-header featuring the Lions against the Bulls and Pirates against Sundowns, pitting Pretoria against Johannesburg.
It has been proved many times in the past that sport can be a powerful tool to unite people. This was demonstrated prior to the start of the World Cup, when people from all walks of life, black and white, young and old, all converged on the streets and at soccer stadiums wearing the national team jersey and all rallied behind our boys. Discussions are taking place at a senior level but, at this stage, all I can say is: watch this space!

How far has the development of football in South Africa progressed since the formation of the Premier League?
The Premiership was repositioned and repackaged back in 1997. As we speak now, in the global league standing we are ranked seventh in terms of the most commercially successful leagues. But, importantly, we are one of the few leagues that owns the copyright to its broadcasts; a league that also owns its editorial policy on the broadcast of its product. Normally in sporting events the broadcaster owns the event, but with us our destiny is in our hands.

How does this financial success benefit the clubs?
We are the only African league that provides grants of about R12-million each a year accrued from television revenue. We are a league that, among other things, offers clubs an ex gratia payment at the end of the season, which allows owners to have a kitty that enables them to go to the market during the off season to reinforce their squads. The money is intended to assist them in building competitive squads to make the league stronger. We want to create an environment that is attractive for our players to stay and compete in South Africa because the financial rewards are attractive.

What inspired the formation of the Premiership?
We repositioned the league to align it with the best leagues in the world. In Scotland competition is between Glasgow Rangers and Celtic. It was the same in South Africa, where Kaizer Chiefs and Orlando Pirates dominated. We did not want to wait until consumers got bored so we became proactive and formed a Premiership which, if you watch it today, you realise that competition is stiff. It is one of the most competitive leagues, where six or seven clubs are capable of winning it. There is simply no guarantee as far as results are concerned and a case in point was the dramatic climax of this season’s Premiership.

The PSL’s board of governors have been to Botswana, Zimbabwe, Kenya, Zambia and many other African countries to sell them the South African model.
You watch top teams all over the world and they are packed with players from Africa. The future of football lies in Africa, but the challenge facing us is about how we keep the talent on the continent. How do we ensure that instead of exporting we import players from Asia, Europe and the Americas to Africa? I am proud that when Fifa was here doing an appraisal of how we do things they gave us a high rating. It means we are doing something right.

What hampers Africa from progressing and becoming a world-beater?
The biggest challenge facing Africa today is to introduce a dimension that is missing — a scientific approach. The North and West are closer to Europe and have benefited from that, with their players often being poached by big teams. They are developed from an early age and when they return to their respective countries they are the finished product. In terms of creative skills we are naturally talented, but the scientific aspect of our game is lacking. The issue of availability of resources is retarding our progress, but how do we overcome this handicap? It is critical for us to adopt a scientific approach and formalise a professional league, then introduce the commercial aspect in terms of sponsorship, broadcasting and seeing how to utilise the broadcasting rights.

You have said today’s players are not as committed as players in the past?
I think there is nothing wrong to earn what they deserve. I am trying to inculcate a work ethic in our players because what I see in some of them is a lacklustre kind of approach to their work. Some of them are preoccupied with issues that do not enhance their profession. They go to training and then they are off to shopping malls, car-wash corners, relaxing and eating the wrong types of food. In Spain, when a player goes to a supermarket, he is careful about what he purchases because, if he has a bad game, he will be criticised because of the junk food that he was seen to be purchasing.

What is your interpretation of commitment in players?
As I say, there is nothing wrong in demanding money. But when was the last time we produced a player who came close to resembling Jomo Sono, Kaizer Motaung and Mlungisi Ngubane? Kaizer used to run up to a hill top near his home in Meadowlands and Jomo used to run up and down the stairs at Orlando Stadium without any inducement or coercion. How many of today’s players do extra training without being asked? Jomo used his first salary from Orlando Pirates to purchase 12 balls and he personally used them to practice how to curl the ball around defenders or goalkeepers. Show me a player who can copy these former greats, a player with the same kind of commitment. That will convince me that, because of the effort he is putting in, he deserves something extra on his table. This country is blessed with unbelievable talent but the discipline is still lacking. Some are trying, but the rest don’t treat their profession seriously.

Irvin Khoza is vice-president of the South African Football Association and chairperson of both the PSL and Orlando Pirates.