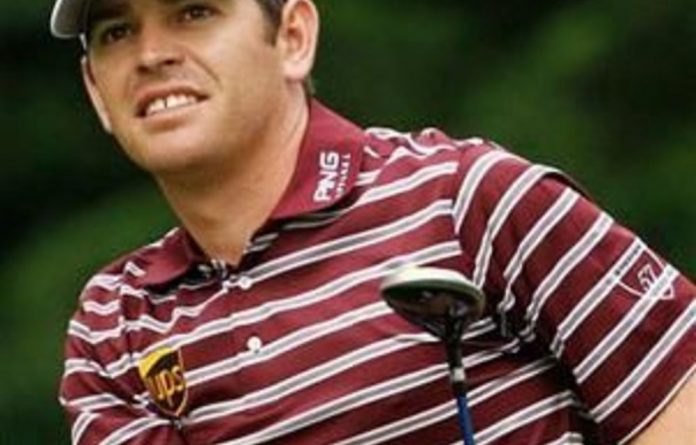 Rory McIlroy put his Masters misery firmly behind him on Thursday, firing a superb six-under 65 for a three-stroke lead in the first round of the 111st US Open at Congressional Country Club.

The previous round of Major golf for the then 21-year-old Ulsterman had been a nightmare 80 after taking a four-stroke lead into the final round of the Masters in April.

McIlroy, now 22, took command of the leaderboard late in a day that saw South Korea’s Yang Yong-Eun in front for much of the way with a 68, while some of golf’s big guns misfired badly.

Level with Yang on three under was Masters champion Charl Schwartzel of South Africa who came in with a late charge.

It was a disappointing day, though, for the world top-three glamour grouping with Luke Donald and Martin Kaymer struggling to a 74 and Lee Westwood ending the day a stroke further back.

US fan favourite Phil Mickelson, meanwhile, once again was wayward off the tee, but battled back as best he could to stay in touch with a three-over 73.

McIlroy sunk six birdies for no bogeys and he transmitted a picture of youthful confidence in stark contrast to the “little boy lost” look he displayed down the back nine at Augusta.

By the end of a riveting opening day, the Boy Wonder from Belfast found himself in a similar position to the one he was in at the year’s first Major, when he was joint first-round leader, two strokes clear of Korea’s Yang.

“It was a good round of golf. I didn’t really put a foot wrong,” he said.

Proving his mettle
Sturdy Korean Yang stunned the golf world when he won the 2009 US PGA Championship title, becoming the first Asian man to win a Major and edging Tiger Woods in the process.

On Thursday, he once more proved his Major mettle by firing a round of five birdies and two bogeys.

“I think the course set-up is a bit more to my advantage than the other previous US Opens,” Yang said. “And also I’ve been playing a lot more conservatively this week and practised a lot, played less bonehead plays.”

Oosthuizen, who won his first Major by an amazing seven strokes last July at St Andrews, bogeyed the first two holes before finding his form with six birdies.

“I’m happy with my score,” Oosthuizen said. “I made four bogeys, but on this golf course it’s got a lot of bogeys out there.”

Among a large group that finished the day on one-under 70 was defending champion Graeme McDowell.

The Ulsterman, whose win at Pebble Beach last year catapulted him into prominence in world golf, opened with a bogey, but he was at one under by the turn and parred his way down the back nine.

“I felt really, really good this morning. I felt normal,” said McDowell, who has said the weight of being the US Open champion had been draining him over the last few months.

Soon in trouble
The world’s top three players, meanwhile, struggled to get to grips with the testing par-71 layout west of Washington, favoured by US presidents and lawmakers and hosting the US Open for the first time since 1997, when Ernie Els won.

World No 1 Donald, No 2 Westwood and No 3 Kaymer all opened solidly enough over the water at the devilish par-three 10th.

But, playing in the same grouping, they were all soon in trouble over the more difficult back nine, especially Englishman Donald, who dropped six strokes in six holes from the 13th.

Donald was down but not out.

“You go back to the positives I’ve had over the last four months,” he said.

“I’ve played in enough US Opens and Majors to know that if I shoot something in the red [under par] I’m putting myself back in position.”

For the first time since he made his debut as an amateur in 1995, there was no Woods at a US Open, serious knee and tendon injuries sustained at the Masters having ruled him out. — AFP