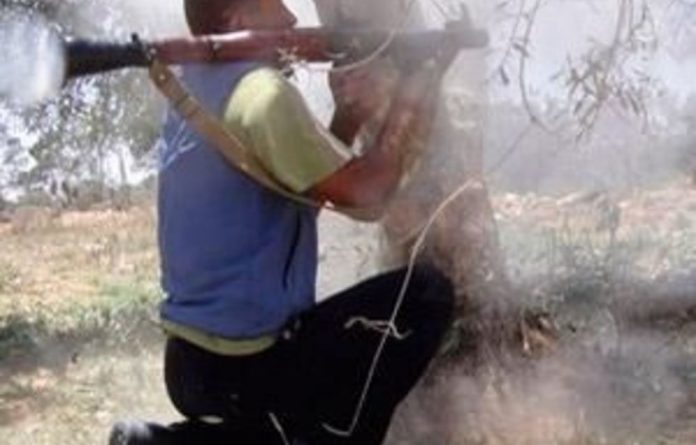 The Libyan government said on Monday 19 civilians were killed in a Nato air strike on the home of one of Muammar Gaddafi’s top officials, a day after Nato admitted killing civilians in a separate aerial attack.

Libyan officials took reporters to Surman, 70km west of Tripoli, to the site of what they said was a Nato air strike on the home of Khouildi Hamidi, a member of Libya’s 12-strong Revolutionary Command Council, led by Gaddafi.

Rescue teams were looking for survivors while reporters visited the site. Reporters were then taken to a hospital in nearby Sabrata where they were shown nine bodies, including those of two children, plus some body parts, which the Libyan government said were all of people killed in the attack.

The state-run Jana news agency later reported on its website that eight children were among 19 people killed in the attack. The dead included members of Hamidi’s family, it said. The government said Hamidi himself was not hurt.

Nato said it had bombed a “legitimate military target — a command and control node” in the area, and it could not confirm whether civilians had been hurt. It said Nato does not target specific individuals.

“This strike will greatly degrade the Gaddafi regime forces’ ability to carry on their barbaric assault against the Libyan people,” Lieutenant-General Charles Bouchard, the Canadian commander of Nato’s Libya operation, said in a statement.

If the Libyan government’s account of civilian deaths is confirmed, the incident could further complicate operations of the Nato-led military alliance, starting to feel the strain of a campaign that is taking longer and costing more than planned.

Nato acknowledged on Sunday for the first time that it had killed multiple civilians in Libya, when a strike intended to hit a missile site erred and destroyed a house in Tripoli. Bouchard said he regretted the loss of life in that incident, and a system failure may have knocked the weapon off course.

Libyan officials say Nato forces have killed more than 700 civilians, although they have not presented evidence of such large numbers of civilian deaths and Nato denies them. Libya says one of Gaddafi’s sons and three of his grandchildren were killed six weeks ago when Gaddafi’s Tripoli compound was hit.

Italy’s Foreign Minister Franco Frattini said on Monday civilian deaths pose a risk to the Nato-led military alliance. Nato states have been hitting targets in Libya since March 19 in what they say is an operation to protect civilians.

The Arab League, which in March asked the United Nations Security Council to impose a no-fly zone over Libya to protect civilians, condemned the loss of life in Sunday’s incident.

“When the Arab League agreed on the idea of having a no-fly zone over Libya it was to protect civilians but when civilians get killed this has to be condemned with the harshest of statements,” said deputy secretary-general Ahmed Ben Helli.

The Libyan leader says the Western-led military campaign is an act of colonial aggression designed to steal Libya’s oil.

Frattini expressed concern that Nato was losing the propaganda war: “We cannot continue our shortcomings in the way we communicate with the public, which doesn’t keep up with the daily propaganda of Gaddafi”.

“These missions are extremely difficult. They are extremely dangerous. We faced this situation in Afghanistan, we faced it in the past in Kosovo,” she said. “It’s always an issue in any Nato mission to maintain popular support, to maintain public understanding for why we are there …”

Ashour Shamis, a UK-based Libyan opposition activist, said Hamidi played a key role in Gaddafi’s war against the rebels. “He is very much there, controlling the army and supervising military activities,” he said.

Nato continued its three-month campaign of air strikes on Monday. A Reuters reporter in central Tripoli said he heard jets overhead around midday, then a distant explosion. There were no details immediately available on what was hit.

The rebels have made slow progress since Nato countries joined the fight three months ago, but are now advancing towards Tripoli from a bastion in Misrata east of the capital and from the Western Mountains region to its south-west.

Shelling attacks by loyalist forces positioned outside Misrata killed 11 civilians in the rebel-held coastal city on Monday, a doctor at the main hospital there said by phone.

Those included a child who was killed when a salvo of three rockets fired by Gaddafi forces hit a built-up area near the port, a Reuters reporter said. Two more children were wounded.

A rebel at the scene named Hassan Douwa said: “Is Nato waiting for Gaddafi to kill us all before it does its job? Give us the planes and we will do it ourselves.”

Rebel spokesperson Ahmed Hassan in Misrata said Gaddafi’s forces intensified their shelling of Misrata on Monday, with at least 20 rockets landing in the city centre.

Rebels in the Western Mountains said they had shut off a pipeline that supplies crude from an oilfield in the south to the Zawiyah refinery near the capital Tripoli. The refinery is one of the few sources of fuel for Gaddafi-held areas.

“This is an attempt by the rebels to stifle the Gaddafi regime in Tripoli,” rebel spokesperson Juma Ibrahim said by phone from the Western Mountains town of Zintan.

Rebels have been boosted by defections of Gaddafi loyalists. They said on Monday 22 soldiers had defected from a unit in the south. Gaddafi officials say defections have not made a significant dent in government forces.

Rebel diplomatic chief Mahmoud Jibril is due on Tuesday to travel to China, which has not taken a firm side in Libya’s civil war but has tried to expand ties with the opposition.

EU foreign ministers agreed at their meeting in Luxembourg on Monday to look into the possibility of using frozen Libyan funds to assist the rebels.

The rebel oil and finance minister accused the West on Saturday of failing to keep promises of vital financial aid, leaving the rebels without any money to continue their four-month campaign to unseat Gaddafi.

In a joint statement they said the European Union acknowledged the urgent financial needs of the rebel transitional council, which requires more than $3-billion to cover salaries and other needs in the next six months. – Reuters