Can a feminist rejoice in the likes of Beyoncé or Lagarde? 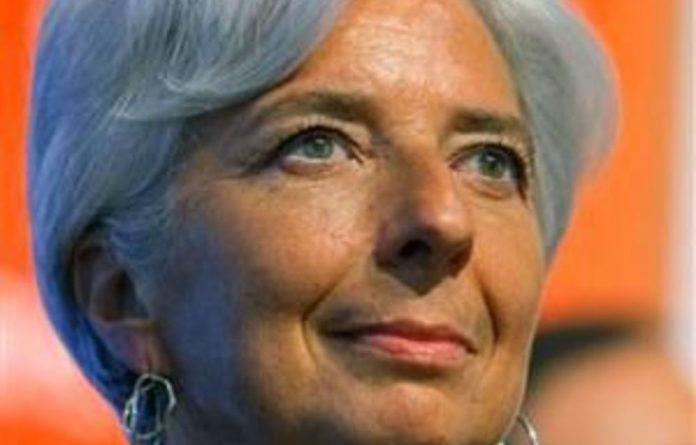 How do you solve a problem like Beyoncé? She is the personification of the equality conundrum. On the one hand she was the first woman to headline Glastonbury, and this is a hugely big deal, since without that — and a bit of Florence and the Machine before — the overwhelming impression remains that only men truly know how to boogie.

But what does she do with her new supremacy, her crowning achievement for all womankind? She sings a song about how, if you wanted to go out with her, moron, you should have pursued that desire with a proposal of marriage. “Put a ring on it,” she sings, waving her hands about like an Andrews Sister on amphetamines. “Put a ring on it”, mouth the girls in the audience, dead-eyed with the madness of crowds. As if the past 50 years had never happened, as if one’s own sexual destiny were a meaningless bauble, to be hung off the first john with a bank account who shows an interest. It’s distressing. And yet would you prefer it to have been Coldplay again?

The same dilemma plays itself out, from the New York Times to the IMF. That’s not quite fair in the case of Jill Abramson, that paper’s first woman editor, who has never shown herself to be anything other than a right-thinking feminist. Christine Lagarde, on the other hand, is very much the Beyoncé of international finance.

She is problematic for these reasons: first, she is not above touting about all the ancient stereotypes of femininity, which egregious tropes are what keep women out of high office in the first place. She talks about her “feminine and understated” negotiating style, and how helpful it is, though frankly, her immediate stance on Greece — belt up and get on with it — won’t strike protesting Greeks as at all understated, I shouldn’t think.

Lagarde said in an interview that the fragile foundations of the euro were down to its “founding fathers … Founding fathers not mothers, notice. Regrettably there was no woman at the table at the time”. She is often to be heard bemoaning, in a cheerful way, the excess of testosterone in the room; she lightheartedly told Jon Stewart on the Daily Show that men were responsible for the financial crash because of their manly behaviour. The delivery and extremity of these statements does cover quite a spectrum — sometimes she seems sincere, other times she’s clearly mainly joking — but still, I am not a big fan of the subtext, a worldview that holds one sex to be inherently more sensible than the other, whoever’s favour it comes down on. No purpose or truth is served by these generalisations.

Naked finger dance
Oh, and then there’s her politics: a favourite of Nicolas Sarkozy, she is avowedly neoliberal, overseeing $15-billion in tax cuts and chipping away at the 35-hour working week (the French used to call her the “American minister”). Anything that damages social equality generally, whether increasing the wealth gap or cutting back on the welfare state or job security, will affect women disproportionately: this has been shown time and again. Lagarde may as well be doing Beyoncé’s naked finger dance for all the good she does for womankind.

Prominent women do not necessarily pursue the rights of women generally, and it is almost worse when they pretend to (Lagarde said once: “I feel accountable to the community of women. And I don’t want to fail because of them.”) than when they don’t — compare her with Margaret Thatcher.

Yet the evidence is that while the high-profile letdowns stick in our minds, much important work goes unremarked: women in high office, politically, often form cross-party alliances to tackle specific women’s issues that leftwing, male-dominated regimes have ignored. And centre-right or even right-wing parties will often adopt traditionally leftist policies which, in Parliaments without many female representatives, people don’t even talk about, let alone recognise as political currency. Angela Merkel is not a bad example, having introduced publicly funded childcare and policies to reduce violence against women.

The civil architecture of gender equality — our Equality and Human Rights Commission; in Europe, the European Women’s Lobby; in the UN, the Entity for Gender Equality and the Empowerment of Women — comes from pressure within the ranks of power, not from protesting voices of outsiders. So even while one might, as a voice of protest, have much purer political goals and more consistent feminist messages, there is also a lot to be said for the more establishment business of muddling towards equality while possibly prioritising other, unfeminist aims at the same time.

Moreover, it is axiomatic in the equality business that women should have the freedom to be as politically varied as men, as idiotic and selfish as men if they must; Theresa May has to be allowed to happen in order for Lisa Nandy to flourish. Rejoicing in female representation only when it chimes with your view is not, frankly, very feminist. Even though we are in this ironic situation where a male alleged rapist, being a socialist, would probably have pursued more female-friendly policies than a neoliberal woman, that does not mean we should regret her ascent to the top job.

And as for Beyoncé, for God’s sake, woman. If you wanted to get married so much, why didn’t you ask him? – guardian.co.uk

The consensus among leading economic officials is that while the next global crisis may not be imminent, now is the time to prepare for it
Read more
World

An ode to the matriarch

'Women like my grandmother held up half the sky with simple food, the spirit of celebration and an open kitchen door'
Read more
Opinion