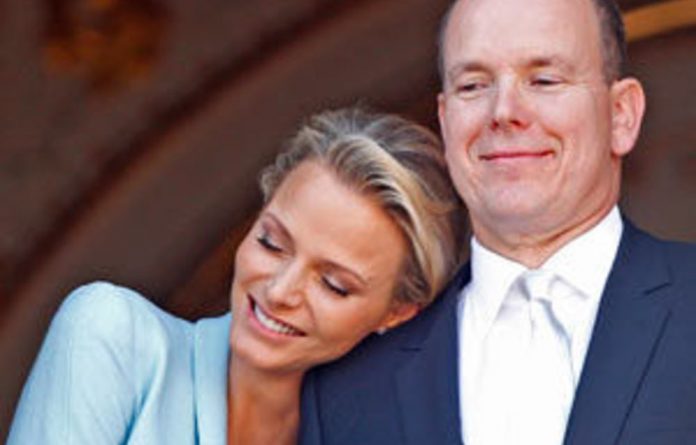 Monaco’s reigning Prince Albert II, wed Charlene Wittstock of South Africa on Friday in a long-awaited ceremony that transformed the one-time Olympic swimmer into the Princess of Monaco.

Wittstock succeeds Hollywood beauty Grace Kelly, who wed Albert’s father, Prince Rainier III in 1956, had three children with him but died in a car accident in 1982.

Monegasques on Friday swarmed the plaza outside the palace where the ceremony took place, hoping to catch a glimpse of the newlyweds during the first of two days of royal wedding events.

When asked if they take each other in marriage, both quietly responded “Oui.” The marriage became official — and when Philippe Narmino, president of Monaco’s Council of State, pronounced “I declare you united by the bonds of marriage”, Wittstock became a princess.

The royal couple signed the marriage register with a specially created pen in gold and precious stones and adorned with their monogram made by German luxury penmaker Montblanc.

Eligible no more
Although Albert, 53, was seen for decades as one of Europe’s most eligible bachelors, he had long resisted marriage. Many in Monaco — known the world over for its lax tax laws and glamorous casinos — feared he might never tie the knot.

The Riviera principality’s 7 618 citizens and their partners were invited to post-ceremony cocktails on the square in Monaco, to be followed by a concert by French composer Jean Michel Jarre and a laser light show.

With her bright blue eyes and delicate features, Wittstock has often been compared to Kelly, an American movie star known for her iconic fashion sense.

Friday’s wedding was the first for both Wittstock and Albert, although the soft-spoken prince has acknowledged fathering two children out of wedlock.

Rumours raged over the past few days that a third illegitimate child had recently surfaced and that development allegedly prompted Wittstock to try to call off the wedding at the last minute and return to South Africa.

The palace dismissed the stories as “ugly rumours” born out of jealousy. Speaking earlier this week on Monaco-Info TV, a top aide to the prince said the couple were “affected” by the rumours but were concentrating on last-minute preparations.

Still, the tensions were evident when Wittstock talked in a TV interview before the wedding about wanting to have her own children.

“I love children and have always wanted to have children of my own,” she said on BFM television, sitting next to Albert with a close-lipped, tense smile. “We’ll see, in the next couple of months or years.”

Bling and braai
Wittstock also joked that she would bring South African braaiing traditions to Monaco.

The Catholic ceremony will also take place in the palace, followed by a gala dinner by three-time triple-starred Michelin chef Alain Ducasse. Besides the Champagne and the South African wines, everything served at the sumptuous buffet is hails from within a 10km radius from Monaco, Ducasse said.

The festivities kicked off late on Thursday with a free concert by the legendary Los Angeles band The Eagles.

Albert and Wittstock attended the show, he in a dark suit, she wearing a strapless black pantsuit. — Sapa-AP