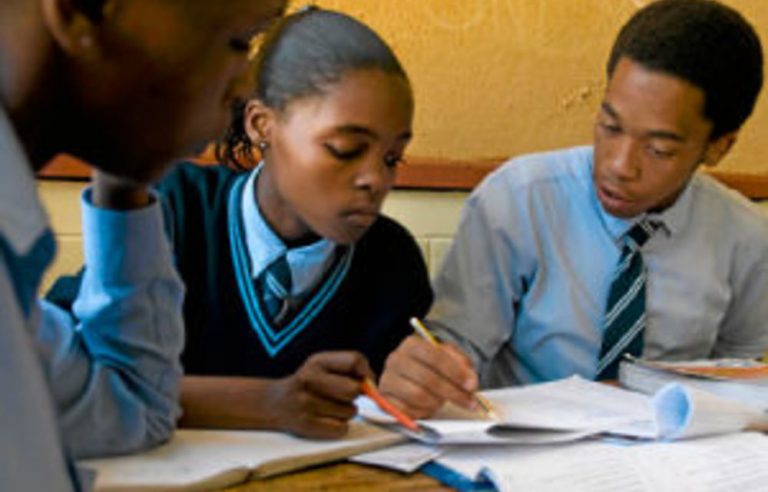 Without a sound education system a nation cannot prosper. But there is also a strong moral imperative to ensure that quality education is available so that citizens have a better chance of realising their potential. My purpose in this series is to try to measure the extent to which South Africa is meeting this moral imperative across all education sectors.

What are the aims of education? It seems to me fundamental that every child (or adult) must leave school able to write and read, and with sufficient mastery of at least one language to be able to reason and think in it. Every child must leave school with sufficient skills to make his or her way in the world — which will usually mean the child must have a minimum of language skills, numeracy skills based on a foundation of addition, subtraction, multiplication and division, and science, history and geography. And all children must have developed a set of ethical values that will strengthen their role as good citizens.

Those who embark on further education and training in colleges or Setas should leave with an adequate skills base and the ability to communicate well. Those leaving university should have in-depth knowledge in a special field, with a more generalised knowledge at a high level. They must be prepared for education over a lifetime and have the ability to adapt and change. Their education should prepare them not only to meet a contemporary skills requirement, but also to be able to adapt as knowledge and circumstances change.

School is compulsory up to grade nine. This compulsory phase — called general education and training — must meet the fundamental minimums I have outlined. But, as I will show, we have no reliable measure of this because we do not have a school-leaving examination at the point at which more than half the population effectively leaves school.

Yet every piece of evidence suggests that compulsory education fails more than 50% of children at this basic level. This, as much as the poor performance of our national school system in the grade 12 national senior certificate examination (matric), must demand our attention.

The 1953 Bantu Education Act was ushered in by Hendrik Verwoerd, who said: “What is the use of teaching the Bantu child mathematics when it cannot use it in practice? That is quite absurd. Education must train people in accordance with their opportunities in life, according to the sphere in which they live.”

In sharp contrast, the Freedom Charter adopted at the Congress of the People at Kliptown on June 26 1955 stated “the doors of learning and culture shall be opened”. Thankfully, that has been the case for some years.

But the legacy of Bantu education remains. It still limits the extent to which some African parents and teachers can help their children. In 2009, 1477 000 black Africans over the age of 15 could not write their own names, 2674 000 could not read and 1721 000 were not numerate — minimally defined by Statistics SA as the ability to work out how much change you should receive when making a purchase. This is partly owing to that legacy.

So the funds are available, but are we getting any bang for our buck? For many, the most high-profile assessment of educational success in schools is the matric pass rate. But the sharp increase in passes for 2010 proved to be contentious. And I would, anyway, want to question the quality the pupils achieve. To be granted a national senior certificate, a pupil needs to achieve 40% in three subjects, one of which must be the home language, and 30% in three subjects.

In science the picture is similar. Of 205 364 pupils who wrote physical science, 47.8% passed with 30% and above, and 29.7% with 40% and above. Many other subjects also show the poor quality of the results. In English first additional language, a subject taken by nearly a half-million students, only 71.3% got 40% or more — which means that nearly 30% (133 353 students) got less than 40% but passed. And this is the language needed for further study and the world of work!

The fact is that 30% is a pass mark in many cases — and in certain cases even that 30% is achieved only by a standardisation process that takes some marks up. As Nan Yeld, professor at the University of Cape Town, has shown, the data released by quality assurance body Umalusi reveal that in the 2010 matric exam the raw mean (that is, before standardisation) for accounting was 27.8% and for maths 23.7%. These are frightening figures.

The recently introduced national assessment tests in numeracy and literacy at various stages in schooling could give us an early warning of just how bad the situation is. How reliable a tool the tests will prove to be for that purpose is something we will better be able to judge after analysing the results released this week by the basic education department.

The fact that there are no published results for grade nine means that there is no public or political attention given to the wastage at that point in the school system. The scrutiny of grade 12 results each year has led to programmes to look at underperforming schools but there is no equivalent at the grade nine exit point.

The old junior certificate had its faults but many aspired to it and in the workplace it was at least a recognised qualification. An exit qualification at grade nine that is rigorous would mean something. At the moment, all these students have is a school report.

Overall, I think we can safely say we are not getting much bang for our buck.

Dr Stuart Saunders was vice-chancellor of the University of Cape Town from 1981 to 1996. This is the first in a three-part series that originates from his recent address to the UCT Leadership Alumni Forum.