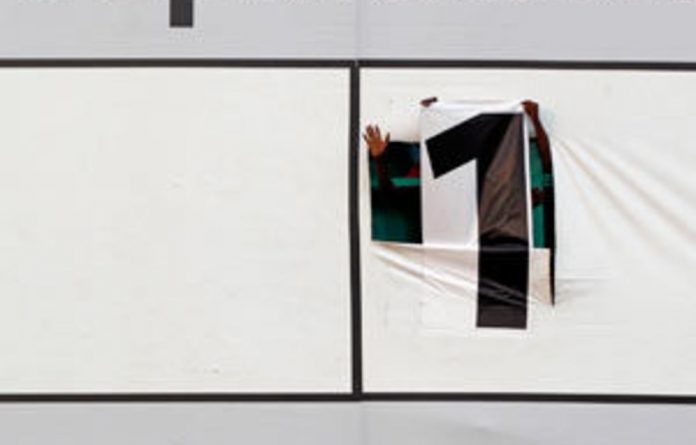 South Sudan is due to declare independence from the north on Saturday — a split agreed as the climax of a 2005 peace deal that ended decades of north/south civil war.

The division of what was Africa’s largest nation is looming amid a host of unanswered questions. Despite years of talks and international conferences, Sudan’s north and south still do not know how they will manage their oil revenues, split their debts or even where to place their shared border.

Below are some scenarios on what might happen next.

Last-minute deal
Optimists have always held onto the hope that Sudan’s northern and southern leaders might just be engaged in an extended act of brinkmanship.

Under this scenario, southern President Salva Kiir and northern leader Omar Hassan al-Bashir would sit down some time before or shortly after July 9 and sign a last minute deal on oil, finance, border flashpoints and other issues.

The main factors weighing against this idea are the time constraints, the lack of progress in talks so far, bitter mutual distrust after decades of war and the distraction of the latest outbreaks of violence in the border regions of Abyei and Southern Kordofan.

Insiders say the North/South discussions have been excruciating, with officials agonising over every other word. Even the limited agreements that have been announced — for example, giving the south time to start a new currency — have not been signed by the presidents and could easily slip.

Messy divorce
By far the most likely scenario is that North and South Sudan go their separate ways on July 9 with a long list of crucial issues left hanging for a considerable period of time.

This will not just be a case of both sides muddling on. There are real dangers involved, most worryingly over oil.

The south will own all the oil drilled on its territory but, under current arrangements, has to transport that crude through northern pipelines and Sudan’s only sea port on the north’s Red Sea coast.

No agreements have been reached on how much the north will charge the south to use its pipelines or the management of oilfields that straddle the border.

Without an agreement, the opportunities for conflict and skirmishes are legion, especially if the north goes through with its threat to block the pipes to win concessions.

The opaque way Sudan has always handled its oil transactions means chances will abound for misunderstandings and accusations.

International bodies like the United Nations can take some of the credit for the limited progress since the 2005 peace deal. After July 9, however, there will be far fewer global bodies left, especially in the north, to report what is going on, offer a helping hand and push the parties along.

The mandate of the United Nations Mission in Sudan, set up to monitor the peace deal, expires on independence day and Khartoum has already said it wants the 10 000 UNMIS peacekeepers to go.

The Assessment and Evaluation Commission, a global body set up to watch the peace process and give logistical support, is also packing its bags.

There are worries about the fate of hundreds of thousands of civilians caught up in fresh fighting in Southern Kordofan if there are no blue helmets left to record what is happening to the area’s population.

A question mark also hangs over more than a million southerners left in the north either by choice or stranded. Vague agreements have been made on settling their citizenship but, again, nothing signed by a president.

Northern southerners have been alarmed by statements threatening to deny them basic services, forcibly repatriate them and knock down their refugee camps.

All out war
The worst scenario is a complete collapse of north-south relations and a return to the civil war fighting that killed an estimated 2 million people and forced four million to flee prior to the peace deal in 2005.

This is unlikely in the short to medium term, mostly because the two new countries will have nothing to gain from such an outcome. Both economies need the oil to keep flowing. Both of their national armies are already stretched dealing with renegades and rebels inside their own territories.

More likely is an eruption of fighting in flashpoint states along the north side of the shared border.

Southern Kordofan and Blue Nile are filled with communities who fought alongside the south during the civil war and now feel abandoned by their old comrades and threatened by their northern rulers.

Prolonged fighting in either region could spill over into the festering eight-year insurgency in Darfur, which also borders the south.

There is the prospect too that random, small-scale acts of violence escalate into conflict. Northern and southern troops are facing off along a long border that remains largely unmarked, thanks to the lack of progress in negotiations.

Earlier this year, the southern town of Malakal went on to full alert when a drunk soldier climbed into a tank and fired off a shell. Another prolonged bout of fighting in Abyei was reportedly sparked by an argument between a handful of soldiers at a border post.

The biggest flashpoint is Abyei, a pocket of land claimed by both sides with relatively little oil but lots of symbolic significance. Years of talks and clashes have failed to settle its status and there is no sign of movement from either side. — Reuters

As the globe moves towards greener energy practices, more women must be included in this new growth sector, for the benefit of all
Read more
Africa

The SADC has been lackadaisical in its response to the insurgency in Mozambique and in so doing, is putting several other southern African countries at risk
Read more
Coronavirus