Not out of the Woods yet 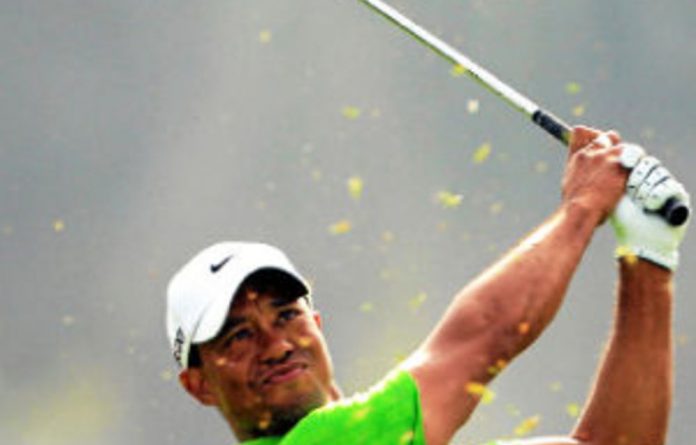 Tiger Woods is expected to return to golf in time for the United States PGA Championship in Atlanta next month but for the moment the sport has been left to digest the news that the former world No 1 will not compete in the Open Championship at Royal St George’s next week.

The announcement came this week on Woods’s website, saying he would not make the trip to the Kent coast because of the injuries to his left knee and Achilles tendon. “I’ve been advised that I should not play in the British Open,” the statement read. “I am only going to come back when I’m 100% ready. I do not want to risk further injury. That’s different for me, but I’m being smarter this time. I’m very disappointed and want to express my regrets to the British Open fans.”

He will be replaced by a fellow American, Jason Dufner, Australia’s Brendan Jones having turned down the chance to play because his wife is expecting.

Woods’s withdrawal was not unexpected, but it nevertheless cast further doubt on the trajectory of his career. He stands 17th in the world rankings — his lowest since 1997 — and he is without a win in 20 months. His last victory on the US PGA Tour came almost two years ago, and his last in a major championship was the 2008 US Open.

The world of golf has moved on since he was in his prime, a new generation of stars has emerged, and with an increasingly burdensome left leg — it has been operated upon on four different occasions — there must now be some serious doubts about Woods’s ability to restore anything approaching his former dominance.

Where once there was almost no debate that he would overtake Jack Nicklaus’s record of 18 major championship victories, the main argument now is whether he will ever improve on his current total of 14.

The prognosis is gloomy, even among the legion of Woods admirers, although the man himself remains optimistic despite this latest setback. He has now missed two of this year’s majors because of injury. “I think my best years are still ahead of me, and I’m very confident and optimistic about the future,” he said.

As for the moment, Woods said he had personally called Peter Dawson, the R&A’s chief executive, to inform him he would not be able to play next week. “I know how disappointed Tiger is not to be able to play in the Open this year. Naturally we are sorry that a player of his calibre isn’t able to join us at Royal St George’s, but we wish him well in his recovery and hope to see him back soon, competing in front of the fans that love to see him play the game,” Dawson said.

The sense of disappointment was echoed by Woods’s peers, with Padraig Harrington saying the American, for all his recent difficulties, remains a big attraction for both the public and players. “As much as you try to avoid looking at any other player, he is still the name you would look at the most,” the Irishman said. “When he is playing in a tournament, we all like to beat him. It is not that we wanted him to turn up and win next week.

Speculation surrounding Woods’s return now switches to the Bridgestone Invitational in Akron — a tournament he has won seven times — which will be played in the week before the US PGA.

As for the Open Championship, the absence of the man who once dominated golf will only increase the attention on the newly minted US Open champion Rory McIlroy. —