Phone hack fallout may spread to US 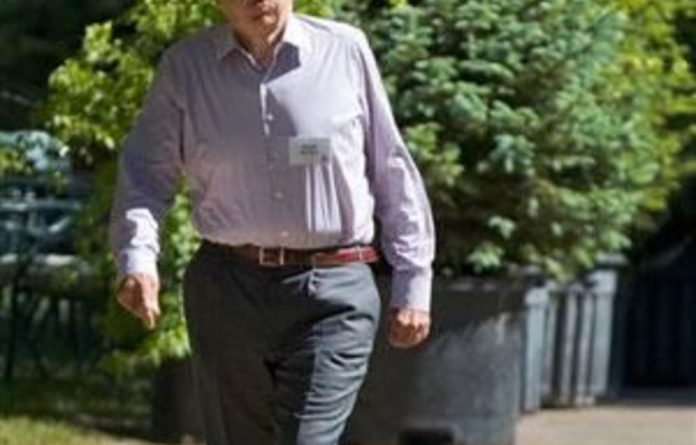 The British Parliament will back a motion on Wednesday urging Rupert Murdoch to drop plans to buy the whole of broadcaster BSkyB in a widening scandal over phone-hacking by one of his newspapers.

The opposition motion is not legally binding but the two parties in the ruling coalition say they will support it, reflecting public disgust over the scandal and breaking years of close ties between Murdoch and successive British governments.

The fallout threatened to spread to the United States, homebase of Murdoch’s News Corp media empire which owns a clutch of prominent US media properties including the Wall Street Journal, the New York Post and Fox Broadcasting.

US Senator John Rockefeller, chairperson of the committee on commerce, science and transportation, called for an investigation to determine if News Corp had broken any US laws.

Rockefeller said he was concerned that the phone hacking acknowledged in London by News Corp “may have extended to 9/11 victims or other Americans”, in which case he said “the consequences will be severe”.

British Conservative Prime Minister David Cameron’s decision to turn against Murdoch, intended partly to limit the damage the crisis has done to his own credibility, has increased doubts that the 80-year-old media magnate can secure the 61%of BSkyB that News Corp does not own.

The Independent newspaper, which has been critical of Murdoch since the scandal broke, quoted ministers as saying privately that the takeover would be “politically dead” after the vote in parliament.

One government insider told the paper that the only way News Corp could complete the takeover of BSkyB would be to sell off his three remaining British newspapers — the Sun, the Times and the Sunday Times.

But Ian Whittaker, an analyst at Liberum Capital, said it was not clear the vote would create a substantially bigger problem for the bid, which would increase the US-based magnate’s domination of British media and secure his pay-TV ambitions.

“It’s non-binding, so it doesn’t really make a bit of difference from that standpoint,” Whittaker said.

News Corp shares on Tuesday lost gains they had made on news of a $5-billion share buyback that took advantage of a 14% slide in the company’s stock price since Thursday.

Murdoch has closed down the top-selling News of the World tabloid to try to salvage the $14-billion bid for BSkyB.

But public anger has risen over allegations that reporters at the paper hired investigators who hacked into the voicemails of thousands of people, including dead British soldiers and a schoolgirl who was abducted and later found dead. They also face accusations that they bribed police officers for information.

Murdoch, his son James and Rebekah Brooks, the former News of the World editor who is now chief executive at News International — News Corp’s British newspaper arm — have been summoned to answer questions by a legislative parliamentary committee next week. As a US citizen, Murdoch need not attend.

News International has said it is cooperating with inquiries relaunched by police in January. It did not comment on Cameron’s decision to vote for the Labour motion on Wednesday.

News Corp already has accepted a referral to the competition watchdog, which means a delay of many months for a deal which critics say would give Murdoch too much power in Britain.

Others suggested the heavy political fallout meant that even a favourable outcome of that review would not necessarily clear the way for the takeover.

Earlier this month Murdoch seemed close to securing approval for his bid after winning provisional government blessing. That approval left the fate of the deal largely in the hands of independent officials, rather than politicians.

Political battles
Labour has sought to capitalise on Cameron’s friendship with Brooks (43) and his hiring of her successor as News of the World editor to be his spokesperson just months after a journalist at the paper was jailed for phone hacking in 2007.

Andy Coulson quit as spokesperson in January and was arrested on Friday on suspicion of conspiring to intercept communications and to corrupt officials.

Reacting to public anger over the crisis, Cameron has ordered a police investigation and a public inquiry. Under scrutiny are British press practices, and some observers say this could shed light on dubious procedures at other media.

Police have been criticised for failing to follow up inquiries into phone hacking by the News of the World after the paper’s royalty correspondent was jailed in 2007 for conspiring to listen in to the voicemails of court officials.

Serving and former senior officers faced questions from a parliamentary committee on Tuesday about allegations police sold information to journalists and may have been bribed or pressured to prevent inquiries. Several tried to turn the tables, accusing News International of withholding evidence.

Political leaders from both Labour and the Conservatives who took power last year have been criticised — notably by Cameron himself — for being so in thrall to press baron’s grip on the electorate that they failed to challenge media excesses. – Reuters