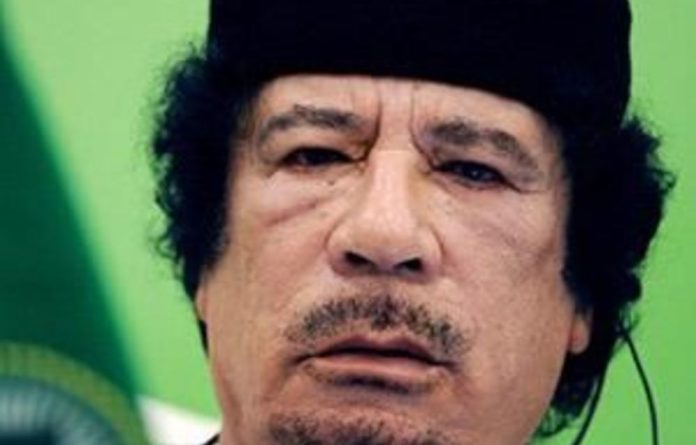 Western and regional powers on Friday boosted Libyan rebels battling Muammar Gaddafi by designating them as the country’s legitimate rulers, a move that gives them access to vital funds.

The fourth meeting of the Libya contact group in Istanbul saw a fresh call on Gaddafi to go after more than four decades in power.

With the colonel hanging on in Tripoli despite four months of Nato-led bombings, the rebels on Friday stepped up an offensive on the oil town of Brega, hoping to dislodge loyalist troops and win a strategic victory.

The contact group recognised the National Transitional Council (NTC), based in the rebel stronghold of Benghazi, as “the legitimate governing authority in Libya” until an interim government is formed, said a statement at the end of the talks.

Gaddafi “must leave power according to defined steps to be publicly announced”, the statement said, calling for “the formation of an interim government to ensure a smooth and peaceful transition of power”.

“Recognise the so-called National Transitional Council a million times: it means nothing to the Libyan people who will trample on your decisions,” he said in a message relayed to supporters in Zliten 150km east of Tripoli.

He said he could not imagine the day “the heroic Libyan people would be represented by a fistful of traitors who opened the doors of Benghazi to crusaders”.

US Secretary of State Hillary Clinton, her counterparts William Hague of Britain, Alain Juppe of France and Franco Frattini of Italy as well as Nato secretary-general Anders Fogh Rasmussen were among officials from some 40 countries and international organisations at the Istanbul talks.

“The United States is impressed by the progress the TNC has made in laying the groundwork for a successful transition … which reinforce our confidence that it is the appropriate interlocutor for us,” she told reporters.

‘Funds, funds and funds’
A number of countries have already unilaterally recognised the NTC.

The contact group’s recognition “means that we can now unfreeze certain Libyan state assets because it is the NTC that will henceforth exercise this responsibility”, Juppe told reporters.

An NTC official urged a mechanism that would allow it access to the assets, frozen under international sanctions targeting the regime.

“What we need most is funds, funds and funds … We need $3-billion,” Mahmoud Shammam said.

The contact group “encouraged” members to prop up the NTC by enabling it to export oil, unfreezing assets or using restricted funds as guarantee for financial assistance, the final statement said.

It urged countries which have frozen Libyan assets under UN sanctions “to open credit lines to the NTC corresponding to 10% to 20% of the frozen assets by accepting them as collateral”.

The statement also stressed “the leading role of the United Nations in facilitating dialogue” in Libya and urged “all actors to cooperate with the UN Special Envoy and coordinate with him their efforts”.

Counter-productive talks
Frattini said the UN envoy, Abdel Ilah al-Khatib, would be “the sole interlocutor” between the regime and the rebels.

“Mr al-Khatib is entitled to present a political package including the ceasefire, and to negotiate with Tripoli and Benghazi to form a government of national unity,” he said.

In an apparent rebuke to France, Frattini insisted that secret talks to end the conflict were “very counter-productive”.

Paris acknowledged this week it had had “contacts” with the regime concerning Gaddafi’s departure although it said no real negotiations had taken place.

Britain will deploy four extra strike aircraft to Libya to increase pressure on Tripoli in “response to the fact that Gaddafi continues to brutalise [his] people”, spokesperson Gavin Cook told AFP in Istanbul.

“We are putting four more Tornadoes in the theatre to do intelligence, surveillance, reconnaissance and they will also have a strike capability as well,” he said.

The contact group includes the countries participating in the Nato-led campaign targeting Gaddafi’s regime, as well as other regional players.

Turkey invited Russia and China to join the meeting, but both countries, critical of the Nato-led campaign, turned down the offer. — AFP