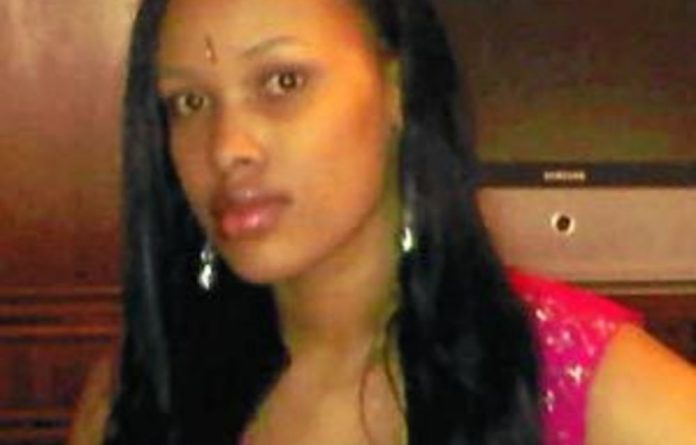 The 12th wife of Swaziland’s King Mswati III is pleading with the South African government to help her to escape house arrest in her royal residence, citing a litany of abuse at the hands of the royal household’s security detail.

Nothando Dube, who claims South African citizenship through her father, was restricted to her royal residence in July last year after a South African newspaper alleged that she had been caught in bed with former justice minister Ndumiso Mamba at Royal Villas Hotel outside Mbabane.

She told the Mail & Guardian that she has not seen or spoken to the king since and that none of the members of the royal family had confronted her about the allegations, which she denies.

Inkhosikati LaDube said the royal security guards told her she was not allowed to see or interact with her family and friends.

“My side of the story was not heard. Ever since that scandal happened, we haven’t been talking with this man that I married. Things have been bad and now they are worse. I really, really want out and I can’t, he is just not letting me go. It’s like I am in prison; I am under 24-hour surveillance,” she said.

“My friends and family have been banned from seeing me and I really feel like I don’t want to be here any more because I feel like I am in jail. This is not healthy and I can’t live like this forever and I see no point of sticking around.”

She claims she has endured abusive treatment at the hands of security guards.

The 23-year-old queen met the king at the birthday party of one of his children before she participated in the Miss Swaziland Teen beauty pageant. She dropped out of high school in grade 10 and became the king’s 12th wife shortly after the annual reed dance in 2004. She has three children with him. The youngest is 21 months old. LaDube said things had been good in the royal palace until she was kept a prisoner in her own house.

“The king brought me here at the tender age of 16 and not only promised to look after me but to also look out for me. I feel severely betrayed and let down. I feel he is totally disinterested in me, hence the imprisonment. I am being abused emotionally and I have suffered brutally. It seems the security calls the shots in this royal residence.

“Security is a nightmare. Instead of providing security, they tend to abuse me. If he doesn’t want me any more, he should just show me the door and let me go with my kids. I don’t see any future with him any more. I want to leave with my kids, but they won’t allow it because they are the king’s children. I take care of them, he doesn’t even know their grades or date of birth.”

LaDube said she had brought her six-year-old daughter to a Pretoria hospital last month to receive surgery for burn injuries and the security guards had refused to allow her to make contact with anyone.

“I had so much security with me because they have this mentality that I would run away because my father was South African. Because of their carelessness the residence is not well taken care of and my daughter got burned. They are frustrating my three children and me. I am a human being, I deserve to be treated humanly and not to be enslaved.”

LaDube grew up in Swaziland, but her late father was a South African and she visited him often at his home in Barberton.

Timothy Mthethwa, speaking for the royal family, denied that LaDube had been kept prisoner or that she had been mistreated by security guards.

“I don’t know that. If she has any problems, she must address them with the queen mother, who will then inform the king. She has a beautiful house where she lives with her three children, a maid that works for her and cars that take her anywhere she wants. I don’t know what you are talking about,” he said, and hung up the phone.

Two of Mswati’s wives, Delisa Magwaza and Putsoana Hwala, ran away from the palace and left the country about six years ago.