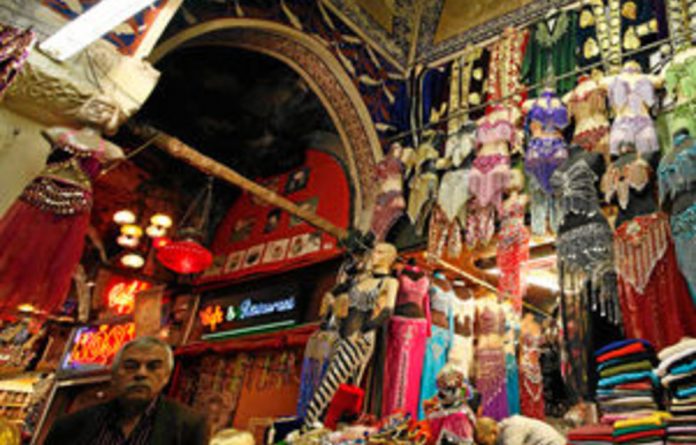 The Arab spring is fuelling a Turkish summer as Saudis, Kuwaitis and other tourists from the Gulf states who would previously have spent summers in Syria or Egypt look ­further north.

Figures from the Turkish ministry of culture and tourism show bookings from Saudi Arabia and Kuwait are up by 75% and, with the beginning of Ramadan just days away, hotels in Istanbul and the northwestern city of Bursa are fully booked.

Turkey’s new wave of Arab visitors in part attribute their presence in the country to the instability in their usual summer-holiday destinations.

“We come here now because there is so much trouble in other Arab countries,” said Muhammad al-Menhali from Abu Dhabi, who was in Turkey for the first time with his wife and baby son. “We usually go to Egypt, but we feel safer in Turkey.”

In the Grand Bazaar in the historical Sultanahmet district of Istanbul, shopkeepers said they had noticed a significant increase in Arab tourists in the past year.

Crossing the barriers
“I like Turkey so much. The country feels familiar, I don’t feel like a stranger,” said Housiya al-Hamadi, strolling with six members of her family past market stalls offering hand-painted porcelain, silk scarves and tourist knick-knacks. Her only complaint was that few Turks speak English or Arabic. “We often have to communicate with hands and feet,” she said, laughing.

About one million Arabs live in Turkey and their language skills are now highly sought after. With Turkey having long steered away from its Arab neighbours and its imperial Ottoman past, learning Arabic was considered backwards and necessary only for religious scholars. Now private language schools in Istanbul increasingly offer Arabic courses and shops advertise sales positions for Arabic-speakers.

Apart from Istanbul, Arab tourists prefer the lush Black Sea coast, with Uzungol and Trabzon topping the list. The sun-and-sea packages that draw British and German tourists to Antalya or Fethiye every year hold little attraction for tourists from the Middle East, according to Turkish travel agencies catering to Arab clients. “The Black Sea coast is green and not as hot in the summer as their home countries,” said Abdulkadir Duger, manager of Alharran Tours.

Simultaneously, western European countries have become less appealing. “After September 11, visa requirements became much stricter. Visas for the United Kingdom and other European countries are now very hard for us to get,” said Oussama Salaha, a Jordanian who now lives in Saudi Arabia. “Turkey is a Muslim country — we don’t need to worry about halal food; the culture is close to our own. Veiled women don’t face any issues in Turkey. Saudi tourists don’t go to France any more since the French government banned the face veil.”

Duger suggested that changes in Turkey’s foreign policy and its ­rapprochement with Arab countries had played a crucial role in its growing popularity with Arab tourists.

In the past few years the Turkish government has lifted visa requirements for Arab countries such as Syria, Qatar, Lebanon, Yemen and Jordan.

“Arabs are welcome guests in Turkey,” said Duger. “We will probably soon need more hotels to accommodate them all.” —