Murder and memory in Rwanda 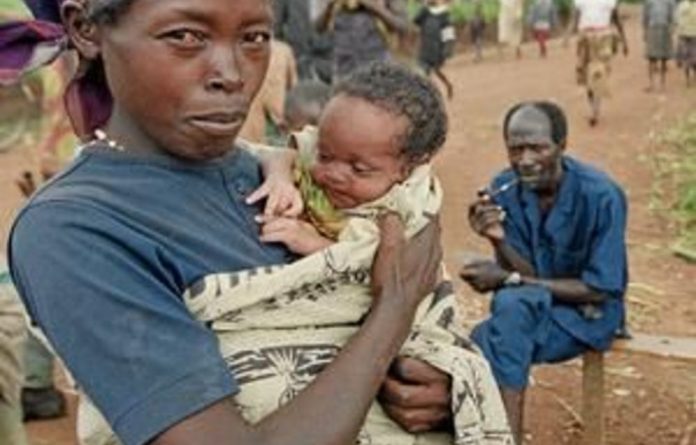 In June 1994 I was part of a BBC team that drove into the last territory of Rwanda still held by the Hutu-extremist government to hear what we could of their version of the story. We passed through about 14 Interahamwe roadblocks, some of them manned by children as young as 10 or 11.

We finally arrived in the city of Butare. The atmosphere was menacing, but we met the préfet, Sylvain Nsabimana, who had ordered the army to protect a few hundred Tutsi refugees in the grounds of his office. He was affable, open and welcoming. He was an extraordinary contrast to the horror and cruelty that we had witnessed elsewhere. Here was a Hutu official who had not succumbed to the virus of genocide.

For some days before our arrival, Nsabimana had been preparing to evacuate about 200 Tutsi orphans with the help of a Swiss aid agency. We set off the next morning with all the children who were being transported in huge container trucks. When they closed the doors, it was pitch black inside. I was recording sound with cameraman Glenn Middleton.

Both of us were on the trucks while Nsabimana raced ahead in his big black Mercedes to ensure safe passage. The darkness inside and the fear-filled confusion that surrounded us made it difficult to see and to understand exactly what was happening.

It was surreal. We knew the number of roadblocks that lay ahead, all manned by Hutu extremists who had taken some Tutsi children off the trucks of a previous convoy. Every time we stopped, the door would creak open, a single beam of light would shine across the children’s frightened faces and men with AK-47s, clubs and well-worn machetes would peer in silently.

We filmed what we could, but our view was limited and we were very careful not to do anything that might antagonise the men at the roadblocks. We weren’t sure exactly how much influence Nsabimana had. Finally, we got to the Burundian border and the children streamed across to safety. It was an uplifting sequence that was a blessed relief to the ongoing horror that filled Rwanda.

We returned to Butare to find the atmosphere even more hostile and threatening. When we went that night to film the refugees, we were told that Nsabimana had been removed as préfet and we were not allowed to film anything more. People began to shout angrily at us in the street.

We left for Burundi early the next morning. From what we had seen, Nsabimana was a hero, so we were horrified to discover later that he was accused of crimes against humanity. He was arrested in Kenya in 1997 and has been in jail ever since. He was finally sentenced in June this year to 25 years in prison. His trial, with others, took 14 years to resolve and generated more than 125 000 pages of transcripts. Nsabimana’s story is a highly complex narrative of moral complicity.

The trial
In his trial it emerged that he had been installed as préfet on April 19 1994 to replace the previous incumbent, who had been the only Tutsi préfet in the country and was actively obstructing the massacre of Tutsis in Butare. The killing began the day Nsabimana took power. When we arrived more than a month later, the genocide of the Tutsis was largely complete. In Butare the killing was brutally efficient. More than 220 000 Tutsis were killed in the province, the highest number anywhere in the country.

The court found him not guilty both of conspiracy to commit genocide and of actively and publicly inciting genocide. But he was found guilty of failing to discharge his legal duty to protect Tutsis taking refuge at his office.

The deeper truth was very different to what our restricted few days in Butare had allowed us to see. And yet, I can bear witness to the fact that he did save some Tutsis. I was there and I have the photographs to prove it. The moral complexity of Nsabimana’s actions and choices will reverberate into eternity.

Years later, just before the Christmas holidays in 2007, I got an email out of the blue that had come through the BBC email system. A man from France was emailing on behalf of his wife, whom I shall call Jeanne.

“My wife and her mother left the Karubanda school in Butare on June 18 with a convoy,” he wrote. “They were in a truck full of kids. They were lying in the trucks with pagnes [grass mats] covering them and the kids were hiding them. Two English-speaking journalists were in the same truck. They were both white males and one of them was quite young, maybe blond or ginger. They crossed the border with Burundi slightly above the Akanyaru river. At this point, a soldier asked everyone to come out of the truck and found my wife and her mother. He pointed his gun towards my wife’s mother. The reporters were filming the scene and the soldier’s chief thus told him not to shoot.”

I don’t have any recollection of that scene, but certainly Glenn and I were the reporters on the truck that day.

Later I got an email from Jeanne herself.

“I am really amazed of the fact that we are now in touch with the journalists who attended our transportation from Butare to Burundi. I never thought this would ever be possible — that road between Karubanda (the school where we were hiding) and the Akanyaru border was the longest trip of my life. And it is, I am sure, thanks to the presence of the cameramen that my mother was not shot that day. The soldier had already removed the ‘securité‘ on the kalachnikov [sic] when he was stopped because of the camera. I was 15 years old then.”

Today Jeanne lives in France with her husband. We have emailed each other a few times and colleagues of mine have had dinner with her in London. It hasn’t been a Hollywood moment. The memories are very painful for Jeanne and she is struggling to make sense of what happened nearly two decades ago.

Recently I sent her some pictures I had of the children on the trucks.

“Thank you very much,” she wrote. “At last I have tiny, faded, but real proof that this all happened. You can’t really see my mother and I in the pictures — but if you look carefully on picture number 56, you will see a shadow on the right, at the back of the truck. This is where we were lying/sitting. Yes indeed, this picture is of great help to me.”

One day I hope to meet Jeanne in person. What strikes me most is the courage she and her mother displayed and that of the young children who hid them. The terror inside that truck was greater than Glenn and I could imagine.

What emerges so powerfully from her emails is the fragility of their survival. How things might so easily have turned out differently had different choices been made, all the way up the chain of events, to those made by Nsabimana himself.

World has failed to learn from Rwanda’s genocide

Rwanda: 25 years after genocide, politics of demonisation as dangerous as ever