Oppikoppi: Musical gold in the dust 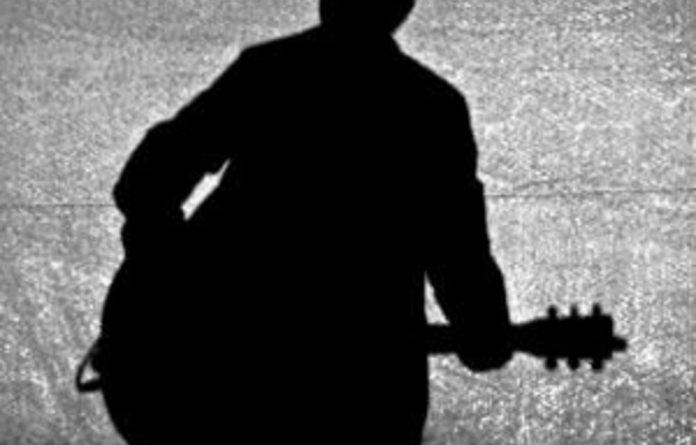 With Oppikoppi taking place this weekend, Lloyd Gedye and Chris Roper give you the lowdown on the key acts to catch.

David Kramer (featuring Jack Parow, Francois van Coke and more)
For many younger South Africans David Kramer will always be the guy wearing the red vellies in the Volksie bus advert. But Kramer’s musical legacy is something to be treasured. He is one of South Africa’s most recognised and successful songwriters and performers and also a multi-award-winning playwright, director and producer of musicals.

This year Oppikoppi will be paying tribute to Kramer with a show for which the man returns to Oppikoppi for only the second time — his previous appearance there was in 2001. Bassist Schalk Joubert, who directed last year’s tribute to Valiant Swart, directs the show. Joining Kramer on stage will be some young blood — Fokofpolisiekar frontman Francois van Coke and Jack Parrow — and established stars such as Karen Zoid and Michelle Shocked. The show will take place on the James Phillips Mane Stage on Sunday at 7pm.

Van der Want and Letcher
Two of the finest songwriters to emerge from South Africa, Matthew van der Want and Chris Letcher, are back together as a duo one more time and it is sure to be an Oppikoppi highlight. They will be on the Skellum stage at 4pm on Saturday and will be treating the audience to old classics such as Home, Special Agents and Saving the Scenes, which fans have not heard live for many years. Letcher now lives in London, where he is pursuing a career in film score recording.

Tidal Waves
South Africa’s premier reggae outfit will once again be returning to Oppikoppi and thank goodness for that, because the festival is never quite the same without them. They will be performing on the Skellum stage at 10pm on Sunday — the same time as Die Antwoord’s performance on the main stage. Expect a lively blend of reggae, dub, rock, mbaqanga and maskandi with strong political messages and some foot-tapping goodness. As one of their songs says, Lekker, Lekker Dans!

Sipho ‘Hotstix’ Mabuse
The legendary Sipho “Hotstix” Mabuse will celebrate his birthday at Oppikoppi and is sure to have the crowd jiving to hits such as Burn Out and Jive Soweto. As a member of the Beaters and later Harari, Mabuse was a pioneer of Soweto’s rock-soul scene in the late 1960s and early 1970s. When Harari broke up just as it was on the cusp of international stardom, Mabuse was devastated, he says. But he picked himself up to launch a successful solo career that has established him as one of the greats of South African music. He performs on the James Phillips Mane Stage at 7pm on Saturday.

Gary Herselman (former front-man of Die Kêrels)
Some of the funniest anecdotes to come out of the Voëlvry tour involved legendary South African musician Gary Herselman, also known as Piet Pers, who was the bass player for Johannes Kerkorrel’s Gereformeerde Blues Band and wore those tiny rugby shorts. Herselman was also the guitarist in Die Kêrels, a legendary band that used to perform at Jameson’s in downtown Johannesburg alongside James Phillips and the Cherry Faced Lurchers. He also founded South Africa’s first truly independent music distributor, Tic Tic Bang, in the 1990s before disappearing from the music scene. Who knows what to expect from him in 2011, but we would bet money on the fact that it will be interesting. Herselman will perform at the top bar at 3pm on Sunday.

Wrestlerish
If you’re into the more emotionally charged side of alternative country meets pop music, replete with beautiful melodies and harmonies drenched in passion, Wrestlerish will be the ideal accompaniment to some Bushveld introspection. The band has two CDs under its belt and lead singer Werner Olckers has perfected the art of making everyone in an audience feel as if they are the target of his voice. It is not precisely country and not exactly pop, but it is beautiful. Perfect stuff for watching day turn into night. James Phillips Mane Stage on Sunday at 3pm.

Mr Cat & the Jackal
Mr Cat & the Jackal play a strangely appealing hybrid of gypsy energy, instrumental oddity and vocal vim. If you like Gogol Bordello, without the punkish aspects, you will like this band. Oppikoppi can be relentlessly rocky at times — in terms of music rather than koppies — so it is refreshing to listen to something that will challenge your ears at the same time as turning you into a dancing village idiot. It is nomadic music gone mad and strangely apposite for a gathering of 14 000-plus campers from across South Africa. James Phillips Mane Stage at 3pm on Saturday.

Desmond and the Tutus
This is the band you’re going to want to listen to if you need your spirits lifted and your hangover dispelled. Hailing originally from Pretoria, the Tutus are much more than just a catchy monicker. They play intelligent, sparse rock ‘n roll in the tradition of Jonathan Richman and the Modern Lovers. Lead singer Shane Durrant combines the jerky allure of an Aladdin Sane glove puppet and the emotive delivery of a Michael Stipe. It is the kind of band you just know was born to be big in Japan. James Phillips Mane Stage at 11pm on Saturday.

Dan Patlansky
Possibly South Africa’s finest blues guitarist, Patlansky plays his instrument in the flamboyant tradition of Stevie Ray Vaughn and Jimi Hendrix. What he does to his Fender Stratocaster brings tears to the eyes of people listening, even — and this is important — sober people. Every year I overhear people who have heard him for the first time talk about how their musical horizons have been unexpectedly stretched. Energising, aggressive music with some startling moments of silence and subtlety. James Phillips Mane Stage at 5pm on Sunday.

Click here for more from Oppikoppi and the Bushveld Cinema festival

Lloyd Gedye
Lloyd Gedye is a freelance journalist and one of the founders of The Con.

Anthems of Democracy to celebrate 20 years of SA freedom