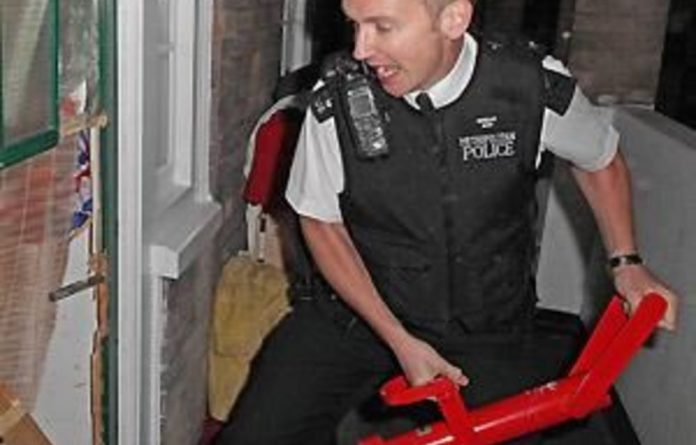 The United Kingdom’s Prime Minister David Cameron vowed on Thursday to hunt down the street gang members and opportunistic looters he blamed for Britain’s worst violence in decades, and acknowledged that police tactics had failed at the start of the rioting.

“The fight back has well and truly begun,” the Conservative leader, grappling with a defining crisis of his 15-month-old premiership, told an emergency session of Parliament.

“As to the lawless minority, the criminals who’ve taken what they can get, I say this: We will track you down, we will find you, we will charge you, we will punish you. You will pay for what you have done,” Cameron said.

Police have arrested more than 1 200 people across England, filling cells and forcing courts to work through the night to process hundreds of cases. Among those charged were a teaching assistant, a charity worker and an 11-year-old boy.

Community leaders say inequality, cuts to public services by the Conservative-Liberal Democrat coalition government and youth unemployment fed into the violence in London, Birmingham, Manchester and other multi-ethnic cities.

Cameron is under pressure from different quarters to ease his austerity plans, toughen policing and do more for inner-city communities, even as economic malaise grips a nation whose social and racial tensions exploded in four nights of mayhem.

But he denied deprivation or that planned government spending cuts, mostly not yet implemented, had caused the riots.

“This is not about poverty, it’s about culture. A culture that glorifies violence, shows disrespect to authority, and says everything about rights but nothing about responsibilities,” Cameron said.

Cameron pledges tough action to quell unrest
The initial police response was inadequate, Cameron told legislators who had been recalled from their summer break. “There were simply far too few police deployed on to the streets. And the tactics they were using weren’t working.”

“I hope that in the debates we have on the causes we don’t fall into a tiresome discussion about resources,” said Cameron.

“When you have deep moral failures you don’t hit them with a wall of money.”

Hugh Orde, president of the Association of Chief Police Officers, said this week a 20% cut in police funding until 2015, planned by the Conservative-Liberal Democrat coalition, would pose great challenges.

“I do sense without question resentment [among police officers] that they are now being portrayed … as corrupt, unprofessional and need sorting out,” he told Reuters.

Show of force
The British leader said he would maintain a higher police presence of 16 000 officers on London streets through the weekend and would consider calling in the army for secondary roles in future unrest to free up frontline police.

The prime minister promised to compensate people whose property was damaged by rioters, even if they were uninsured. The riots will cost insurers more than £200-million, the Association of British Insurers estimated.

Cameron, who has already authorised police to use baton rounds and water cannon where necessary, said he would explore curbs on the use of social media tools if these were being used to plot “violence, disorder and criminality”.

Many Britons were appalled at the scenes on their streets, from the televised mugging of an injured Malaysian teenager to a Polish woman photographed leaping from a burning building, as well as the looting of anything from baby clothes to TV sets.

Scrambling to maintain the moral high ground
But occupying the moral high ground is tricky in a country where some lawmakers and policemen have been embroiled in expenses and bribery scandals, and top bankers take huge bonuses even as the taxpayer bails out financial institutions.

The unrest flared first in north London after police shot dead Mark Duggan, a young black man whom police have not been able to prove posed a deadly threat — which would have justified their response, at least in terms of their own code of conduct. That disturbance then mutated into widespread looting and violence.

British leaders are concerned the rioting could damage confidence in the economy and in London, one of the world’s biggest financial centres and venue for next year’s Olympics.

The prime minister said criminal street gangs were at the heart of the violence. “Territorial, hierarchical and incredibly violent, they are mostly composed of young boys, mainly from dysfunctional homes,” he added.

A surge in police numbers helped calm streets on Wednesday night, but the previous episodes of often unchecked disorder have embarrassed the authorities and exhausted emergency services.

Apart from Cameron’s view of the rioters as thrill-seeking thugs who are indicative of a breakdown in Britain’s social fabric and morals, others point to chronic tensions between police and youth, a dearth of opportunities for children from disadvantaged areas and visible inequalities where the wealthy often live in elegant houses just yards away from rundown city estates.

Social strains have grown in Britain for some time, with the economy struggling to clamber out of an 18-month recession, one in five young people out of work and high inflation squeezing incomes and hitting the poor hardest.

Accusations of hypocrisy
The crisis has also exposed Britain to opportunistic attack or ridicule from countries stung by frequent Western criticism of their human rights records and who now scent hypocrisy.

Iran’s hardline Kayhan newspaper likened the British riots to Arab protests against autocrats, saying the “tumult against illegitimate rule … has found its way to the heart of Europe”.