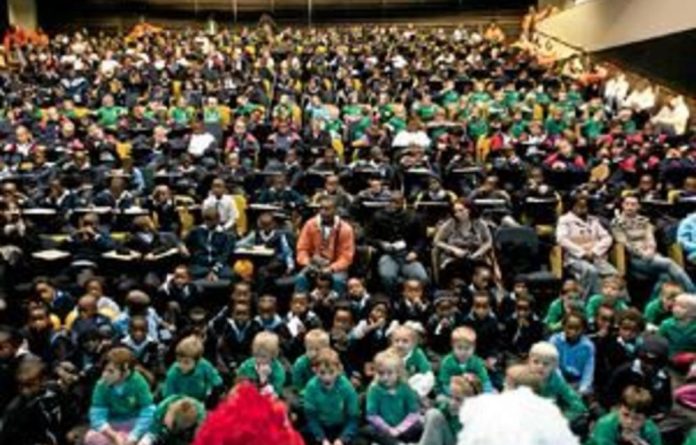 Meet Carbon and Oxygen. These newly created puppets are on a quest
to make chemistry fun and interesting for young learners.

Their creator, Rudi Horak, the manager of the Sci-Enza science facility at the University of Pretoria, produced the puppets to help simplify chemistry for learners from grades two to four. Horak, who is a qualified teacher, said she always wanted to stage a puppet show to highlight it as an effective classroom teaching tool.

The show is part of a series of educational events hosted by the
Sci-Bono Discovery Centre to celebrate 2011 as the International Year of Chemistry.

The events aim to highlight the importance of chemistry to humankind, because “everything in the ­living and technological world is made up of chemical elements and compounds and is controlled by chemical reactions”.

Horak said puppets make it simple to teach complex chemistry in an entertaining, stimulating and interactive way. In the show the two characters, Carbon and Oxygen, take learners on a journey to get a better understanding of atoms, molecules and other related chemistry terms.

Sibo mixes things up
Horak’s initiative is linked to author Ginny Stone’s latest Sibo series, Sibo Mixes Things Up. Stone uses the series to teach young children about the importance of looking after the environment and it has become such a valuable teaching resource that the department of basic education has added it to the national book catalogue for grade three.

In the series Stone tackles green issues by promoting practices such as recycling, reducing and reusing among young children. “I think it is important to start learning that saving the planet is a responsibility that involves everyone, including the young ones,” said Stone.

Stone thought that puppetry is a suitable teaching instrument, praising its immediacy as one of its strengths. Referring to her series of books, she said: “The book, like those published earlier, is rich in pictures, uses rhymes and can be read in four lines of verses, which makes it easy for children to read.”

Stone said the book lightens and gets across some of the more serious and complex issues in a less threatening way. This enables children to engage with the subject more easily — they listen and take what the characters say seriously.

Horak has been hosting shows for schools at the Sci-Enza science facility, where three shows a day are seen by about 150 learners a show. The puppets are part of the National Science Week and Sasol Techno X Expo in August.

BASF, a chemical company, has sponsored the printing of 3 000 copies of Sibo Mixes Things Up and has also bought a mobile theatre. The books will be distributed free of charge to schools, said Horak.