MDC gets on the gravy train 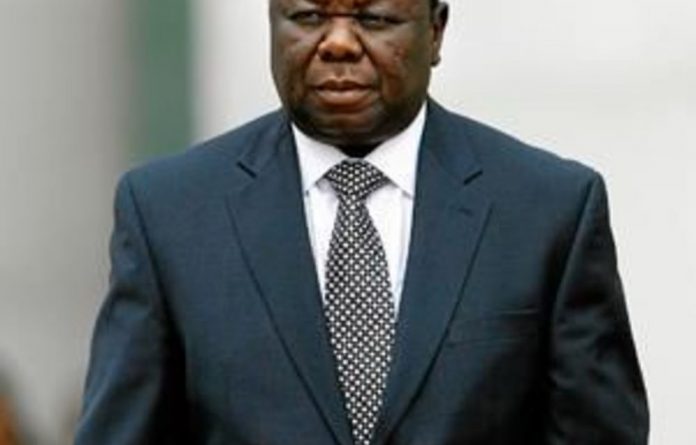 Controversy over state funding for Zimbabwean Prime Minister Morgan Tsvangirai’s mansion has added to growing questions among opposition activists about whether their leaders are growing too comfortable in power.

Police are investigating whether Tsvangirai received state payments from two different departments for his new Harare mansion and whether a close relative embezzled some of these funds.

Tsvangirai denies any wrongdoing and his supporters see it as part of a campaign to discredit him. But the case has drawn attention to frustration among some of his supporters, who criticise their party leaders for allowing themselves to be plied with state privileges.

According to officials of the Movement for Democratic Change (MDC), Tsvangirai secured the property from a wealthy associate, said to be a major funder of his party, although it would be paid for by the government.

Police are now investigating whether Tsvangirai accepted two payments of $1.5-million each from both the Reserve Bank of Zimbabwe and the treasury for the same property. It is alleged that the bank payment may have been embezzled by Hebson Makuvise, a cousin of Tsvangirai and Zimbabwe’s ambassador to Germany.

Tsvangirai’s office has dismissed the claim and refused to discuss it further.

Continuing probes
The double-storey mansion, built against a hill and protected by high walls, is located in one of Harare’s wealthiest suburbs, Highlands. It is now being renovated and several new wings are being added. Tsvangirai’s officials say he needs the larger property to be able to perform his duties as premier.

The Tsvangirai investigation is one of several continuing probes by police against senior members of the MDC.

Finance Minister Tendai Biti faces a police investigation into whether he signed off on unauthorised foreign trips for members of staff, including a woman whom state media claim was his mistress. Five officials in Biti’s office were arrested recently on allegations of fraud related to the case.

Biti is appealing to the Supreme Court of Zimbabwe against a high-court order allowing police access to his cellphone records, which they say hold evidence of improper use of state funds.

Ironically, Biti has criticised the government’s high spending on foreign trips. “Foreign travel remains high compared to other items such as education, health, water and sanitation,” Biti said when he presented a budget review statement earlier this month.

“We have spent more than $30-million on foreign travel and I have made an appeal to the leadership of government to deal viciously and boldly with this disease called foreign travel.”

Mugabe blew the biggest amount on travel by spending $20-million, which is well above his annual travel budget of $15-million. Most of his trips were to the Far East, where he has been receiving medical attention.

Although Tsvangirai has spent much less than Mugabe, his office spent the biggest proportion of its budget — 42% — on foreign travel.

Amid this controversy, the Mail & Guardian has also learnt that ministers have authorised the purchase of more than 100 new SUVs for themselves and other senior officials.

About 130 vehicles have been acquired through the central mechanical engineering department, which procures vehicles for the state.

They comprise 40 “limited edition” 2011 Jeep Grand Cherokees, each bought at close to $35 000, which will be given to Cabinet ministers. Their deputies will get 40 Land Cruiser SUVs with V8 engines, and 50 Toyota Prados were imported for permanent secretaries.

The car purchases have been criticised by unions representing government workers, but government officials’ reactions to these car acquisitions suggest just how many politicians want to profit from office: MPs on both sides have responded by demanding their own consignment of SUVs.

Kudakwashe Bhasikiti, who chairs the MPs’ welfare committee, said they wanted new vehicles because their existing cars had been “damaged” in extensive travel during the government’s constitutional outreach programme.