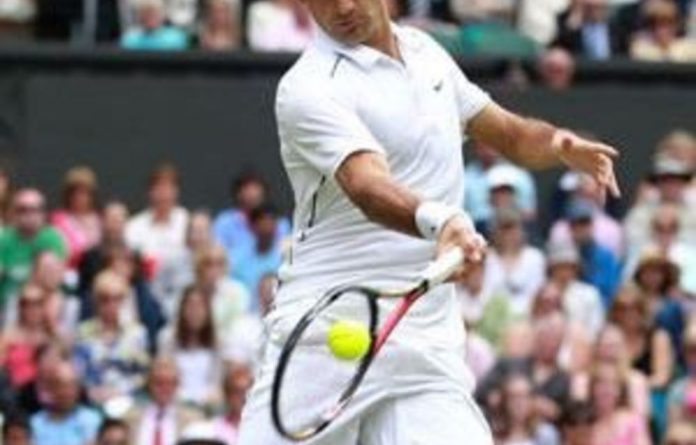 Del Potro had upset Federer in the 2009 US Open final before injuries set back his career but the Swiss looked at is comfortable best in the first set.

It was a much closer encounter in the second set which was played to serve until the Swiss broke to go 6-5 up.

Federer had missed out on six break points prior to winning that game. He then held serve to go through to face American James Blake.

“I expected a tough match with Juan Martin for obvious reasons, and it went better than I thought,” said a relaxed Federer. “I thought I played a wonderful first set and a very good second set, too. That was obviously enough tonight.”

‘Not easy’
“I don’t think I really allowed Juan Martin to be able to play the game he usually plays,” added Federer.

“It’s quick conditions, so you’re never going to maybe find the rhythm like you would on a slower court.

“But I was able to mix it up well. I served well, and did all the right things tonight.”

Del Potro’s chances of repeating his success of 2009 in New York this year look slim but he was pleased that his many physical problems, including a bad wrist injury, seem to be behind him.

“I’m much better than I expected to be at this stage. I don’t have any pain, no dangerous pain. My wrist is OK and I can play on every surface,” said the Argentine.

“It is not easy for me but I’m close to what is my favourite tournament and I will be ready for a fight in New York.”

Tsonga had suffered an arm injury that caused him to withdraw during his semifinal against Serbia’s Novak Djokovic at the Montreal Masters last week but he looked to be striking the ball without any hindrance on Tuesday.

“I didn’t play the last two days because of my arm, and this morning at the warmup I was feeling really good. It was a really fluid match. Everything was easy for me today, including my serve,” Tsonga said.

Berdych, the eighth seed, breezed through his second round match against Argentine Juan Monaco in straight sets 7-6 6-0, winning 83% of first serve points.

Compatriot Stepanek, who had to qualify, came out on top against big-serving American John Isner 7-5 5-7 7-6 in a tough first-round encounter lasting two hours and 46 minutes.

Stepanek triumphed, despite 21 aces from Isner, and the Czech saved three break points in the final set. — Reuters