A home for lost love 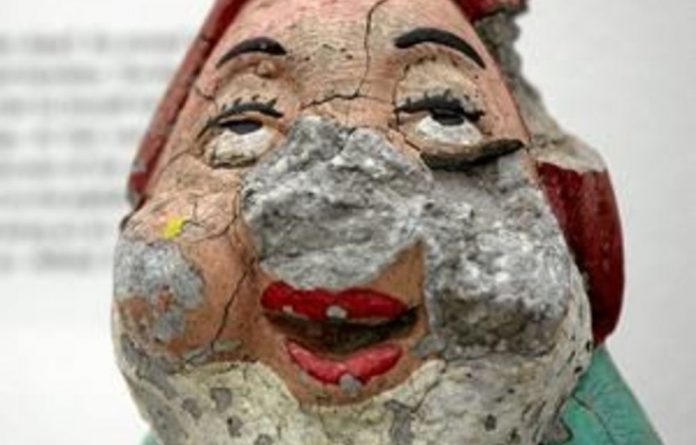 There are, no doubt, people who marry the first person who takes their fancy and spend the rest of their lives in unalloyed happiness.

For them, Zagreb’s newest museum will be baffling. But everybody else, which is to say almost everybody else, will know the feeling to which the Museum of Broken Relationships is dedicated. It is that miasma of guilt, nostalgia, anger and affection that comes of contemplating certain of our possessions.

They are often of little, if any, intrinsic worth, but they hold or held value because of who gave them to us. Whether we keep them, bin them or burn them in pentangles while chanting incantations and spritzing them with holy water, they will always mean something.

The exhibits in the Museum of Broken Relationships are as random and varied as the reasons people get together, and break up. Each item is presented with a summary of the dates and locations of the relationship, and annotations by their donors.

Gleefully vindictive
Some are funny. The caption on a suspender belt, purchased in Sarajevo in 2003, reflects: “I never put them on. The relationship might have lasted longer if I had.” Another, on a tin sold as “Love Incense”, merely reads, “Doesn’t work.”

Some are gleefully vindictive. The label by a blue Frisbee reads: “Darling, should you ever get the ridiculous idea to walk into a cultural institution like a museum for the first time in your life, you’ll remember me.” One or two are quietly devastating: a small electronic dog tag, still flashing like a heart monitor, which was given to a man who left, by the woman who loved him, shortly before she killed herself.

The museum is the work of designer and artist Drazen Grubisic and film producer Olinka Vistica.

One of the first exhibits is a small white wind-up rabbit — a relic of Grubisic and Vistica’s own relationship, which foundered six years ago. The idea for the museum came, they tell me, from their discussions about splitting their possessions.

“It’s easy to decide about stereos and televisions,” says Grubisic. “But what about these tokens?”

“And the memories they represent,” says Vistica, “how do you protect them from oblivion?”

This question turned into an installation in a Zagreb biennale in 2006, then a travelling show that visited several countries, acquiring more objects, and more stories. The museum moved into this permanent home, in Gornji Grad — Zagreb’s upper town, where most of what’s worth seeing in the city is situated — last October.

The location is at once convenient and appropriate: though it’s only a short walk from here to the open-air market of Dolac and the café district of Tkalciceva Street, this part of Zagreb has a mournful, somewhat desolate air at this time of year. The cobbled streets between the handsome buildings are empty in the winter fog; the square around the 14th-century St Mark’s church, a building best described as Legoland Gothic, is all but deserted.

On sale in the gift shop are T-shirts by young Croatian designers — they’re heavy on teardrop motifs. The biggest-selling item, the receptionist says, is a white rubber with the words “bad memories eraser”.

The museum manages to come across as neither a playground for self-pity nor an advocacy centre for mindlessly positive uplift. A modest manifesto on one wall suggests that it represents, rather, “a chance to overcome an emotional collapse through creation, by contributing to the museum’s collection”.

It is an exercise in schadenfreude and solidarity.

There’s always someone worse off, like the woman who was presented with a candy G-string (“After four years, he turned out to be as cheap and shabby as his presents”). And there are those clearly once beside themselves with anger or jealousy, who have bequeathed the axe with which they smashed the furniture, the wing mirror they wrenched off the car, the gnome injured after being hurled at a windscreen.

The museum’s founders have plans to expand their remit to include artistic and cultural performances, to revive this part of Zagreb, and by way of acknowledgement that no other subject has inspired more literature, more music.

Grubisic and Vistica have stopped formally soliciting donations, but they receive them more or less constantly anyway: most recent was a collection of half-century-old postcards, sent by an elderly woman in Yerevan, Armenia.

“Older people tend to take it more seriously,” says Grubisic. “They are often really moved. Kids haven’t had the experience. It’s funny when couples come in. Some are laughing, but some … some are really thinking.” —