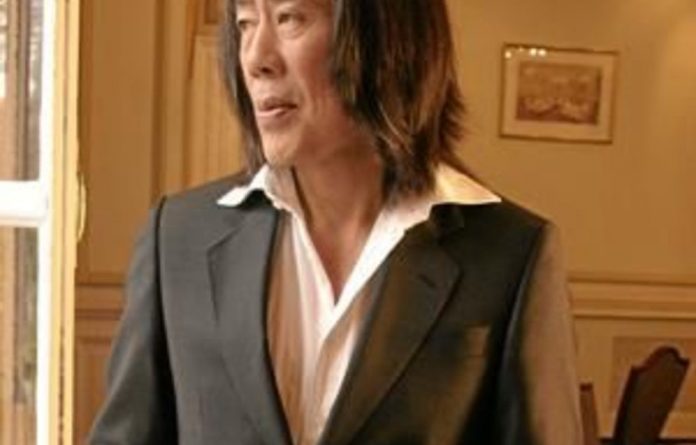 It’s rather ironic that, on the queen’s honours list for 2010, Stephen Chan — so much of whose work has been in the British Empire’s former colonies in Southern Africa — was awarded the Order of the British Empire.

Chan acknowledges the irony, and says there was much debate, at home and at work, about his accepting it. Then he laughs and says that, in the end, he and his wife “just decided to go for it and have an interesting day out”.

Certainly the OBE brought (more) kudos to the School of African and Oriental Studies at the University of London, where Chan has been professor of international relations since 2002. His new book, Old Treacheries, New Deceits: Insights into Southern African Politics (Jonathan Ball), is his 28th or 29th; it draws not only on his deep scholarship but also on much personal experience over the past 30 years in countries such as Zimbabwe, Zambia, Eritrea, Ethiopia and Uganda. He has monitored elections, trained diplomats, and talked to countless people all over Africa and the world, from peasants to ­presidents.

He has also, incidentally, taught martial arts to many youths in townships in Zimbabwe and Zambia. He is soon to compete in the European Masters karate championships in Venice, he tells me — in the upper age group, that is. For he is 62.

“That sort of thing keeps me sane. When I can’t stand politics any more I just take myself off to a township and beat the shit out of someone,” he says, laughing.

A quiet disguise
If it’s hard to imagine this soft-spoken, dapper (he wears cufflinks, for heaven’s sake) gentleman with the poise and gait of a dancer doing anything so aggressive, he adds that a martial streak runs in the family: “My grandmother was a sword-fighter during the warlord era in China in the early 20th century.”

Unlike someone from the era of warlords, however, Chan does his karate teaching through a foundation he set up to promote martial-arts instruction in township schools. When he and I spoke, he was soon to go north, where “I’ll be doing some sparring with the young Zimbabwean and Zambian karate champions. They promise to be gentle with an old man.”

Chan’s parents were refugees from China; he was born in New Zealand. His first lectureship, in 1983, was at the University of Zambia. Among his many books are The End of Certainty: Towards a New Internationalism and Grasping Africa: A Tale of Tragedy and Achievement, plus a biography of Robert Mugabe and a collection of interviews with Morgan Tsvangirai of the Zimbabwe opposition, the Movement for Democratic Change (MDC), not to mention poetry. Chan also co-edited a volume with the delightful title Zen and the Art of International ­Relations.

Taking everything into account
Old Treacheries, New Deceits is in part a diplomatic history of South Africa in a regional (and international) context, but it’s one with a keen awareness of all the other variables at play, from basic economics to the personality quirks of leading figures. It’s an enormously readable account of the intertwined fortunes of South Africa and, particularly, Zimbabwe. Chan’s account of that country’s insider politics is riveting, and an eye-opener for those like me who see Zimbabwe very much from the ­outside.

“My purpose in this book,” says Chan, “is to look at the internal machinations of the ANC and try to tie them to the machinations of other parties and other governments in the region.

“I’ve always been slightly appalled that in South Africa there’s so little interest in the affairs of your neighbours, and only lip service to Africa as a whole. South Africa wants to be seen as representing the continent, but its understanding of the rest of the continent is no greater than during the apartheid days. That’s to your jeopardy in the future.”

We’re fairly obsessed with Zimbabwe, I say.
“Yes,” says Chan drily, “but to no great effect.”

He speaks about South Africa’s engagement with Zimbabwe’s Zanu-PF government, through Thabo Mbeki’s years of “quiet diplomacy” to the deal that finally put a coalition government in power. That, it turned out, was no real solution.

In fairness, says Chan, the Zimb-abwe situation was pretty intractable. “I’m not sure anyone would have done any better. Even Kofi Anan would have failed, probably.

“One of the great mysteries is why Mbeki didn’t use a bit of muscle at key points in the negotiations. On two occasions, Mugabe was on the brink of resigning. One was after the 2000 referendum, the other was after the 2008 elections, when it became quite clear what the results would be. It really took a lot of pushing and shoving by the hardliners to make him hang in there.

“At that stage, Mbeki should have put the boot in. He did send a word to the securocrats and the generals — ‘Don’t even think about staging a coup.'”

Missed opportunity
But, says Chan, there was no other word from Mbeki during the five-hour Zanu-PF politburo meeting at which Mugabe was persuaded by the hawks to stay on as president. “Within the first two hours [of that meeting], the doves could have taken it. There was already an immunity deal on the table for Mugabe. Mbeki could have pushed it, but he drew back. He could have been hailed as a great hero of democracy.”

Chan ponders the possible reasons for Mbeki’s silence, among them “the complex chemistry of an intellectual nature between him and Mugabe”. Also, he notes: “Mbeki and his team had grave misgivings about the capacity of the MDC. But that’s no excuse not to go with a democratic election.”

Contemplating South Africa in turn, Chan asks rhetorically: “Is there a single politician in South Africa with clean hands?” And, further, on the subject of fresh leadership: “Who are your intellectual, well-put-together, politically coherent political movers?

“Look at those jostling for position. Notwithstanding the very good qualities of some of the wannabes, no one seems to have grasped how to take the country forward into the future. There seems to be a huge lack of gravity in central government. If Jacob Zuma is a one-term president, he’ll be remembered for holding the ANC together — but that’s like putting your finger in the dyke, rather than repairing the dyke. It’s a very limited legacy.”

The ANC’s power politics, he says, confuse matters. “It’s as though the whole debate about who will be the president has overwhelmed the consideration of how the president is to govern in a modern, progressive, equity-minded way.”

I point out to him that, as a small symbol of how things are often done in this country, the economic-development ministry’s “new growth path”, with its wildly ambitious job targets, was announced before the National Planning Commission’s diagnostic overview of the problems faced by South Africa was published.

Jumping the gun
“That’s something I’ve noticed about the debate in South Africa,” Chan responds. “It’s like the kind of thing you chastise undergraduates for — ‘You came to the conclusion before you did the research.'”

He doesn’t see much forward movement for South Africa as it stands. “There’s nothing that can be done for this country at this moment in time, with its present economic policies. There’s nothing coherent to take you strategically into the future. You’re very vulnerable right now. You might’ve weathered the worst of the storm [of the global recession] so far, but wait for a couple more currency meltdowns in the North Atlantic countries —
“And,” he throws out with a slight smile, “you don’t know how to negotiate with the Chinese.”