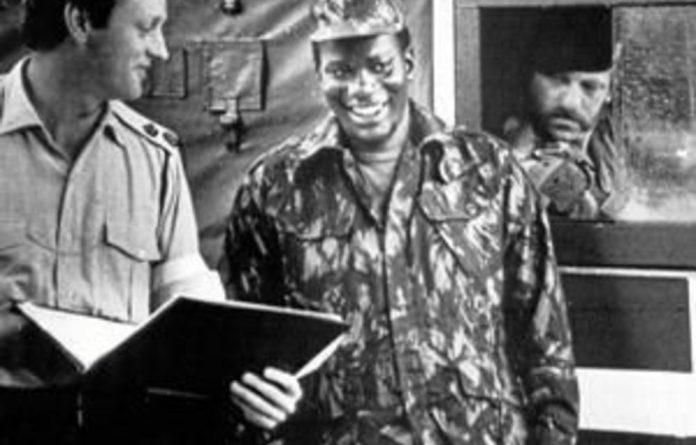 Tens of thousands of Zimbabweans flocked to a funeral for one of the nation’s main power brokers, whose sudden death in a house fire has intensified political maneuvering within the fractured ruling party — and has sparked speculation that his death was not an accident.

Mourners thronged a shrine in western Harare on Saturday and swarmed over adjoining hillsides for the burial of General Solomon Mujuru, a retired military chief who gave vital political support to his wife, the vice-president.

His power base was seen as the foundation of her political fortunes; his death raises questions about her ongoing battle for supremacy in longtime President Robert Mugabe’s party.

Mugabe delivered a detailed 90-minute address on the country’s war for independence at the event, which symbolised Mujuru’s influence and popularity by being the biggest state funeral since Zimbabwe’s 1980 independence.

For the first time at a funeral at the Heroes Acre cemetery, air force jets performed a flyover and artillery fired a 17-gun salute.

Mujuru died on Tuesday in a house fire at one of his farm homes. Mugabe described his death as an “inexplicable, horrendous fire accident”.

“No one could believe how such a battle-hardened soldier could die so ingloriously,” he said.

Police and forensic experts are investigating the fire’s cause, amid widespread speculation that it may have been arson.

Workers at Mujuru’s farm and witnesses who visited the scene of the fire said the general’s body was burned beyond recognition, reduced to ashes. The farmhouse had large windows, brick walls and fire-resistant roofing unlikely to cause a fire of such intensity, witnesses said.

First reports blamed an electrical fault that followed a power failure, a common occurrence in the economically troubled nation. But workers later said the house was usually hooked up to a direct power supply given to security chiefs and politicians and that a standby generator wasn’t working during the power failure.

Family members and supporters of Vice-President Joice Mujuru have claimed the general may have been targeted in a power struggle by rivals.

Deep divisions
Mugabe (87) has acknowledged deep divisions in his party over who should succeed him and has favoured Joice Mujuru over powerful Defence Minister Emmerson Mnangagwa.

Mujuru commanded the guerrilla army that swept Mugabe to power, and headed Zimbabwe’s military for more than a decade after independence. His carved headstone — seen at the burial site on Saturday — says he was 66, older than biographers have previously said he was.

Mujuru retired from the military and acquired an empire of farms, properties, mines and other interests that made him one of wealthiest and most influential figures in the top echelons of Mugabe’s party and its policymaking politburo.

Mugabe said the outpouring of grief across the nation brought together all political groups and ordinary citizens.

“We are here as one. No embarrassing each other, we are here to honour our hero,” Mugabe said.

Mugabe also praised Mujuru for leading guerrillas who mounted the first attack on a white farmer in northeastern Zimbabwe in 1972, the beginning of the seven-year bush war that led to independence.

The bullets Mujuru fired that day “marked a new shift” in the war that freed his countrymen, Mugabe said. – Sapa-AP