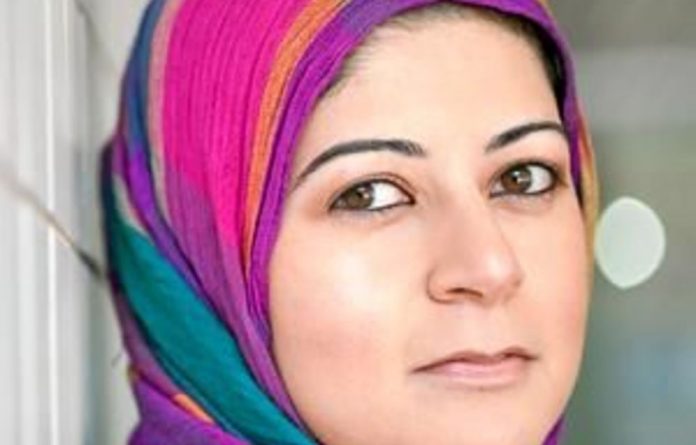 The newborn moon has been sighted. The TVs are switched off and the commercial radio stations are replaced by one of the Islamic channels. Women drape themselves in cloaks and headscarves in a display of modesty and humility. And the mosques are overflowing with people.

It is the holy month of Ramadan and Muslims around the world have almost completed the physical and mental abstinence known as fasting.

I have been honouring this daily abstinence since I was a 12-year-old. It is not just about food, mind you. For 30 days, we try our best to refrain from evil actions, thoughts and words. For me, and about a billion other Muslims, it is an incredible test of one’s willpower.

My dad has to give up his smoking habit during the day. My mum sacrifices the joys of a cup of tea. For my sister, it is her soft spot for bread, and my brother must relinquish his Coca-Cola addiction. What do I give up? The little bursts of joy that come with consuming a piece of chocolate. I have even refrained from road rage. Instead of yelling at the crazy taxi driver who has cut in front of me, I now breathe in and use a friendlier approach. This month, I smile and say: “God give me strength and please let me arrive at my destination in one piece.”

For me, it is a way to better myself as a Muslim and as a human being. The air feels lighter and I feel happier in my heart. I feel particularly blessed to be a citizen of South Africa, a secular country that is both accepting and supportive of my spiritual beliefs and encourages Muslims to live their truth without the fear of being persecuted or mocked. I especially appreciate the feeling of belonging to a community, based in Pretoria, that fasts and prays in unity.

But I am no small-town girl. I spent three years in the buzzing metropolis of London. Granted, it was harder there to keep my fast, given the distance from family, community and tradition. I witnessed first-hand how easy it is to be influenced by a culture that is not your own. But as much as society defines you, I realised it was up to me to prioritise my faith and keep my fasts. Most of my friends were not Muslim and I had to fight the temptation to party with them in London’s happening nightlife during the holy month. It helped to remember what I did back home to keep me on track.

I particularly love the little quirky things that come with Ramadan here in South Africa. It is possibly the only time that you will get that recipe you have been longing for from your neighbour. Indian women are territorial about their recipes, but during Ramadan it is all about giving. Besides, it is difficult to come up with an exciting menu when you have to plan evening feasts for a whole month.

An obsession
Social media has quickly seeped into Ramadan, with groups being formed either on Facebook or BlackBerry Messenger that are solely devoted to food and iftar, the fast-breaking evening meal after sunset. It seems a bit wrong that all we can think about during the fast is food, but the lack of it during the day seems to make it a borderline obsession. Even my mum, who is not big on technology, has been texting her sisters and friends about her daily food preparations and the amazing cheesecake recipe she just discovered that has an Indian twist to it. And, it seems, there is always an “Indian twist” to everything, which basically means they have added spices when none were really needed.

As Muslims, we are taught to follow the lifestyle of our Prophet Muhammad (peace be upon him). He led a life of simplicity and we are meant to follow his example as best we can. It is therefore encouraged that the fast should be broken with dates and water; in general, a light meal is recommended to follow. But, really, that is not how it goes down.

Based on Muslim Indian culture, dates are followed by succulent traditional food: samoosas, pies, kebabs and other savouries, including haleem — wheat and lentil stew with chunks of meat in it. Then comes a delicious main course that varies with foods like aromatic butter chicken and rotis, or spicy steak with roasted veggies. To drink, a rose-syrup milkshake and, of course, a sip of Coke after a long day’s fast. Then there is dessert. My favourites are homemade custard and jelly and a creamy pineapple treat that my dad says is so rich and sweet it would put diabetics into a coma.

There are usually quite a bit of leftovers and this inevitably means I bring treats for my work colleagues the next day. (You can imagine how popular I am this month.) Because Muslims should ideally be living simply and following the example of the Prophet (peace be upon him), these preparations would be considered extravagant. But the feasts have now become part of the culture of the modern Ramadan.

I often get asked whether I lose weight during the holy month. My only response is that I am sure that if I followed the recommended diet and ate a light meal at iftar, I would lose a few extra kilograms. But I find it very hard to resist the delicious food and special sweets that are prepared.

Thankfully, the party at iftar is balanced by the light meal consumed at sehri, the early morning meal before sunrise. I get particularly grouchy from having to wake up so early because food is not nearly as tantalising as sleep at that hour. But it was during this Ramadan that I learned the importance of sehri. One day I overslept, and as a result I found the fast very difficult that day. I kept hovering around my work colleagues trying to smell their lunch. It was a lesson learnt the hard way.

But, honestly? It is dressing during the holy month that is, perhaps, one of my favourite parts of it all. Being an absolute fashionista — I will not mention how many pairs of shoes I have because it really is sinful — I particularly love wearing my headscarves during Ramadan. I have worn a different colour headscarf every day this month, always to match my outfit. This is a contentious topic in the Muslim community because some complain of the silliness of women who choose to wear their hijab only during Ramadan and not year-round, as we are meant to do. I am one of the “guilty”, but I suppose I see it as a stepping stone. I hope one day to wear my hijab full-time but for now I wear it as a sign of respect for the holy month.

Prayer, fasting and charity
Despite that I have to say it is not about food and fashion at all.

Ramadan is also about prayer and complete subordination to our divine Lord. Along with our five daily prayers, this holy month prescribes added prayers. Tarawih is one such special prayer; it is performed after the evening prayer and, over the 30 days of the holy month, one chapter of the Qur’an is recited by a young Hafiz, someone who has memorised the Qur’an. This prayer is particularly special because it allows young Hafiz to practice their knowledge by leading the congregation in prayer.

The atmosphere in mosque is mesmerising on these 30 nights. There is silence all around as everyone listens to the Qur’an being recited and they all move in sync with the prayer ­rituals. The women are dressed mainly in black cloaks, with their hair covered, whereas the men are all wearing their hats. Rich or poor, we are all the same in prayer.

I personally choose to pray at home but I do occasionally go to the mosque on the holier nights, which are the last 10 of the holy month, and particularly the night of Laylatul-Qadr, the night of power. This was the night when the Qur’an was revealed in its entirety to the Prophet (peace be upon him) and it is therefore the most special night; many Muslims spend this entire night in prayer.

For me, Ramadan is not a sacrifice. It is a month of love, devotion, faith and, particularly, gratitude for all that we have been given — and these are the ingredients for a content heart and uplifted spirit.

Rumi, the Muslim poet, put it beautifully when he wrote: “When you do things from your soul, you feel a river moving in you, a joy.” And all the good food and my cute headscarves just make it that much more fun.