Libya: How SA stood firm on money for rebels 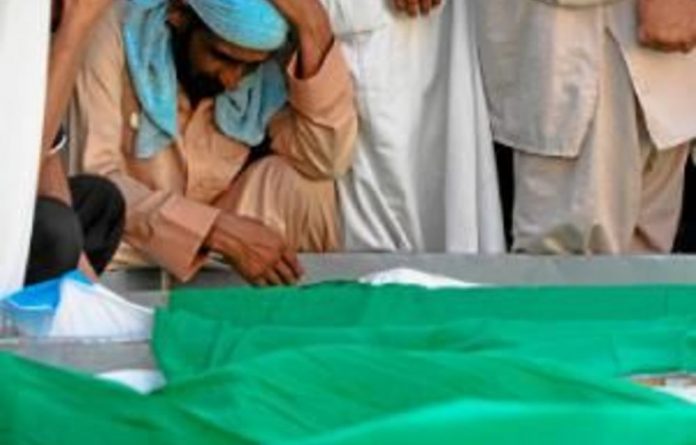 The South African government has defended its refusal to back a United Nations proposal to release $1.5-billion of Libyan assets and to recognise the country’s rebel authority, despite growing criticism at home and around the world.

The United States proposed a draft resolution to the United Nations Security Council on Wednesday that Libyan assets — frozen by the UN to starve Muammar Gaddafi of resources – be released for the benefit of the rebel National Transitional Council.

South Africa says it will approve $500-million of the package for urgent humanitarian assistance, but opposes the release of the ­remaining funds because the interim structure has not been recognised by the UN itself.

Cabinet spokesperson Jimmy Manyi said: “The South African government will always approach this matter in concert with the African Union and in the spirit of multilateralism. The government of South Africa condemns any form of violence and the doctrine of imposed regime change.”

South Africa voted in favour of UN Security Council resolution 1973 to protect civilians in Libya, but the move proved divisive at home. Government ministers have said they regretted the move when they saw Nato’s military intervention go beyond a no-fly zone, but commentators have described this as naive.

President Jacob Zuma has argued that the Libyan crisis is the latest example of Africa being shown a lack of respect by the rest of the world. “Those who have the power to bomb other countries have undermined the AU’s efforts and initiatives to handle the situation in Libya,” he said.

“The situation in Libya has been of concern as it has been accompanied by the undermining of the African continent’s role in finding a solution. We could have avoided a lot of loss of life in Libya.”

Zuma said powerful nations had abused the UN Security Council resolution “to further interests other than to protect civilians and assist the Libyan people”.

‘Unfolding situation’
A two-day AU Peace and Security Council meeting in Addis Ababa, which began on August 25, would deliberate on the “unfolding situation” in Libya, Zuma added. “The AU position has been the most logical one. It still has room in the situation right now.”

Domestic hostility towards Zuma for supporting the UN resolution has been led by the ANC Youth League.

Some ANC members feel residual loyalty to Gaddafi for his support during the struggle against apartheid. Former president Nelson Mandela was once quoted as saying: “Those who feel irritated by our friendship with President Gaddafi can go jump in the pool.”

There is also growing dissent at home. Stevens Mokgalapa, the Democratic Alliance’s international relations spokesperson, said: “It’s a political move. The South African government has obviously been on the side of Gaddafi from an ideological and historical perspective. It was inevitably going to create a foreign policy nightmare for South Africa. The government never foresaw a future without Gaddafi. They misjudged and mishandled it. It’s now about crisis foreign policy management.”

Veteran political analyst Allister Sparks said: “South Africa has established a position, which, I think, is foolish, of trying to show it’s not the servant of the West and that Africa should carve out its own independent way in international affairs.

“It’s a didactic approach. It strikes me as absolutely absurd that while people are dancing in the streets celebrating freedom, South Africa is resisting that. South Africa owes a lot of its freedom to foreign intervention, including the West. We end up on the wrong side, the side of tyrants.”

The government argues that the reconstructing of the Libyan state must be an inclusive process that incorporates elements of Gaddafi’s regime. It insists that it will not recognise any leadership in Tripoli until the meeting of the AU, which has been involved in failed mediation efforts.

Western diplomats are deeply concerned about South Africa’s stance because, they say, the funds need to be released to deal with the growing crisis of depleted fuel reserves in Libya. “The humanitarian situation is critical in Libya. We need the international community to free up aid to the people of that country,” said a Western diplomat.

“The assets belonged to the Libyan people and should be used to meet their needs. The international community must support the Libyans as they rebuild their country.”

The spokesperson for the department of international relations, Clayson Monyela, said “blatant lies” were being spread internationally that South Africa had blocked funds for humanitarian assistance in Libya.

Monyela said South Africa had agreed that a portion of the frozen money should be handed over to recognised international aid organisations, but it objected to the transfer of funds that the US wanted to be given directly to the rebels.

Government officials said that a stumbling block to the recognition of what they called “the Benghazi group” was that the AU Constitutive Act did not allow it to recognise governments that had come to power by illegitimate means.

Monyela said South Africa wanted an interim arrangement to be constituted after Gadaffi’s departure that included both rebels and elements of his regime, to bring about reconciliation in Libya. The interim authority would then work towards drafting a new constitution and other processes that would lead to free and fair national elections.

Zuma tried unsuccessfully to mediate in Libya as a member of the AU ad hoc team that made several trips to Tripoli when the rebellion got under way.