A game for all seasons 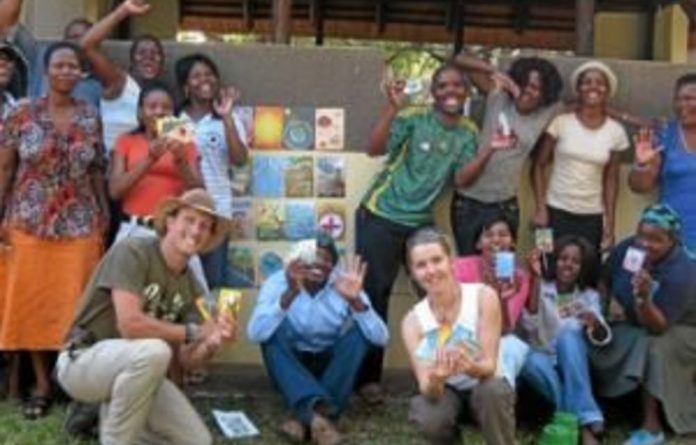 A fun, informative environmental game developed by pupils from a primary school in KwaZulu-Natal in 2007 has taken off nationally and is also being recognised internationally.

The game, Puzzling Climate Change, was developed by grade seven learners from Ensingweni Primary Eco-School near Mtunzini in Zululand with assistance from the Wildlife and Environment Society of South Africa (Wessa), based in Howick.

According to Cherise Acker, co-ordinator of Eskom’s energy and sustainability programme, “The learners decided to develop a picture-building game as a tool to try to help themselves and others understand the difficult and often puzzling concept of climate change.

They painted pictures of what they thought best represented the different concepts of climate change and then tested the game with different classes in their school.

“Once they knew the game worked, they made copies of it and sent it to other schools that were working on environmental projects.”

Acker said that the pupils “enjoyed it so much” that they decided to raise funds to get the artwork done by professional artist Lisa Steyn, who based the final result on the original pictures developed by Ensingweni Primary School’s pupils.

The project was then developed into something more professional with funding assistance from ABB, a company involved in the provision of power and automation technology solutions.

The game was reworked and refined with editing comments and educational advice from Professor Rob O’Donoghue of Rhodes University’s environmental education and sustainability unit, Dr Jim Taylor of Wessa, Liz Taylor of Project 90 x 2030 and Clare Peddie of Wessa Share-Net.

According to Peddie, “The game can be played in many ways, whether co-operatively or competitively. The key idea is that the cards depict some of the science, causes, consequences and lifestyle-change actions associated with climate change.”

She said one of the simplest ways is to divide the pupils into teams, asking questions and getting them to identify the correct picture.

Chesney Bradshaw, sustainability manager from ABB, said, “What is very useful about this resource is that it can be used across all ages, from children to adults, and for anyone who wants to learn more about protecting the Earth. The aim of this game is to instigate discussion and learning around this topic that is vital to all of us.”

For Anisa Khan of the eco-schools programme, “with the up-and-coming COP 17 in Durban [the 17th conference of the parties of the UN Convention on Climate Change in which countries come together to set mitigation and adaptation targets], what better way to get yourself au fait with the topic of the day: climate change.

This complex issue is often misunderstood simply because we don’t understand the concepts that are critical to understanding what climate change is, how it affects us and what we can do to make a difference.”

A grade six pupil from Nottingham Road Combined School said: “I like this game as it is fun and I have also learned more about what climate change is. It is nice to know that my class is on the right track as we all catch a taxi to get to school and we aren’t using separate cars, which put more carbon into the air.”

Since the game was first published in October 2009 it has been distributed to almost all the 1 000 registered eco-schools across South Africa. Wessa runs numerous international environmental training courses for the Southern African Development Community.

The full game and its instructions are featured in this edition of the Teacher. If you would like to purchase the game from Wessa, email: [email protected].