Mogoeng’s morning with the JSC 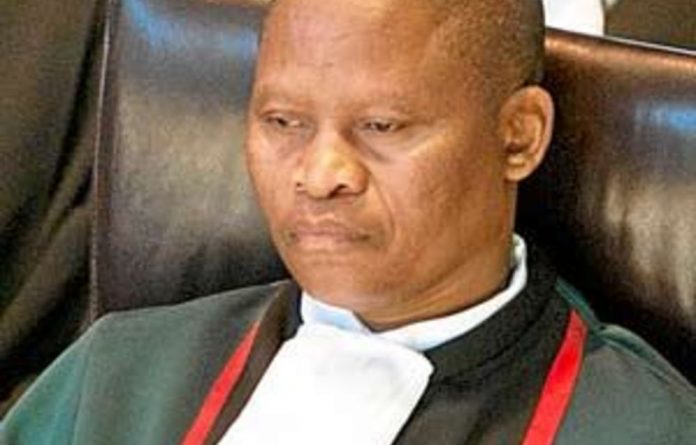 At about 10.45am on Saturday morning, Justice Mogoeng Mogoeng sauntered up to his seat at the foot of the Judicial Service Commission’s U-shaped set of tables in the Eastern Ballroom of Cape Town’s International Convention Centre, much like a heavyweight readying himself for a toe-to-toe bout.

Judging by the first round of questions and objections — mainly by commissioners either appointed directly by President Jacob Zuma, ANC MPs and the four ANC representatives from the national Council of Provinces — Mogoeng appeared to have a slim majority in his corner.

Perhaps none more so than Justice Minister Jeff Radebe, who appeared intent on mopping Mogoeng’s brow between bouts with a series of soft questions that allowed him to wax on about his administrative accomplishments, especially the two legal conferences he has organised over the past two years.

Radebe started by commending Mogoeng on his “dignified silence throughout the vicious campaign” against him in recent weeks by the media and legal pundits, and the “eloquent articulation” of his vision for the judiciary.

Criticism of the media proved to be a running theme of the hearing’s early exchanges, further articulated by a clearly angered Mogoeng, who sought to defend his jurisprudence and views on homosexuality, women’s rights and gender-based violence by reading, verbatim, his 47-page response to the JSC on the 23 submissions made so far.

Following on Mogoeng’s detailing of the recent success of the Access to Justice conference in July, Radebe asked: “Is my perception correct that you have the confidence of the judges of the Republic of South Africa?”

“Absolutely,” responded Mogoeng, which led to the first bit of spark of the morning, from acting chief justice Dikgang Moseneke: “How does one assess that?”

“Very easily,” responded Mogoeng, forwarding his “re-endorsement” by colleagues to head the investigation into case-flow management within the judiciary and the “enthusiastic participation” of judges in the Access to Justice conference in July.

To which Moseneke pointed out that “it may be one thing to run a conference quite another to be chief justice”.

A difference likely to be rigorously interrogated during further deliberations, although before adjourning for lunch Moseneke did offer this little apertif: “A chief justice is the intellectual leader of the judiciary: he is the visionary … the flag-bearer who must know how to fulfill the promises of the Constitution.” he said.