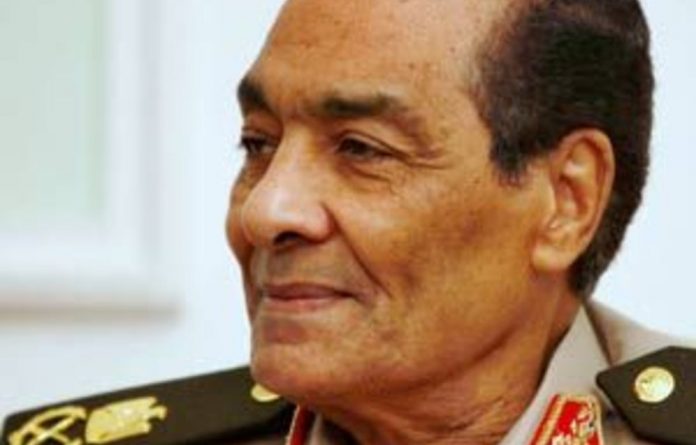 Thousands of protesters flocked to Cairo’s iconic Tahrir Square on Friday for a rally to demand reforms as the ruling military warned it would respond harshly to any violence by activists.

Organisers called the gathering to press Egypt’s military rulers to keep their promises of reform after a revolt ousted president Hosni Mubarak in February.

Protesters, gathered under a scorching sun, filled a section of the square to listen to the weekly Muslim prayer sermon.

“It would be shame on the Egyptian people if they forget their revolution,” the preacher said.

He criticised some of the prosecution witnesses in the ongoing murder trial of Mubarak and his security chiefs for testifying this week that they had not been ordered to use deadly force against protesters during the revolt.

‘False testimony’
“They must be charged with false testimony. How can a prosecution witness turn into a defence witness?” the cleric asked.

The preacher also denounced military trials for civilians. The military, which took charge after Mubarak’s ouster, has sentenced thousands of people to prison since February.

Protesters chanted slogans against the military ruler and current de facto head of state Field Marshal Hussein Tantawi after the sermon ended. Tantawi is set to take the witness stand on Sunday when the trial of Mubarak resumes.

Ibrahim Ali, an agricultural engineer, said he had come to the capital from northern Egypt to attend the rally.

“None of the revolution’s demands have been met,” he said. “There is still injustice in the country.”

The interior ministry said it had withdrawn riot police stationed in Tahrir Square to allow the activists to protest unhindered, the official Mena news agency reported.

Hundreds of football fans also demonstrated in front of the interior ministry near Tahrir Square to protest against Tuesday night’s clashes with police in which nearly 80 people were injured and dozens of cars torched.

There were no police guards outside the ministry, leaving the protesters to scrawl anti-police slogans on its front gates.

‘Stay inside’
Several protesters lined up to urinate on the gate while others peeled off a steel and brass eagle emblem from the gate, scrunched it up and threw it over the wall.

One protester threw a glass bottle at an officer inside who peeked over the gate, yelling: “Stay inside you son of a whore.”

But most of the protesters outside the hated ministry, whose forces largely collapsed during the revolt that overthrew Mubarak, insisted on keeping the demonstration peaceful and prevented others from carrying a ladder to the gate.

Friday’s protest was called by mostly secular and leftist activists, and is being boycotted by the influential Muslim Brotherhood movement and other Islamist groups.

‘Bored of demonstrations’
Mohsen Rady, a senior Brotherhood member, told state television his movement, which is showing growing strains with the military, believed Egyptians were weary of protests.

“People have grown bored of these demonstrations,” he said.

Secular activists are concerned that the military’s current timetable for parliamentary elections this autumn will play into the hands of the Brotherhood by denying new political movements the time to organise into parties.

The activists are also demanding an end to the military trials of civilians. — AFP