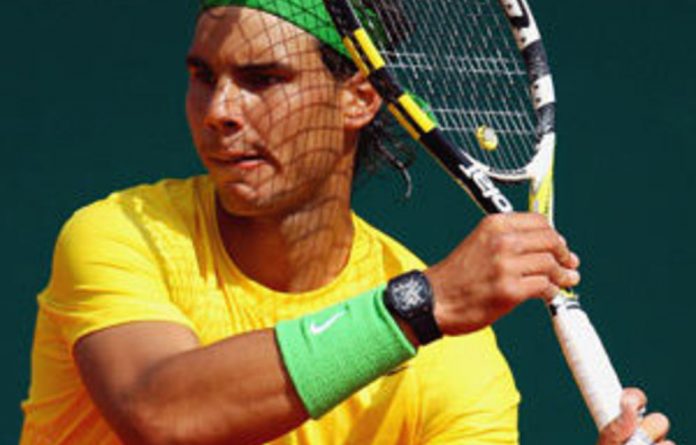 Rafael Nadal crushed France’s Jo-Wilfried Tsonga in straight sets to secure the winning point for Spain in a 4-1 victory which booked their spot in the Davis Cup final on Sunday.

World number two Nadal came away 6-0, 6-2, 6-4 winner in a one-sided match as the Spaniards lived up to their status of favourites on home clay to set up a meeting with Argentina who beat defending champions Serbia 3-1 in Belgrade.

Fernando Verdasco completed the rout for the hosts when he beat Richard Gasquet 6-2, 6-1 in the final dead rubber.

It was the second success of the weekend for Nadal who cast off fatigue and his US Open final loss to Serb Novak Djokovic to thrash Richard Gasquet 6-3, 6-0, 6-1 in Friday’s opening rubber and David Ferrer then defeated Gilles Simon 6-1, 6-4, 6-1.

Tsonga and Michael Llodra had kept France’s hopes alive on Saturday when they beat Spanish doubles duo Feliciano Lopez and Fernando Verdasco 6-1, 6-2, 6-0 to give the visitors their first point.

Tsonga, who achieved his first win over Nadal in three years at the Queen’s Club earlier this year, struggled to find his feet and his serve throughout the 2hr 17min rubber.

The tenth-ranked Frenchman got off to a disastrous start as he struggled to read his 25-year-old opponent’s game and had to wait until the second set to score his first point off the Spaniard’s serve.

Although Nadal forced the beleaguered Frenchman into making a string of unforced errors Tsonga (26) battled to get back in the second set.

He tried to play a serve and volley game, but Nadal moved 3-2 ahead and then 6-2.

Tsonga knuckled down again to lead 3-2 in the third set before dropping serve for 3-3 and he became visibly increasingly frustrated before falling to his sixth defeat in eight meetings with the Spaniard.

Spain host Argentina in December’s final in a re-run of the 2008 final which the Spanish won in Mar del Plata. — Sapa