Where sleep steals your dreams 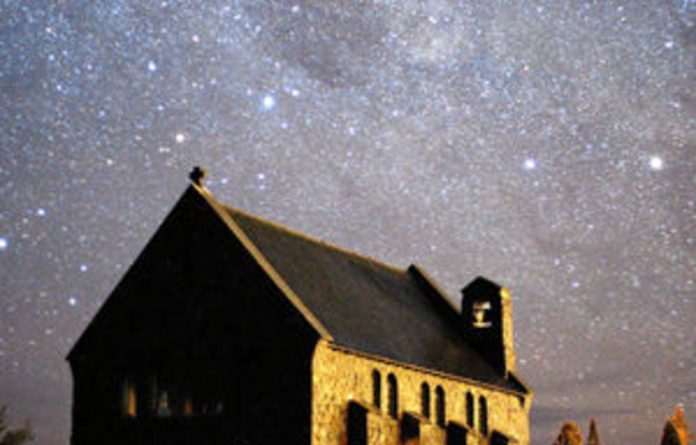 With no disrespect to the club scene in downtown Auckland, which I’m sure is humming, few people make the long flight to New Zealand for the nightlife.

The lure for travellers is rather the opposite — the great outdoors, the extraordinary freak-of-nature landscape, where a volcano or glacier might be a short drive from a Caribbean-style beach, with perhaps a shot of extreme-sport adrenaline thrown in. After all that, you’d guess the main point of a night in New Zealand is to recover from the strenuous activity of the day.

We, too, went to New Zealand — campervanning from Auckland in the north down to Milford Sound in the south — for the same reasons that draw everyone else — to enjoy the air, the beauty and the sea. It’s just that we made a discovery. That stuff does not disappear at sunset. On the contrary, the wonder of New Zealand only gets more luminous after dark.

We took the camper to Tauranga for an overnight fishing trip. Our youngest boy, then six, had only been fishing once — but, having glimpsed some extreme fishing shows on TV, he had fallen for the idea of casting a line not from the riverbank but from a boat in the deep Pacific. So we booked an overnight trip with Mike, a Scottish-born engineer who had travelled the world before settling on the other side of it, taking novices like us out on his 12m boat to see if they could learn their nibbles from their hooks.

Hidden pleasures
The day was a delight, standing on deck in the warm sunshine, either throwing out lines while the boat bobbed in one spot, or trailing bait behind us as we sped ahead into the Bay of Plenty. Before too long all of us were reeling in our share of tara-kihi, snapper or kingfish.

But the real pleasure came as the sun began to set and day turned to evening. Mike steered the boat into the relatively sheltered waters behind Motiti Island, where we anchored for the night. In the small, cosy quarters below deck he gutted, breaded and fried the tarakihi — rapidly devoured by two boys usually reluctant to have fish anywhere near their plates.

Exhausted from the day at sea, they were ready to get into bed and be rocked to sleep. Mike, however, knew the best was yet to come. He beckoned us back on to the fishing platform. The sun was long gone now, the ocean apparently black and empty — until our skipper turned on the bright deck light. Suddenly the waters were revealed as throbbing with life — full of silent, almost translucent jellyfish, swelling and pulsing in an elegant ballet around us.

The show was not over. Mike reached for a rod, gently lowering it into the water, as if stirring a pot — then turned off the light. Once our eyes had adjusted, we saw that, though the jellyfish had disappeared from view, the darkness was no longer absolute. Instead, the surface of the water was marked by trails of neon-bright green light — the phosphorescent glow of plankton. The sight was somehow reassuring, like seeing landing lights, ready to guide our craft home.

We were on the water again a few nights later — in McLaren Falls Park, a gorgeous preserve of native bush and birdlife bordering Lake McLaren, near Tauranga. We met our guides at dusk, snacking by the lakeside on fruit, cheese and plentiful supplies of New Zealand wine. Then, once all light had gone, we were handed our lifejackets and headtorches, and clambered into our canoes.

There is something utterly dreamlike about paddling on water in total darkness. Where else but in your dreams do you float, seeing nothing at all, with no familiar points of orientation, unsure whether land is close or far away? Only the white and red dots of our guides’ torches provided any clue.

Heavenly creatures
We glided on the water, avoiding marshes, steering down a narrow inlet until we were in a gorge lit up like the most dazzling planetarium.

What we were looking at was a galaxy full of glow-worms, clinging to the steep rock walls on either side, each one a bright star. It was the dead of night, silent but for the sound of falling water or a paddle breaking the surface — the only sight coming from those billion points of light. Somehow the moment combined both serenity and awe.

We hadn’t planned it that way but our next nocturnal jaunt had us gazing at stars of the genuine and distant variety. By now our campervan had trundled deep into the South Island, to the shores of Lake Tekapo — stunning enough by day, thanks to the electric blue water of the lake, so vivid it seems to have been touched up by the great Photoshop artist in the sky. But it’s the heavens that are the big draw here, thanks to the presence on Mount John of the only research observatory in the world that opens its doors to the non-astronomer public.

A combination of nature and smart planning — the local authority has imposed strict rules that keep light pollution to a minimum — has ensured a near-perfect view of the heavens.

Would-be stargazers gather close to midnight in the storefront of the Earth & Sky company. Then it’s into a minibus for the steep climb up the mountainside.

There, astronomers using hand-held green laser beams point at the stars, including the nearest beyond the sun, Alpha Centauri — a mere 4.5 light years away — revealing that it’s not in fact one star, but two. Then to the telescopes to gaze at the bright surface of … Jupiter, even glimpsing four of its moons. The effect of standing on that cold mountain in the early hours, on the other side of the world, gazing at distant worlds was humbling — making one feel tiny, a single creature on a single planet in a vast universe.

The skies above Lake Tekapo are on trial as a future Unesco world heritage site. For our urban family from London, it felt like a rare privilege indeed — and proof that the pure, unspoilt wonder of New Zealand does not end at sunset. Such beauty never sleeps. —